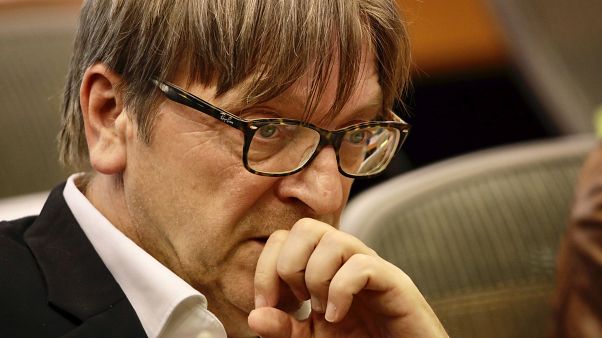 A former Belgian Prime Minister has told Euronews that Viktor Orbán is the reason for the high level of corruption in the country.

Guy Verhofstadt, who is now an MEP, was speaking about Hungary and Poland’s veto of the EU’s seven-year budget and pandemic recovery fund, after they objected to linking European funds to the respect for the rule of law, but further alleged that it is also linked to corruption.

“In most countries, 60-70 per cent of ordinary people find it absolutely normal that we stop with the transfer of money to a country that isn’t applying the rule of law, [and is now less of a] democracy, and it’s in the hands of corrupt people. Because it’s not only the question of the rule of law, it’s also a question of corruption. The latest report of OLAF was very clear about this. On the top list of corruption in the EU is Hungary. That’s certainly a responsibility of Mr. Orbán,” Verhofstadt told Euronews.

Hungary tops the list of OLAF, the EU’s anti-fraud agency, where irregularities with EU funds were found from 2015-2019.

The former Prime Minister went on to say that Hungary and Poland are actually hurting their own citizens by blocking the pandemic recovery fund, something he was surprised by.

“It’s the first time, I have to tell you, that in budget negotiations, I see a country blocking it because they receive money. So what they are doing, in fact, is penalising their own citizens. And if that is not possible, because I don’t see another way out. Then we need to start with enhanced cooperation based on article 326 of the Treaty, which gives the possibility, for example, for the 25 other Member States to go forward with the recovery fund, without Poland, and without Hungary,” Verhofstadt explained.

He also objected to Orbán’s “scandalous” comparison of the EU’s so-called rule of law mechanism to the Soviet Union.

“I think this is scandalous comparison because he has forgotten certainly that in the Soviet Union there were dictators there killing their people. Historians agree with each other that more than 20 million people died under the rule of the Soviet Union. To compare such a system, such tyranny to a democratic project, a peace project like the European Union – I find it scandalous,” the MEP said.

Hungary and Poland have still not withdrawn their veto of the EU’s budget, but Verhofstadt told Euronews that there will be no watering down by MEPs of the link between European values and money received.

Euronews has asked the Hungarian government for a response to these comments.