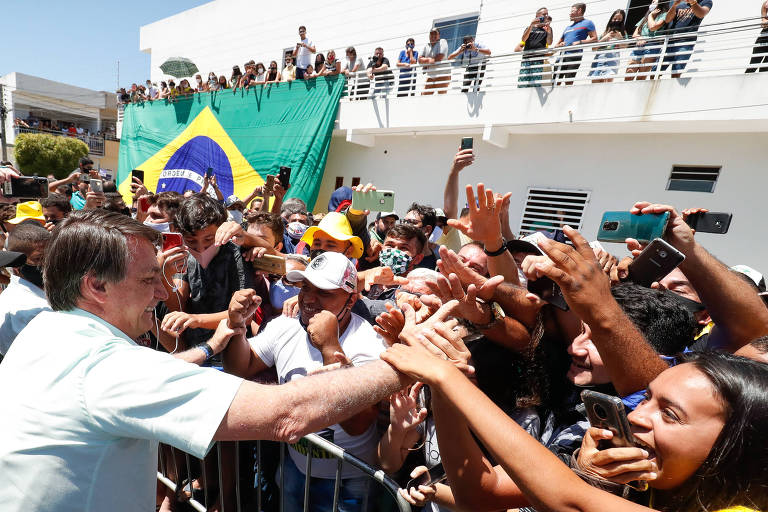 Fires are devastating the Pantanal, the Amazon and even the interior of SÃ£o Paulo. But on Thursday, President Jair Bolsonaro said Brazil should be congratulated for taking care of the environment.

The president’s statement comes at the moment when the Pantanal broke the historical record of fires for the month.

September 2007 had the highest number of fires in the biome, with 5,498 hot spots registered by the Program Burned, by Inpe (National Institute for Space Research).

Bolsonaro landed at Juazeiro do Norte airport, in CearÃ¡, and then took a helicopter to the city of Coremas, 400 km from JoÃ£o Pessoa.

The president arrived at 9:50 am, and after getting off the aircraft, he walked without a mask through the city center, where he greeted the population and supporters who were waiting for him.

The Solar Coremas Complex project, inaugurated by the president, is a private sector project, built in partnership with the Danish company Nordic Power Partners and the Brazilian developer Rio Alto Energia, with support from the Ministry of Mines and Energy and financing from Banco do Nordeste and the federal government. The complex currently has three phases already in operation.

Read the article in the original language