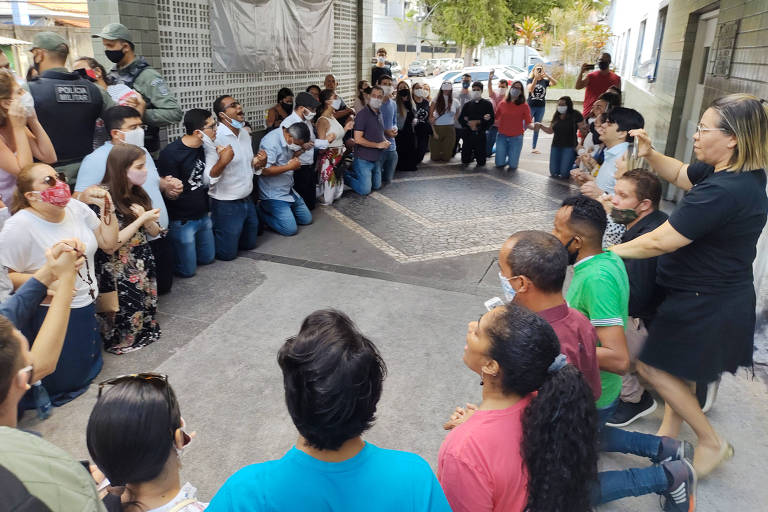 Brazilâs minister of women, family, and human rights, Damares Alves, maintained her public silence regarding the legal abortion performed on the ten-year-old girl from EspÃ­rito Santo, who became pregnant after rape. But Alves acted behind the scenes to prevent the child from receiving an abortion.

The minister coordinated a mission to transfer the child from SÃ£o Mateus (ES), where she lived, to a hospital in JacareÃ­ (SP), where she would carry out the pregnancy, despite the risk to the girl’s life.

To that end, Damares sent representatives of the ministry and political allies to the city of EspÃ­rito Santo. They tried to delay the termination of pregnancy and, in a series of meetings, pressured those responsible for conducting the procedure, including offering improvements to the local guardianship council.

Damares herself even participated in at least one of these meetings through a video call, as shown by Folha’s photos.

People involved in the process also claim that the minister’s representatives were responsible for leaking the child’s name to activist Sara Giromini, who published it on social networks.

The girl’s exposure violated the Child and Adolescent Statute and made the victim’s family the target of threats and pressure.

The case came to light on August 7, when it was revealed that the girl had become pregnant after four years of recurring rape by a family friend.

At the hospital, it was found that she fit the two conditions provided for by the Brazilian Penal Code for legal abortion: pregnancy after rape and risk of death (given her infant body). The third situation in which pregnancy can be terminated within the law, introduced by the Federal Supreme Court, is the fetus’s anencephaly.

Read the article in the original language