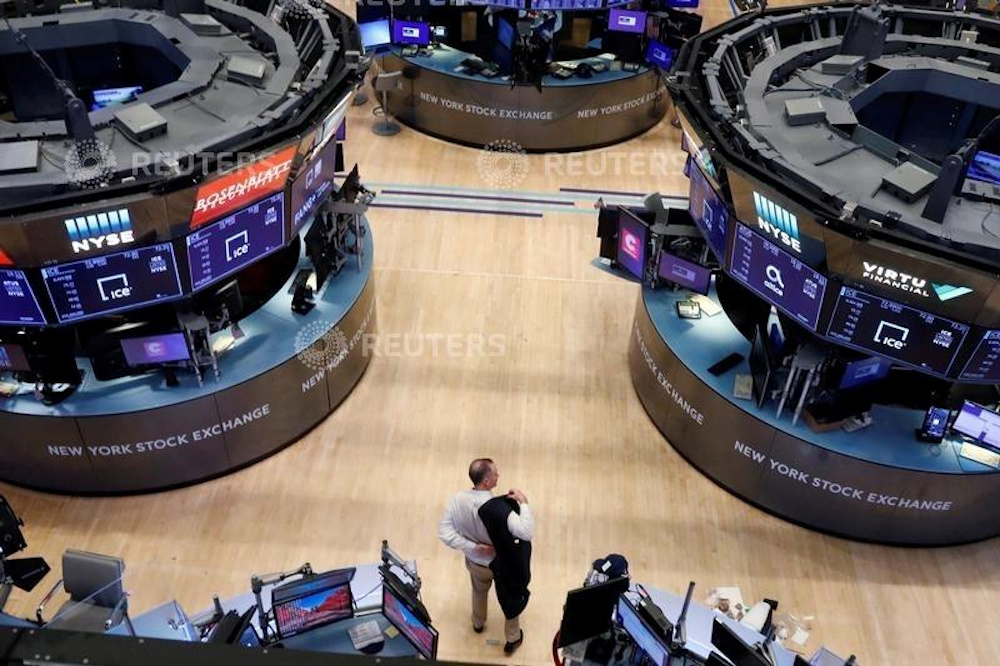 NEW YORK, Sept 18 — Wall Street opened with little enthusiasm today as stock traders digest the implications of Washington’s continued failure to agree on a new stimulus package to bolster the battered US economy.

After a buoyant August, stocks have been under pressure for most of September given doubts about whether lofty valuations are justified.

Congress and the White House remain deadlocked over additional spending to aid businesses and households despite tens of millions of job losses caused by the world’s worst coronavirus pandemic.

Tech stocks in particular have had rough trading sessions in recently after the Nasdaq posted multiple records last month.

Apple was trading 0.8 per cent lower, Amazon was down 0.2 per cent, and Google-parent Alphabet slipped 0.1 per cent.

Before trading began, Commerce Secretary Wilbur Ross said the US would ban on downloads or updates of popular video sharing app TikTok starting Sunday night following Washington’s threat to crack down on the app over national security concerns unless it could find a buyer in the United States.

Oracle, which is in talks to become the app’s US partner, fell 0.8 per cent. — AFP