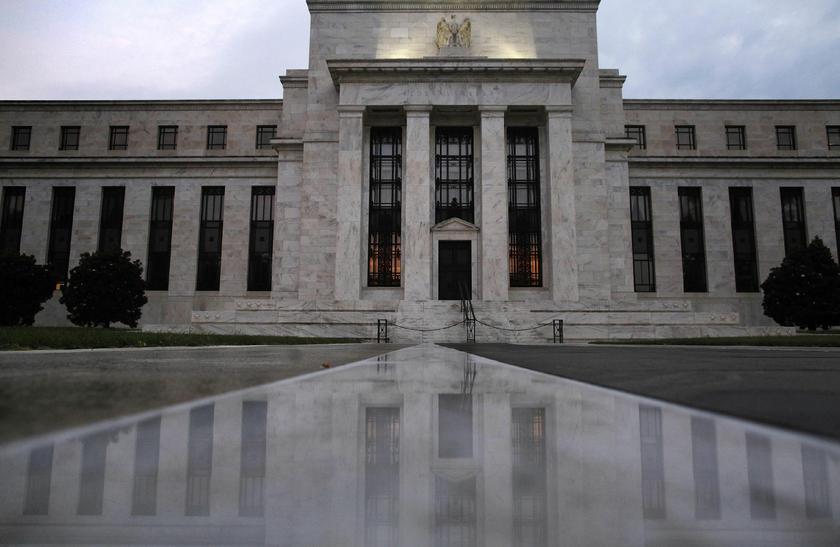 The dollar was down against its main rivals awaiting the US central bank outcome due 1800 GMT.

At the half-way point, London stocks slid as investors nervously eyed news that British inflation hit a near five-year low at 0.2 per cent in August on state stimulus measures for the virus-hit hospitality sector.

Possible deflation, which risk further job losses at a time when UK companies are shedding hundreds of thousands of jobs on virus fallout, is also a major concern for the eurozone.

The bloc’s Frankfurt and Paris stock markets enjoyed slender gains today after the Organisation for Economic Co-operation and Development cautioned that the virus-induced global recession will not be as deep as expected due to countries’ efforts to contain economic fallout from Covid-19.

“Investors may be keeping their powder dry ahead of the latest meeting of the US Federal Reserve with the central bank widely expected to hold rates near zero,” noted Russ Mould, investment director at online broker AJ Bell.

Global markets have enjoyed something of a respite from the roller-coaster ride seen earlier in the month, which saw a rout of previously surging technology firms, as vaccine hopes and upbeat economic data offset worries about fresh virus spikes and new containment measures.

With US lawmakers unable to agree on a new stimulus package—despite the first running out last month, leaving millions of Americans struggling—the onus has fallen on the US central bank to do much of the leg work in supporting the world’s top economy.

And while officials are not expected to unveil any fresh measures, having already indicated they will keep interest rates near zero for the foreseeable future, boss Jerome Powell’s post-meeting comments will be pored over for an idea about the outlook and clues to future policy.

There was little reaction to the World Trade Organization’s decision to uphold a Chinese complaint over additional US tariffs on around $250 billion of imports, which was slammed by Washington.

Meanwhile, US Democratic House Speaker Nancy Pelosi yesterday announced a new attempt to break weeks of deadlock with the White House and Republican-controlled Senate on passing a new stimulus package.

But with both sides miles apart on their proposals—Democrats are aiming for US$2 trillion and Republicans want to spend half of that—there is little expectation a deal can be made any time soon.

In London, British online retailer The Hut Group—which sells cosmetic and nutrition products across the world—launched the capital’s biggest stock market flotation so far this year.

THG, whose portfolio includes beauty website Lookfantastic and nutrition brand Myprotein, said in a statement on Wednesday that it has sold 35 percent of its stock, in new and existing shares, in an Initial Public Offering valuing it at £5.4 billion ($7.0 billion, 5.8 billion euros).

The company, which is based in Manchester, northwestern England, was founded in 2004, has seen its popularity surge this year as the coronavirus lockdown sparks a global online shopping boom. — AFP