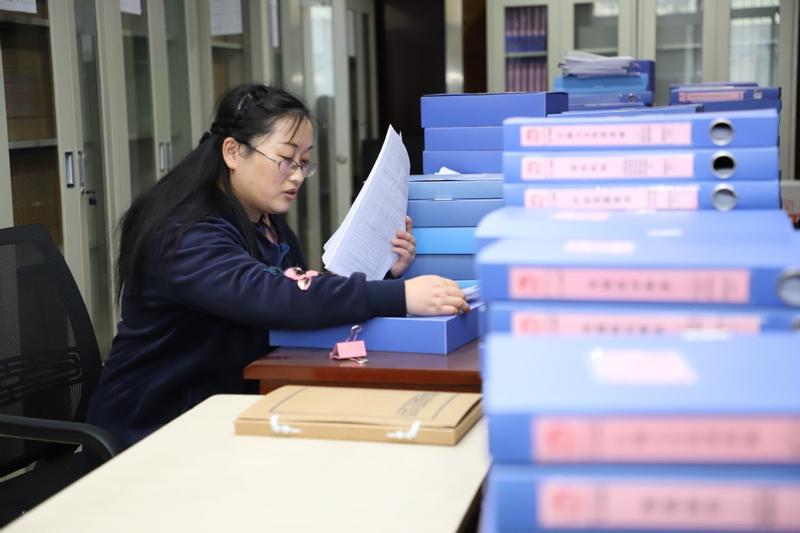 Tan Guirong, 43, said she felt guilty about her ailing husband’s death in November because she had been too busy with poverty alleviation work to give him the care he needed.

She said she is a qualified employee but a failed wife and mother.

Her husband, Wan Daihong, had tuberculosis and often quarreled with her for working so much for comparatively little income－about 3,000 yuan (US$464) per month. He questioned why she couldn’t behave like other working women who balance their jobs and their lives.

“My son went to school and my husband needed medication. I had no choice but to earn money to support the whole family,” Tan said.

I felt I needed to demonstrate my work ethic and prove my ability and value. Otherwise, I wouldn’t deserve my position or trust from others.

“Also, I felt I needed to demonstrate my work ethic and prove my ability and value. Otherwise, I wouldn’t deserve my position or trust from others.”

In 1999, Tan started working as a primary school teacher in Ebian Yi autonomous county, located in mountainous Leshan city, Sichuan province. In 2010, Wan was diagnosed with TB, and his condition worsened in 2013.

In 2016, Tan was among seven cadres from various departments hired by the county’s poverty alleviation office.

She said she took the job because when she was a teacher, she had to spend all day at school, leaving her little time to properly care for Wan. She thought the work hours in a government office－usually from 9 am to noon and 2 pm to 5 pm－were fixed, which would give her time to make breakfast and lunch for him each day.

Tan soon learned, however, that her new job would require her to work nearly 14 hours a day, often until as late as 11 pm.

“I had planned to shift my focus from work to my family by doing what I thought would be an easier job, but it turned out to be harder,” Tan said.

At the time, China was aiming to lift all the rural poor population under certain income standards out of extreme poverty last year. Tan worked around the clock for the past five years to help achieve that goal.

She was responsible for training inspectors who go to villages to check poverty alleviation performances by local governments. She then took note of problems found during inspections, reported them to her supervisor and issued notices from the office requiring local governments to perform their duties.

Every week, she spent 90 minutes commuting to Jiang’e village, where she visited three impoverished households to explain policies and helped the elderly do some chores and other favors. Each cadre in the office was assigned to assist several households.

“Many people tended to feel lost when they see others receiving more financial aid than them. I needed to explain policies to them patiently and let them know some extremely poor families deserve the support,” she said.

“It’s important to convince them of the rationality of these policies. If they don’t think we have done a proper job, we can’t continue our work smoothly.”

Her other tasks included taking phone calls from people seeking counseling about the policies, arranging cars for inspectors and checking on their attendance in assigned areas through photos they took there.

At noon each day when Wan was alive, she would pack part of her lunch from the office’s canteen for him because she had no time to cook. At night, she tried her best to arrive home early to cook dinner for him.

His doctor said he wasn’t allowed to breathe cold air due to his condition, so Tan was responsible for all tasks outside the home including doing the shopping, arranging her son’s school activities and paying bills.

Wan had also been advised to not eat leftovers, so she prepared fresh meals for him. She also did housework and changed dressings for him.

In 2019, she became busier, so she sent her parents to care for him as his own parents had died years ago.

“I couldn’t leave my job because it is hard to transfer it to another person,” Tan said. “My position was newly set up in 2016 when the county was gearing up for the poverty alleviation work. I gradually mastered the workflow after years of practice.

“I had no reason to complain as all my superiors also worked extra hours. My work performance was not only reflective of myself but more importantly the county’s poverty alleviation goals. I couldn’t be selfish.”

In October, Wan’s condition worsened. He died on Nov 25.

“I couldn’t save him. I felt powerless and guilty,” Tan said.

Last year, her son failed the national college entrance exam, known as the gaokao. The 19-yearold is now enrolled at the Chengdu Architecture Technical School in the capital of Sichuan, where he is learning vehicle repair.

“The death of my husband and my son’s poor academic performance are cruel blows to me. I am sorry that I couldn’t put all my energy into taking good care of my family,” she said.

“I don’t care about financial rewards or awards from work. I just want to do my job well and be a responsible and contributing person.”

In 2019, all 27,885 people in the county listed as impoverished were lifted out of poverty.