Editor’s Note: China Daily is publishing a series of stories focusing on major issues expected to be discussed at the annual sessions of the National People’s Congress and the National Committee of the Chinese People’s Political Consultative Conference, known as the two sessions, the biggest annual political event in China, which starts next week. Some stories will also look at how the participants in the two sessions, deputies and political advisers, perform their duties. 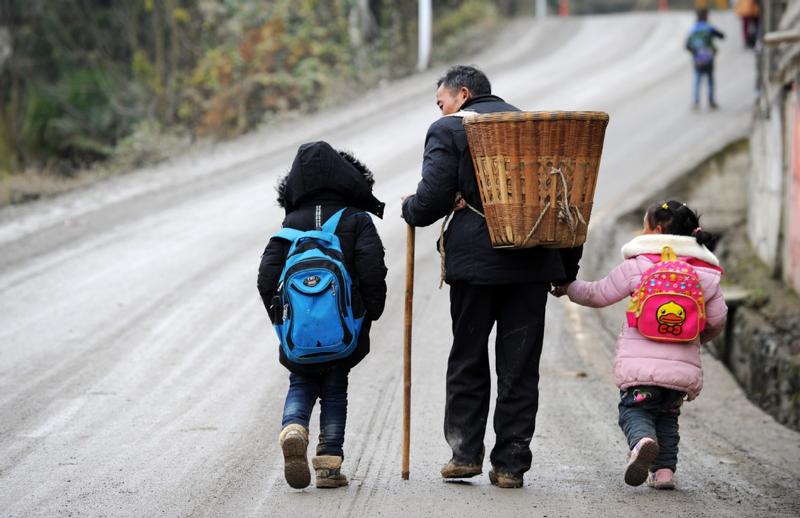 A key proposal made last year by national political advisers about consolidating the gains in poverty alleviation in China’s western region over the next five years after eliminating extreme poverty in the country will be incorporated into the country’s 14th Five-Year Plan (2021-25).

The draft of the 14th Five-Year Plan for National Economic and Social Development and the Long-Range Objectives Through the Year 2035 will be deliberated upon at the upcoming two sessions, the annual meetings of China’s top legislative and political advisory bodies. The event starts next week.

Last year, 4,115 proposals from national political advisers were handled by State Council offices and departments, and many of them have prompted the introduction of policy measures, according to official data.

During last year’s two sessions, 17 members of the CPPCC National Committee jointly proposed continued efforts to consolidate the achievements in poverty relief in the country’s western region after eliminating extreme poverty, given the challenges brought by the COVID-19 pandemic and the region’s weak development foundation.

Chairpersons of nine CPPCC provincial committees in China’s western region, including Shaanxi, Sichuan, Gansu, Qinghai, Yunnan and Guizhou provinces, were among the 17 proposers, who suggested ensuring financial input and strengthening infrastructure construction to improve conditions for development in the region during the 14th Five-Year Plan period.

During last year’s two sessions, 17 members of the CPPCC National Committee jointly proposed continued efforts to consolidate the achievements in poverty relief in the country’s western region after eliminating extreme poverty, given the challenges brought by the COVID-19 pandemic and the region’s weak development foundation

They also suggested financial support for medical care, education, health, employment and social security and improving the ecological compensation mechanism for environmental protection in the region.

Listed as a key proposal last year, it was transferred to the State Council Leading Group Office of Poverty Alleviation and Development and other related departments for reference, according to the committee for handling proposals.

To follow up on the handling of the proposal, Wang Yang, chairman of the 13th CPPCC National Committee, led a team to Gansu province in August to conduct a survey with national political advisers experienced in poverty relief work and government officials from poverty relief, reform and development, agriculture and financial departments.

The team visited all counties in the Linxia Hui autonomous prefecture of Gansu. They visited resettlement sites for people moving from uninhabitable places, as well as factories and farms, and talked with grassroots poverty relief officials and villagers, said Li.

After the survey, they held a meeting in Gansu, in which national political advisers and government officials exchanged ideas to promote the better handling of the proposal.

At the meeting, Wang, the chairman, said as 2020 was the point when the country ended the battle against poverty and formulated the 14th Five-Year Plan, conducting surveys and consultation on the proposal to consolidate poverty relief work showed that consultation should be conducted before and during decision-making.

He called for targeted methods to ensure the stability, effectiveness and sustainability of poverty relief mechanisms, resources and policies, and innovation in ways of consolidating the achievements made in poverty-relief work.

In November, the State Council Leading Group Office of Poverty Alleviation and Development replied to the proposers in an official letter that their suggestions would be incorporated into plans and policies to consolidate the achievements of poverty alleviation during the 14th Five-Year Plan period.

Li said the proposers and government officials reached many points of consensus after discussion at the meeting and many of the suggestions were adopted in the Party leadership’s proposals for formulating the 14th Five-Year Plan.

Last year, the CPPCC National Committee also set up a “fast channel” for handling proposals related to pandemic prevention and control. Under the mechanism, proposals could be sent to related departments in a timely manner to ensure that the suggestions were as effective as possible.

Liu Liqun, deputy director of the general office of the National Health and Family Planning Commission, said: “Their proposals have played an important role in promoting the prevention and control of the pandemic.”

Last year, the commission dealt with 1,103 proposals from national political advisers, including 291 about epidemic prevention and control, according to Liu.