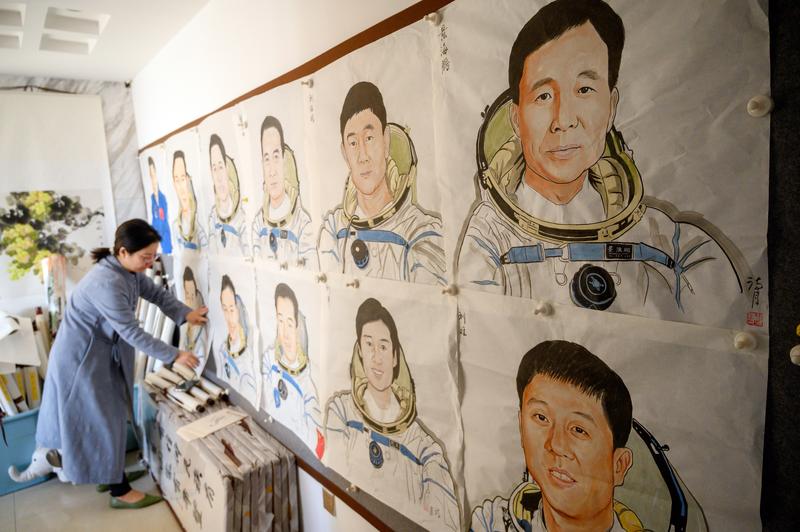 The three crew members of the Shenzhou XII mission were awarded medals on Tuesday to honor their contributions.

Nie was commander of the Shenzhou XII mission while Liu and Tang were crew members. They are members of the People’s Liberation Army Astronaut Division, which is headquartered in northwestern Beijing.

The Shenzhou XII was launched on June 17 by a Long March 2F rocket from the Jiuquan Satellite Launch Center in northwestern China’s Gobi Desert. It was the first manned flight to visit the country’s permanent space station, named Tiangong, or Heavenly Palace.

As its first inhabitants, the crew flew for 90 days in the space station and made two spacewalks, using a large robotic arm and other equipment to install and adjust devices outside the station. They also performed a number of scientific experiments and technological tests, and made video calls with President Xi Jinping and hundreds of researchers, teachers and students in Hong Kong.

Their work laid a solid foundation for the next steps in the Tiangong program, which aims to build a multisection space station by 2022, space experts said.

They returned to Earth on Sept 17 as their reentry capsule touched down at the Dongfeng Landing Site in the Inner Mongolia autonomous region.

The statement called the astronauts outstanding representatives of Chinese science and technology professionals, space industry workers and PLA service members, who used their wisdom and devotion to make Shenzhou XII a complete success.

The CPC Central Committee urged the Chinese people to learn from their spirit and contributions in order to work harder for the Party and the country.