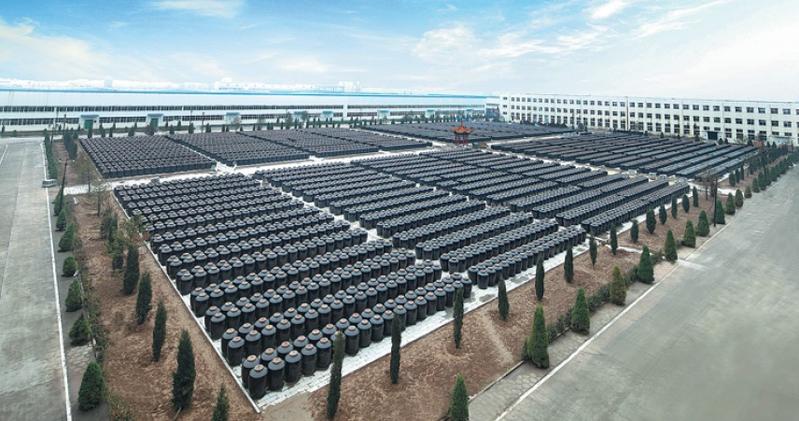 With over 10,000 vinegar jars at its factory, Shuita is a renowned producer for its high-quality vinegar made using traditional techniques. (ZHAO YANTING / FOR CHINA DAILY)

Qingxu county in central Shanxi province has been recognized as “the capital of vinegar in China”, the county government said on Jan 8.

According to a document released by the China National Light Industry Council and the National Food Management Center of China Light Industry, Qingxu is so named for its long history and high-quality vinegar production.

Liu Zixia, vice-mayor of Qingxu, said at the Jan 8 news conference that Qingxu is the largest production base of vinegar products in the nation. It has 45 certified vinegar producers, which collectively produce 700,000 metric tons of edible vinegar each year. This accounts for about 80 percent of Shanxi’s and nearly 30 percent of China’s total vinegar output.

According to a document released by the China National Light Industry Council and the National Food Management Center of China Light Industry, Qingxu is so named for its long history and high-quality vinegar production

She added that the county is home to two nationally and 14 provincially well-known trademarks in the edible vinegar industry. Local enterprises have developed more than 200 product varieties that are being sold across China and in more than 20 foreign countries. The vinegar industry generated a combined revenue of 7 billion yuan (US$1.08 billion) last year.

Liu said Shanxi’s and the nation’s vinegar industry originated in Qingxu, with a history of about 2,500 years.

“Qingxu is especially renowned for its matured vinegar. The centuries-old techniques for vinegar making, which involve steaming, fermenting, smoking and maturing, were included on the national list of intangible cultural heritage in 2006,” she said.

Among the many vinegar-producing enterprises throughout the county, Baoyuan Matured Vinegar Factory in Yangfang village is among the oldest. Locals say the company is the perfect place for people who want to develop a deep understanding of the industry’s history in Shanxi.

Baoyuan had been a top-quality vinegar producer since the Ming Dynasty (1368-1644) and its products were supplied to the royal kitchens of the Ming and Qing (1644-1911) dynasties.

Nowadays, the old factory site is a museum that shows the history of vinegar production in Qingxu. It does not produce vinegar for the market anymore.

In the museum are old vinegar-making equipment and documents recording the ancient production techniques.

One of them, a Northern Wei Dynasty (386-534) book called Qimin Yaoshu, said there were 22 methods in vinegar making in Qingxu. It says Qingxu began its commercialized vinegar production in the Western Han Dynasty (206 BC-AD 24).

ALSO READ: Leaving it all on the table

A variety of the current vinegar products are on display in the museum, giving visitors an opportunity to taste the authentic vinegar of Qingxu.

“I thought vinegar should be sour in taste,” a visitor said. “Now, I recognize the richness of the taste of Qingxu vinegar was beyond my expectations.”

Although the Baoyuan factory site has been transformed into a museum, its products continue to be made.

The company evolved into Shuita Vinegar, owner of one of the two nationally renowned trademarks in Qingxu. The company is still making vinegar products with ancient techniques in the county.

Li Yali contributed to this story.