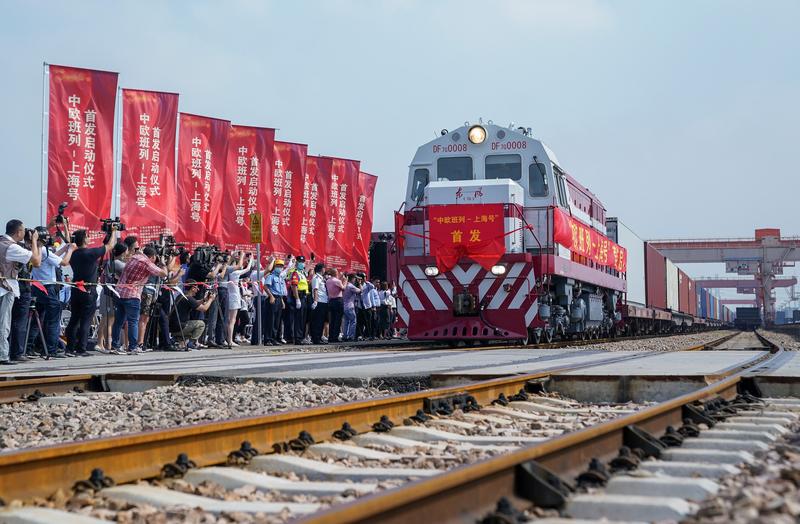 China and the European Union, two major markets that share broad common interests, should strengthen cooperation and manage differences to develop a sound relationship, according to analysts.

Ding Chun, director of the Center for European Studies at Fudan University in Shanghai, said the common interests of China and the EU far outweigh their differences, and both sides should tackle distractions and challenges to seek new progress in advancing the China-EU Comprehensive Strategic Partnership.

China has attached great importance to its relations with Europe, with the Chinese government maintaining frequent communication with leaders of the EU and its member countries in the past year, Ding said, stressing that it is in the common interest to strengthen strategic communication and jointly promote the sound and steady development of Sino-EU relations.

Tian Dewen, deputy director of the Institute of European Studies at the Chinese Academy of Social Sciences, said relations between China and the EU saw new challenges last year, with some “forces in Europe” grossly interfering in China’s internal affairs and frequently stirring up trouble on issues related to the Xinjiang Uygur autonomous region, Hong Kong, the South China Sea and the Taiwan question.

In March, the EU imposed sanctions on four Chinese officials and one entity based on lies and disinformation involving alleged human rights violations in Xinjiang, Tian said, adding that in May, the European Parliament passed a resolution to freeze ratification of the EU-China Comprehensive Agreement on Investment after seven years of negotiations－again over alleged human rights violations.

“When we examine the future of China-EU relations, we should not be unduly influenced by these negative elements,” he said. “Sound China-EU relations over the past 30 years have brought huge benefits to both sides and the world at large, and many twists and turns along the way have eventually been overcome.”

Tian said practical cooperation between China and the EU has made significant progress against the backdrop of the pandemic.

Despite COVID-19, economic cooperation has progressed, with trade volume between China and the EU reaching 5.35 trillion yuan ($843.6 billion) last year, a rise of 19.1 percent from 2020, according to the General Administration of Customs.

The EU continues to be China’s second-largest trading partner after the Association of Southeast Asian Nations, and China has surpassed the US to become the EU’s largest trade partner.

The freight services have played an important role in realizing unimpeded trade between China and Europe and in handling supply chain challenges in Europe and Asia.

Moreover, China has established a multi-tiered and multi-area strategic dialogue mechanism with the EU and its member states, which plays an important role in ensuring the stability of bilateral political cooperation.

Tian added that China and the EU are committed to multilateralism. Despite their differences in ideology, social systems and interests, they share broad common ground in addressing climate change, protecting biodiversity, combating terrorism, and preventing nuclear proliferation.

“As responsible international players, there will be increasing areas of political cooperation between China and the EU and its member states, because this is in the common interests of humankind,” he said.

Tian said relations between China and the EU face opportunities and challenges this year. It is important for both sides to be pragmatic, seek common interests and manage their differences properly, which will benefit not only them but also the global economy and stability.