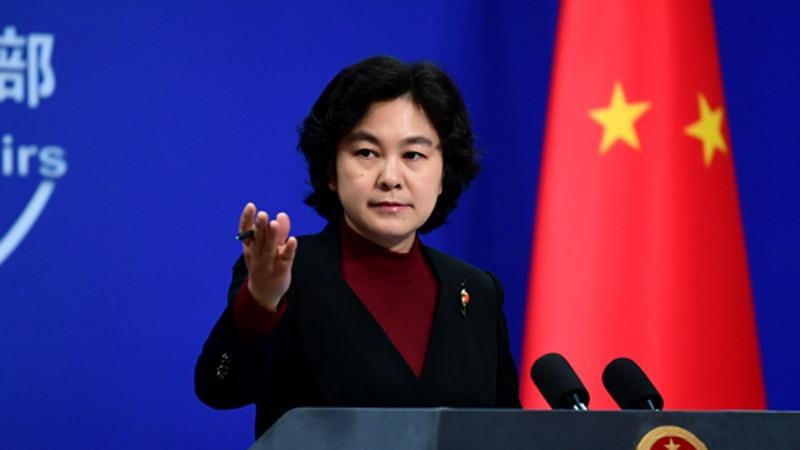 China accused Canada on Thursday of rallying some countries to issue a so-called declaration against arbitrary detention, saying that using “megaphone diplomacy” or ganging up to suppress China is futile and will only lead to a dead end.

Foreign Ministry spokeswoman Hua Chunying made the remark after Canada on Monday issued the declaration. At its launch, the executive director of Human Rights Watch accused China of the “arbitrary detention” of two Canadians, Michael Kovrig and Michael Spavor.

At its launch, the executive director of Human Rights Watch accused China of the “arbitrary detention” of two Canadians, Michael Kovrig and Michael Spavor

China firmly opposes the declaration, which it calls a distortion of facts, Hua said. She added that Beijing has lodged stern representations with Ottawa over the issue.

According to Hua, some countries were coaxed by Canada and already have canceled their decisions to sign. There also are some countries on the signing list that said they were not aware of signing the declaration, she said.

Canada’s claim that it gained support from other countries is just a “spiritual victory”, Hua said.

She said Canada’s ulterior motives have caused it to confuse right with wrong by equating the case of Meng Wanzhou, Huawei’s chief financial officer, with those of Kovrig and Spavor, which she said are completely different in nature.

Hua said Canada has arbitrarily detained Meng, who she said has violated no Canadian law, for over two years.

“What Canada has done in Meng’s case is an exact testimony to arbitrary detention of foreign citizens,” Hua said. The so-called declaration is more like a confession of Canada’s mistakes in Meng’s case, she added.

While boasting about upholding the rule of law, Canada acts as an accomplice of the United States in arbitrarily detaining Chinese citizens, an act that is hypocritical and despicable, she said.

If Canada truly opposes arbitrary detention, it should match words with actions by releasing Meng and ensuring her safe return to China, Hua said.

Kovrig and Spavor were arrested and charged by competent authorities in China in accordance with laws against undermining China’s national security, she said, adding that Chinese judicial organs handle the cases independently according to law, and the two Canadians’ lawful rights have been guaranteed.