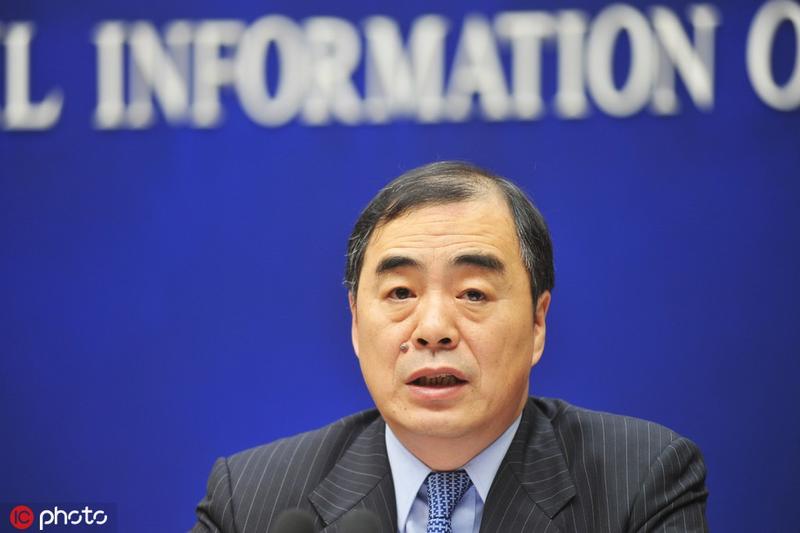 Kong made the remarks at a speech delivered at a symposium on international relations held here on Friday.

He noted that maintaining sound and steady development of China-Japan relations not only serve the fundamental interests of the two countries but also is the shared aspiration of the regional countries.

China always develops its relations with Japan with goodwill and sincerity, Chinese Ambassador to Japan Kong Xuanyou said, hoping that Japan can translate its positive remarks on growing steady ties with China into actions and demonstrate them via concrete policies

China always develops its relations with Japan with goodwill and sincerity, Kong said, hoping that Japan can translate its positive remarks on growing steady ties with China into actions and demonstrate them via concrete policies.

Kong said that in order to achieve real stability in China-Japan relations, the several important questions should be well addressed.

Firstly, is China really a threat to Japan or not? Based on ideological bias, misunderstanding and misjudgement, some people in Japan describe China’s development as a challenge and threat to Japan and they provoke anti-China sentiment.

These noises should not be allowed to evolve, Kong said, noting that no one can deny China-Japan relations have made great progress and delivered huge benefits to the two peoples.

With interests so deeply intertwined and exchanges so frequent, do the two countries have any reasons not to be friends and partners? Kong asked while pointing out that it has long been the political consensus between China and Japan that they are cooperative partners and not threats to each other.

Kong expressed the hope that Japan can adopt correct perception of China, look at China’s development in an objective and rational way and implement more positive China policies.

Secondly, should China and Japan engage in competition or cooperation? Kong said competition cannot be eliminated and it is also unnecessary to be excluded, but it should be fair, open and healthy, and can improve each other and promote each other’s development.

Some people in Japan advocate cooperating with the United States to suppress Chinese high-tech firms and seek “suspending supplies”, “decoupling” and “desinicization” as regards China, Kong pointed out, saying that such a move does not show open and confident mind and violates the principles of market economy and free trade.

Kong called for focus on cooperation between China and Japan and continuously expanding shared interests while in cooperation so as to achieve mutual benefits and win-win results.

Thirdly, how shall China and Japan handle conflicts and differences? Kong said the four political documents between China and Japan have established rules for dealing with important issues such as Taiwan-related issues, and also affirmed important principles including non-interference in each other’s internal affairs.

In recent years the two sides have also reached some new consensus on properly handling maritime issues and other sensitive issues, he said, adding that history proves that as long as the two countries act by earnestly following these rules and principles, bilateral relations will move along a steady and sustained path; otherwise, things will go wrong.

Kong noted that recently the Japanese side has made notably negative acts on issues relating to Taiwan, Xinjiang and Hong Kong, causing serious disturbances to bilateral relations.

He hoped that the Japanese side, as China’s close neighbor, will earnestly honor its commitments, show basic respect for China’s internal affairs, stop harming China’s core interests so as to avoid causing more damage to bilateral relations.

Fourthly, what responsibilities shall China and Japan undertake? Kong said both sides should actively fulfill their international responsibilities and make due contributions to regional and global development.

This has been the political consensus repeatedly affirmed by leaders of both countries, he said, adding that China will never accept some people’s one-sided demand for China to follow so-called “rules” made by a handful of countries.

Kong said multilateral fields should become the platform for China-Japan cooperation, instead of fight. He hoped that the Japanese side will broaden its vision and mind, join hands with China, take on its responsibilities and actively respond to expectations from the regional and international society.

Fifthly, how should Japan make choices in the China-US game? Kong said China has never asked Japan to take sides and never interfered in Japan developing normal relations with the United States.

However, the Japan-US alliance should never constitute any damage to China’s interests, he noted.

While Japan has an alliance treaty with the United States, it also has the peace and friendship treaty with China, Kong said, hoping Japan maintain its strategic autonomy, handle its relations with China and the United States in a balanced and proper way, and play a constructive role in promoting a benign interaction between China, US and Japan.

The year 2022 will mark the 50th anniversary of the normalization of China-Japan diplomatic ties.

The ambassador expressed the hope that both sides will review their original intentions in normalizing the diplomatic relations, learn from experiences of the past 50 years’ relations and build more solid, resilient, mature and sound relations, so as to benefit peoples of both countries as well as the region and the world.