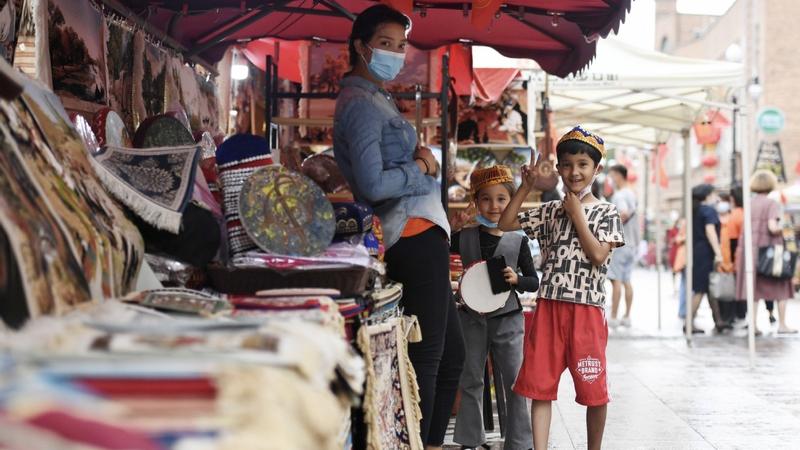 BEIJING – A Chinese Foreign Ministry spokesperson on Monday said the United States, with its poor human rights record, is not qualified to be a “human rights defender.”

“Raising the ‘Xinjiang human rights issue’ is a bare political conspiracy, with an intention to undermine the prosperity and stability of Xinjiang while hindering China’s development,” spokesperson Zhao Lijian said at a press briefing in response to a question concerning US President Joe Biden’s remarks on China’s Xinjiang.

Noting that Xinjiang is a place with social stability, economic development, ethnic unity and religious harmony, and the Xinjiang people of all ethnic groups enjoy happy lives with their legitimate rights fully guaranteed, Zhao said that the so-called “oppression” and “forced labor” problems among the Uygur people in Xinjiang are a total lie.

“The United States claims to be a champion of democracy and human rights, yet its own record has been quite poor,” he said.

More than 700,000 American people have died during the COVID-19 pandemic due to the government’s poor response, and the United States has wantonly waged wars, killed civilians in other countries, and created humanitarian disasters by imposing unilateral sanctions, according to Zhao.

The facts have proved time and again that the self-styled “beacon of democracy” of the United States has collapsed, and the country is not qualified to be a “human rights defender”, still less a “presumptuous preacher”, he said.

“The United States should deeply reflect on its poor human rights record, mind its own affairs, and stop interfering in other countries’ internal affairs and undermining their interests on the pretext of human rights,” Zhao added.