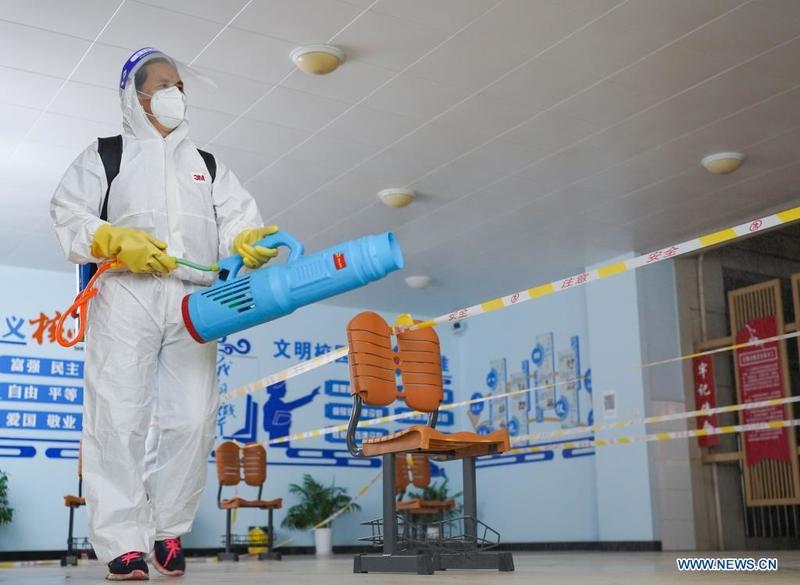 BEIJING/NANJING – The virus strain behind the latest clusters of COVID-19 cases in Nanjing, capital of east China’s Jiangsu province, has been identified as the highly infectious Delta variant, local authorities said Tuesday.

The recent spike in infections in the city can be attributed to the special location of the outbreak and the highly contagious nature of the strain, said Ding Jie, vice-director of the city’s center for disease control and prevention, at a press conference.

Nanjing, a mega-city with a population of more than 9.3 million, has seen daily increases of locally transmitted COVID-19 cases since a few airport workers tested positive for coronavirus last week.

Ding confirmed that the latest outbreak first emerged among airplane cabin cleaners of the Nanjing Lukou International Airport. The virus has since spread through their work environment and social activities.

So far, the virus cluster in Nanjing has involved airport workers and their contacts, but new infections were also reported among flight passengers in other parts of China who have visited the Nanjing airport.

Sichuan province in southwest China on Saturday also reported a confirmed COVID-19 case in the city of Mianyang, after it launched mass testing among travelers from Nanjing.

The mainland on Monday reported 31 new locally transmitted COVID-19 cases, all in Nanjing, according to the authorities

On Monday, northeast China’s Liaoning province reported three asymptomatic cases in the city of Dalian, who had transited via the airport and spent around two hours there.

Nanjing Lukou International Airport is a busy airport that handled more than 30 million passengers in 2019.

The city of Nanjing has launched its second all-inclusive nucleic acid testing campaign and urged residents not to leave the city unless necessary.

The city has launched a second round of all-inclusive nucleic acid testing and urged residents not to leave the city unless necessary. 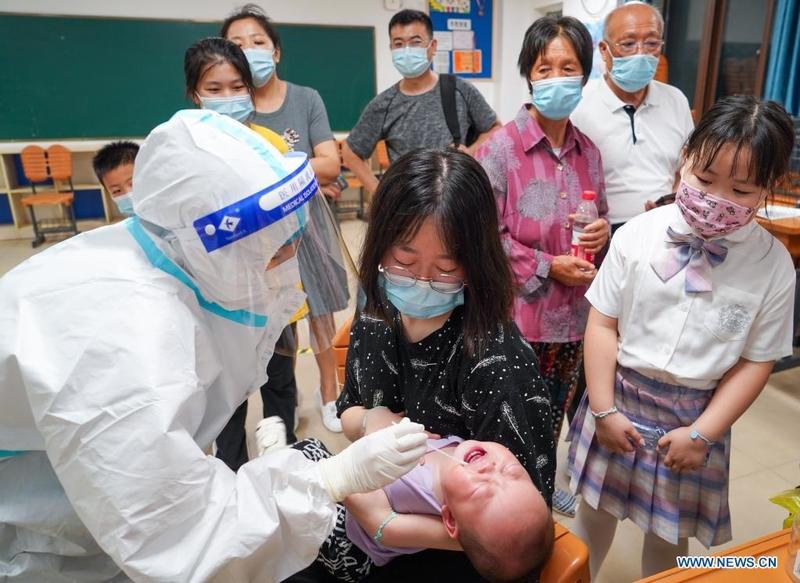 A medical worker collects a swab sample from a baby for COVID-19 test at a testing site in Jiangning district of Nanjing, capital of east China’s Jiangsu province, July 24, 2021. (LI BO / XINHUA)

All the cases of were reported in the Nanjiang, local authorities said, adding that seven of them were previously categorized as asymptomatic carriers.

The mainland also saw 40 new imported cases, 19 of which were reported in Yunnan, 13 in Guangdong, four in Shanghai, three in Jiangsu and one in Sichuan, the commission said.

Four new suspected cases from outside the mainland were reported in Shanghai, while no additional deaths related to COVID-19 were posted.

There were 795 patients still receiving treatment, 20 of whom were in severe conditions, the commission said.

By the end of Monday, 7,286 imported cases had been reported with no fatalities.

A total of 11,701 COVID-19 patients in the Hong Kong SAR had been discharged from hospitals following recovery, while 53 in the Macao SAR, and 12,603 in Taiwan.

More than 1.56 billion doses of COVID-19 vaccines had been administered on the mainland by Monday, the commission said.