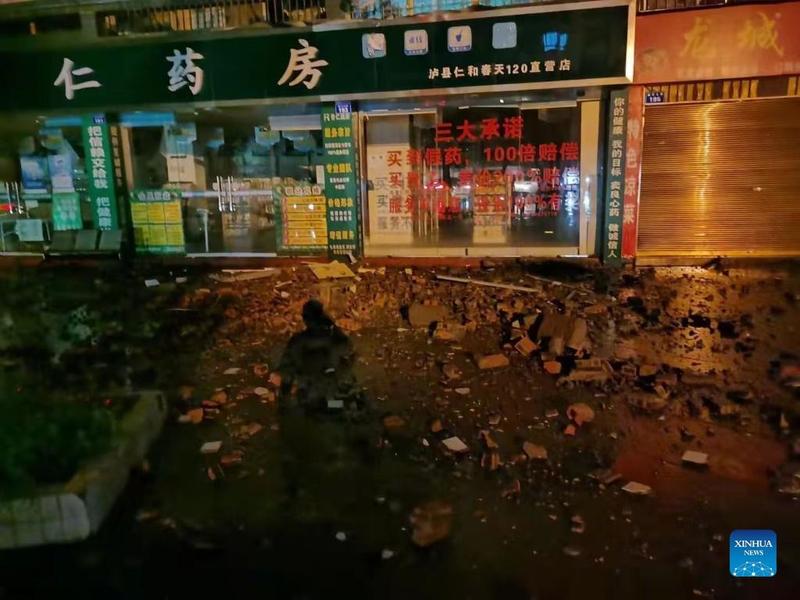 Photo taken with a mobile phone on Sept 16, 2021 shows debris from damaged buildings in Luxian county of Luzhou city in Southwest China’s Sichuan province. Sichuan province has initiated a level-II emergency response after a 6.0-magnitude earthquake jolted Luxian county at 4:33 am on Thursday (2033 GMT Wednesday). According to China Earthquake Networks Center, the epicenter was monitored at 29.2 degrees north latitude and 105.34 degrees east longitude. (PHOTO / XINHUA)

The China Earthquake Networks Center said the epicenter of the quake was at 29.2 degrees north latitude and 105.3 degrees east longitude. The quake struck at a depth of 10 kilometers.

Zhang Zhiwei, a senior engineer at the Sichuan Seismological Station, said the earthquake was not related to the Wenchuan earthquake in Wenchuan county, Sichuan, which occurred in the Longmenshan fault zone on May 12, 2008, killing over 69,000 people, with another 17,900 listed as missing.

The Luxian earthquake took place in the Huayingshan fault zone in the Sichuan Basin. The fault zones are far apart and belong to different structures, Zhang said. 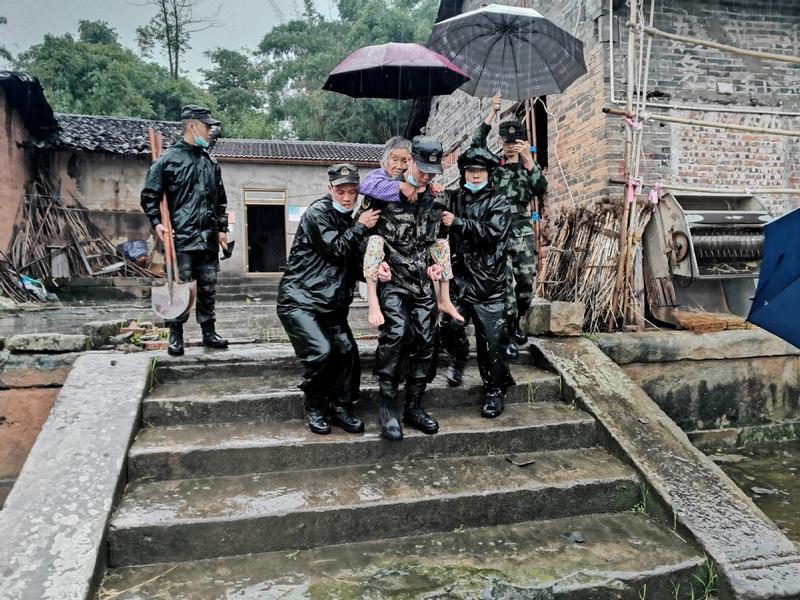 According to a comprehensive analysis of regional structural characteristics, historical seismicity levels and seismic sequence characteristics, there is little possibility of a larger earthquake in Luxian in the near future, but aftershocks will continue for a period of time, the Sichuan Earthquake Bureau said.

“Six seconds before seismic waves reached Luzhou (a city that has Luxian under its administration), the network had provided an early warning,” said Wang Tun, head of the Institute of Care-Life.

A real-time earthquake early warning system has been installed on TV sets and mobile phones in many parts of the country, and residents can use it to save themselves from earthquakes, he said. 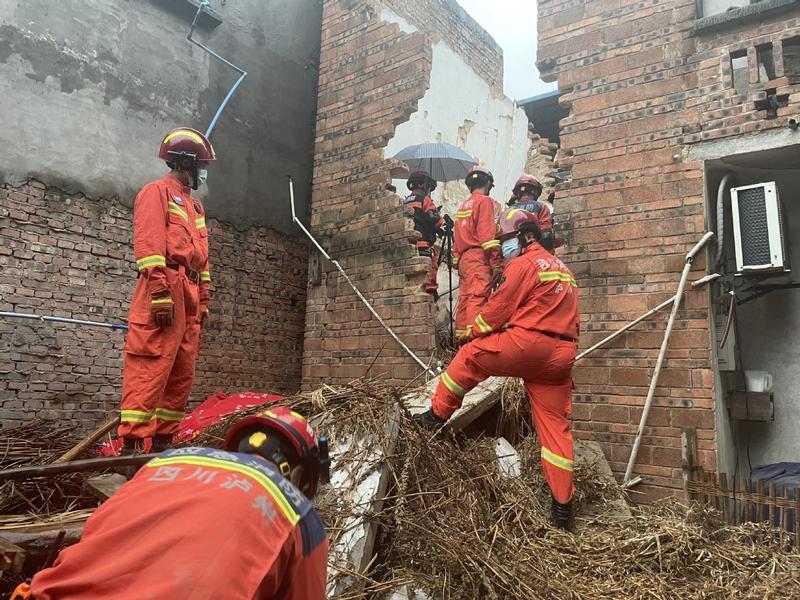 Chen Huizhong, a senior research fellow with the China Earthquake Administration’s Institute of Geophysics, said that meant people in nearby areas could escape before seismic waves arrived.

After the Wenchuan quake, Wang, a postdoctoral fellow in theoretical physics at the Austrian Academy of Sciences, set up the Institute of Care-Life to research and develop the early warning system.