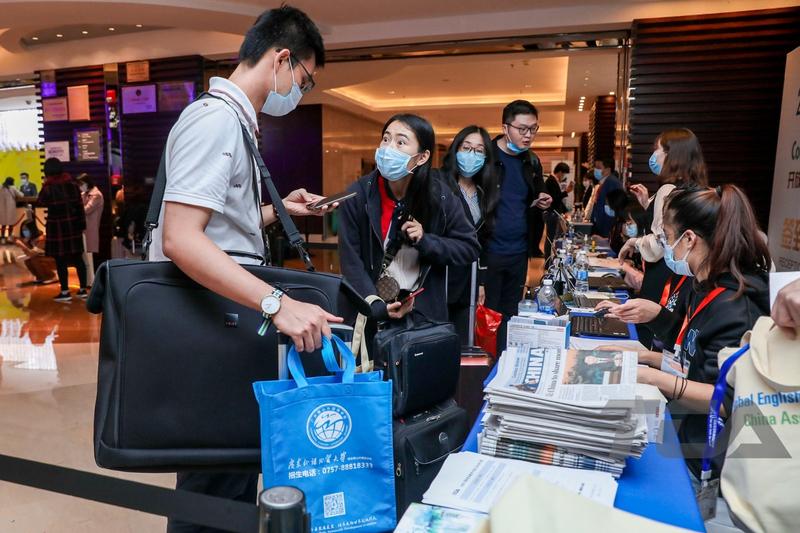 The importance of boosting students’ capacity to use English in context when designing tests and classroom practice sessions was underlined by experts at the 2020 Global English Education China Assembly in Hangzhou, Zhejiang province.

“English is one of the most widely used languages worldwide, and superior language skills are at the heart of effective international communication,” said He Lianzhen, vice-president of Zhejiang University.

“As such, a focus of English teaching is on nurturing talent who can communicate proficiently in a wider community, rather than just on how the language is acquired.”

ALSO READ: English has role in next five-year plan

A focus of English teaching is on nurturing talent who can communicate proficiently in a wider community, rather than just on how the language is acquired.

He Lianzhen, vice-president of Zhejiang University

Language use is probabilistic in nature, including choosing the appropriate term in different situations or giving feedback after a decision, and language tests in China have gradually placed more value on students’ ability to use English in various contexts, said He, also professor and director at Zhejiang University’s Institute of Applied Linguistics.

“Weaving a wide range of sources both at home and from abroad into tests is a pragmatic approach,” she added. “It will broaden students’ minds and help students learn, understand and appreciate the gist of Chinese and foreign cultures when comparing the differences.”

Don Snow, director of the language and culture center at Duke Kunshan University in Jiangsu province, used the example of international cooperation amid the COVID-19 pandemic to illustrate the value of language use in context.

Snow was a member of a Chinese medical team that visited other countries where doctors communicated in English, often under difficult circumstances, about fairly complicated topics.

“An international crisis like this requires more international cooperation, so that means a lot more communication between people from different parts of the world,” he said. “Such occasions move English out of its role as just a subject at school. It’s something people actually use.”

Snow said the example demonstrated the key element influencing second-language learning－practice. Nonetheless, a lack of practice is one of the common challenges nonnative speakers of English usually face.

“For speaking, you need to use the language a lot, because you need to automatize a lot of knowledge in your mind so that the brain can be able to work quickly whenever language use is required, and that needs practice,” he said.

Learners should also pick up the courage to speak a foreign language, which he said was another primary learning obstacle.

“It’s so obvious if you get something wrong when speaking, so students are more nervous about speaking than they are using English in other ways, like reading,” he said.

“That’s not easy, but as long as there are tests that don’t assess speaking skills, then it has a ripple effect, and speaking won’t be emphasized so much in classes,” he said.

Another hurdle, he said, was class sizes.

“Some teachers have huge classes, where teaching 40 students is not unusual,” he said. “Essentially teachers can talk to a large group, but they can’t do some other kinds of language training with such large classes.”

However, Snow said he has seen “enormous improvement” in Chinese students’ spoken English skills since he started teaching in China in 1983.

“Decades ago, when I had freshman students, they couldn’t say anything in English and were scared to try,” he said. “But now, most students are already really good at English by the time they get to university.”