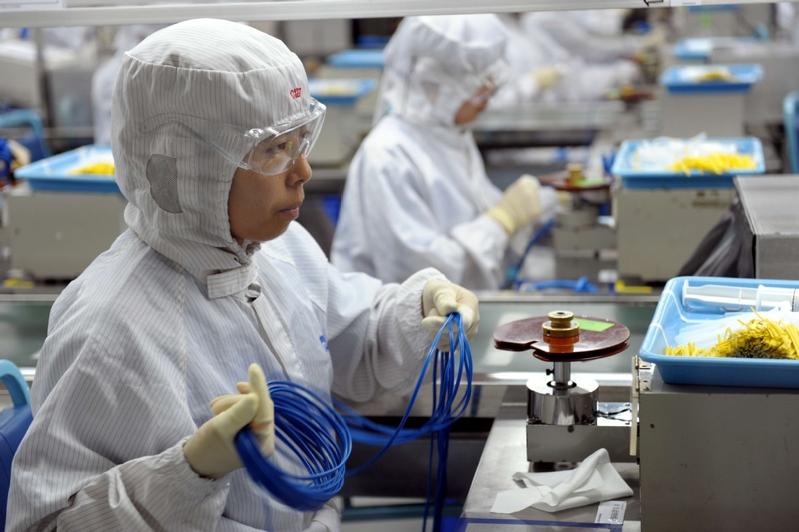 GUANGZHOU – South China’s Guangdong province, the country’s manufacturing heartland, has been battling the resurgence of COVID-19 since late May.

According to a research report released by China International Capital Corp Ltd, Guangdong’s current import and export freight index is rising, and relevant economic indicators have not experienced an abnormal decline

With strict epidemic prevention and control measures in place, the manufacturing enterprises in the province have managed to ensure uninterrupted production activities and a stable global supply chain.

Since the first confirmed COVID-19 case was reported on May 21, the provincial capital Guangzhou had reported a total of 135 locally confirmed cases as of June 12.

To contain the spread of the virus, Guangzhou has conducted over 36 million nucleic acid tests. It is believed to be the largest nucleic acid testing ever carried out in a city in such a short time since the outbreak of COVID-19 last year.

On June 8, the world’s largest cargo ship exclusively for trains -“CHEROKEE” – independently designed and built by China, was delivered to Schulte Marine Concept (SMC) during an online ceremony in Guangzhou.

Stephen Nolan, a manager at SMC, said that despite the pandemic, the design, construction and delivery of the highly customized ship were completed just within two years and a half.

Yang Yuanshi, director of the development and reform bureau of Huangpu District, which accounts for 40 percent of Guangzhou’s total industrial output, said that the district is still implementing a batch of over 500 projects as planned, with an annual investment of over 100 billion yuan (around US$15.3 billion).

Data shows that from January to May, Huangpu’s gross industrial output value increased by 23.8 percent and fixed-asset investment increased by 74 percent year on year.

According to a research report released by China International Capital Corp Ltd, Guangdong’s current import and export freight index is rising, and relevant economic indicators have not experienced an abnormal decline. 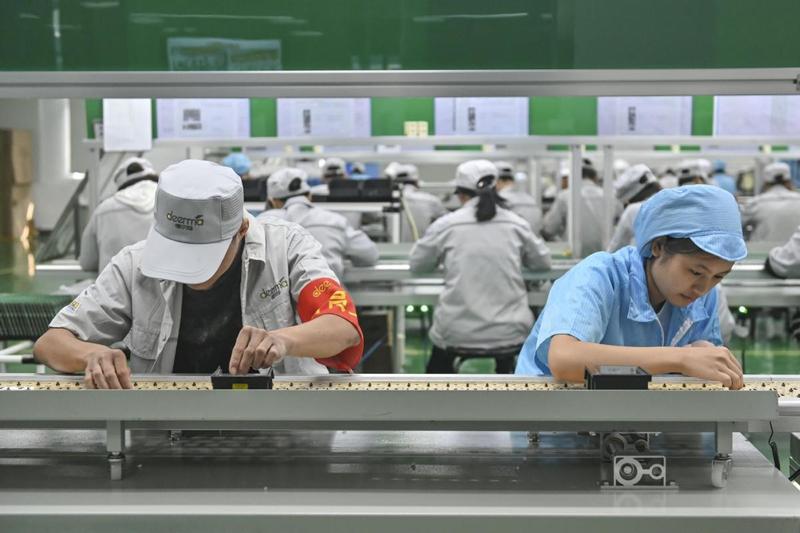 As the country’s major producer of zongzi, Guangdong did not halt the export of the traditional Chinese delicacy for the celebration of the Dragon Boat Festival, which fell on June 14 this year.

Li Xinshun, chairman of Katolee Foods Co Ltd, said that the company’s production has not been greatly affected by the latest COVID-19 resurgence. “Orders from Japan increased rapidly, with 58 tonnes of zongzi exported to the country this year.”

On May 30, the country’s first China-Europe freight train bound for the city of Odessa in Ukraine departed from Guangzhou. The train was loaded with 100 standard containers of lawnmowers, rice cookers, tea and other goods, with a value of 10.59 million yuan.

“Since the COVID-19 outbreak, the China-Europe freight train has become an important logistics channel to ensure the China-European trade exchange and stabilize the international supply chain,” said Kang Qi, with the Guangzhou Customs.

Data from the Guangdong branch of the General Administration of Customs of China (GACC) showed that the province’s imports and exports volume in May saw an annual increase of 16.4 percent to nearly 648.9 billion yuan, a record high in the same period.

Xin Yang, with the Guangdong Branch of GACC, said that Guangdong’s foreign trade will continue to see robust growth as major global economies implement large-scale fiscal stimulus policies to resume production, which will have a large demand for China’s products.