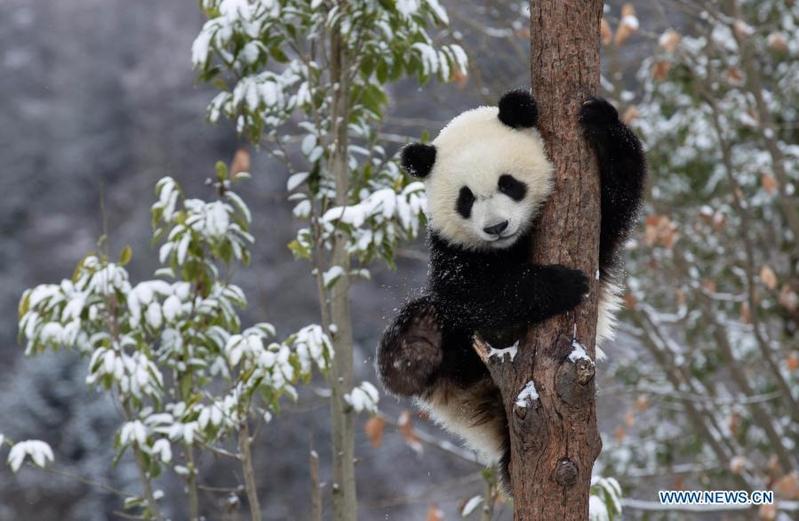 In a move to enhance biodiversity conservation, the central authorities unveiled a guideline on Tuesday that includes wide-ranging measures, vowing to bring 77 percent of national key wildlife species under protection by 2025 with the help of cutting-edge technologies.

Made public by the general offices of the Communist Party of China Central Committee and the State Council, the guideline underscored the importance of biodiversity protection work, saying that “despite the significant achievements, the country is still confronted with various challenges in biodiversity conservation”.

In its efforts to cope with the challenges, China will expand its national parks, increase its forest areas and have more wetlands and natural coastlines protected, according to the guideline.

China will make 18 percent of its territory protected natural areas with the help of a system supported mainly by national parks by 2025, it said.

On Oct 12, when addressing the Leaders’ Summit of the 15th meeting of the Conference of the Parties to the Convention on Biological Diversity, or COP 15, via video link, President Xi Jinping announced that China had officially designated its first group of national parks, including the Three-River-Source National Park, the Giant Panda National Park, and the Northeast China Tiger and Leopard National Park.

The country also aims to see its forest coverage rate increase to 24.1 percent and place 55 percent of its wetlands under protection by 2025, the guideline said. Forest coverage will be increased to 26 percent by 2030, when around 60 percent of wetlands will be protected.

According to the National Forestry and Grassland Administration, the forest coverage rate in the country stood at roughly 23 percent at the end of last year, compared with only 8.6 percent in 1949.About 52 percent of the country’s wetlands are being conserved.

The document also detailed plans to intensify biodiversity conservation, including measures to improve policies and regulations, integrate the issue into long-term plans of different regions and sectors, as well as to establish a complete monitoring system.

The country will, for example, “promote the modernization of its biodiversity monitoring”, it said. Aside from making accelerated efforts to promote the use of remote sensing via satellites and unmanned aerial vehicles, China will also endeavor to explore the application of artificial intelligence in the monitoring work.

The guideline said the authorities will also ramp up the integration of databases for species and their genetic resources and promote the sharing of the information, making full use of cloud computing and the internet of things.

The Northeast China Tiger and Leopard National Park, for example, established a space-ground integrated information network, which integrates a series of information technologies, including cloud computing, internet of things, big data and artificial intelligence, in January 2020 when the park was being piloted, according to the National Forestry and Grassland Administration.

With over 3,000 wireless cameras, the system covers about 5,000 square kilometers and can monitor over 30 factors related to the activities of wild animals and humans in real time.

In an interview with Xinhua News Agency last year, Feng Limin, a biologist from Beijing Normal University in charge of the park’s wildlife surveillance work, said, “We now no longer need to depend on people visiting in person to get data. Data can be transported back to us from thousands of kilometers away via the internet.”

He also said artificial intelligence could help recognize animal species and the analysis of big data could indicate the current situation of animal populations and their habitats.

The guideline also stressed the establishment of a long-term, dynamic monitoring system, noting that the country will step up research and development on models for biodiversity forecasting and early warning to establish an emergency response mechanism.