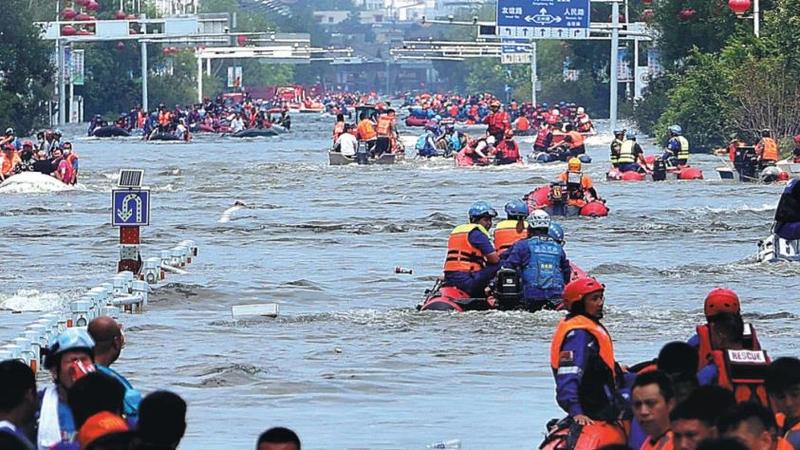 As Henan province mops up from the floodwaters that caused 71 deaths and affected more than 13.3 million people last week, it is bracing for more heavy rain from Typhoon In-Fa.

The Henan Meteorological Observatory said while Typhoon In-Fa’s path is uncertain, it is likely to cause heavy rain in the northern, eastern and southeastern parts of the province until Thursday

Li Changxun, deputy head of the province’s Department of Emergency Management, said inspection teams had been sent to five cities to assess needs for people in disaster-stricken areas.

For communities and villages without power and water, or still inundated by floodwaters, authorities will provide temporary living assistance and speed up emergency repairs and drainage work to restore normal living conditions as soon as possible, Li said.

Greater efforts are being made to strengthen post-disaster reconstruction, remove garbage and debris and implement epidemic prevention measures, he said.

Transportation networks in the province are returning to normal, officials said. As of 7 am on Tuesday, most Henan expressways were open, with 375 of 403 tollbooths in operation. Transportation authorities are making every effort to repair the damaged roads, the Ministry of Transport said on Tuesday.

River ports and piers throughout the province have suspended operations.

The National Meteorological Center said on Tuesday that In-Fa, which made two landfalls in Zhejiang province on Sunday and Monday, will bring rain to Shanghai and Jiangsu and Shandong provinces, as well as parts of Anhui and Henan provinces over the next three days.

The Henan Meteorological Observatory said while the typhoon’s path is uncertain, it is likely to cause heavy rain in the northern, eastern and southeastern parts of the province until Thursday. This could place further pressure on flood control measures in the eastern part of Henan.

“The top priority of the province is to pay close attention to the typhoon, strengthen accurate forecasts and early warning (systems), repair water conservancy facilities, step up flood control works and make every effort to prepare for the second round of heavy rainfall,” Li said. 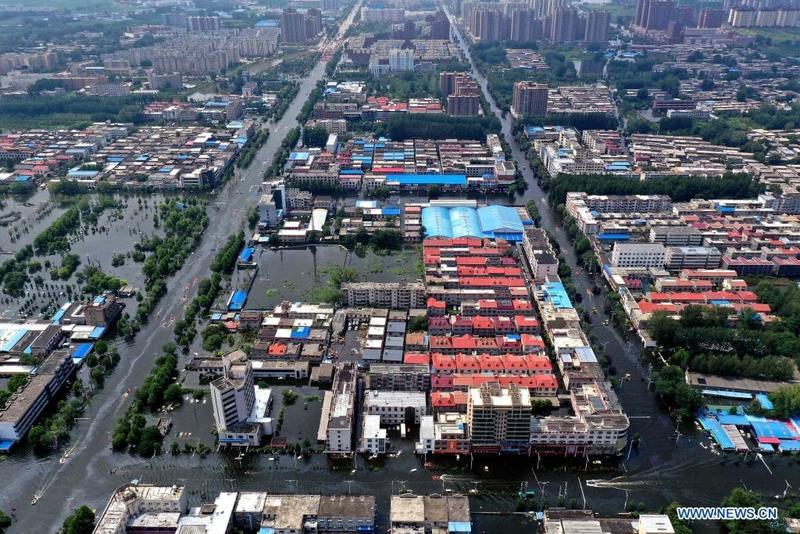 In a videoconference on Monday, Lou Yangsheng, Party secretary of Henan, called for the province to be prepared for a second round of downpours brought by In-Fa.

Lou urged cities that might be affected by the typhoon to use lessons from the current flood disaster, and previous ones, to ensure victory in fighting the forecast heavy rain.

Lou called for strengthening investigations and inspections to eliminate risks and hidden dangers, and ordered flood control equipment and materials to be sent to at-risk areas to ensure a prompt response.

It urged government departments, schools, hospitals and businesses to implement flexible working hours or suspend work when necessary. People whose homes may be threatened by floods should be transferred to safe places as early as possible.

Zhengzhou has suspended all educational activities from Tuesday to Thursday. Schools running summer holiday classes have been suspended as well as those at off-campus training institutions.