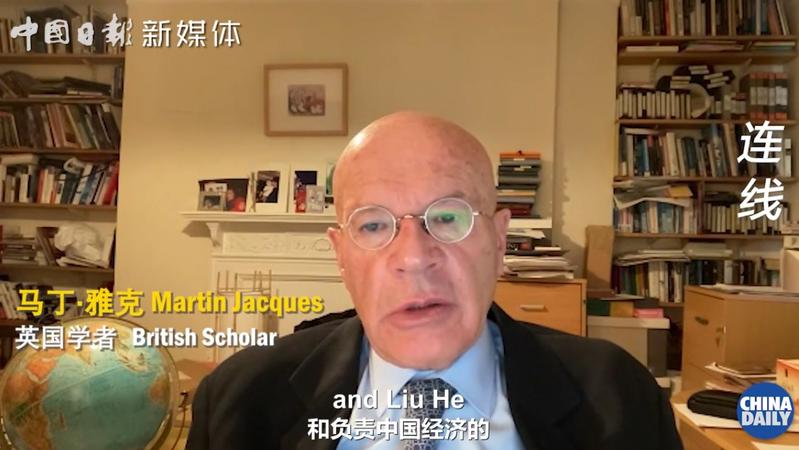 The historical resolution recently adopted by the Communist Party of China Central Committee is imbued with enormous confidence, and the Party continues to be hugely energetic 100 years since its foundation, Martin Jacques, a well-known British scholar, told China Daily.

The sixth plenum of the 19th Central Committee of the CPC adopted the key document last month, featuring the Party’s major achievements and historical experience over the past century.

“I think for the document to say the Party is still in its prime is 100 percent accurate,” said Jacques, the author of When China Rules the World: The End of the Western World and the Birth of a New Global Order.

“Normally, one would expect political parties to show some serious signs of aging after a long period in office,” he said, “but the CPC actually keeps reinventing itself, and manages to keep up with society”.

This is a very difficult task considering the extraordinary growth China has enjoyed over the past 70 years, he added.

Jacques gave the example of the Party’s latest achievement of eliminating absolute poverty in the country and its aim to achieve common prosperity.

The CPC could achieve this because it is rooted deeply in Chinese society and enjoys a great deal of support from the people, he said.

“This takes us right back to the foundation of the Party, when it sought to win support from the broad mass of the peasantry,” he said, “and the CPC has built on and widened that support ever since”.

He also highlighted the Party’s ability to always look forward and anticipate problems that might happen in the future. For example, the common prosperity initiative marks a timely shift in tackling inequalities.

“There are two characteristics of the CPC: drawing from the past and looking to the future,” he said. “These two together are a very powerful combination.”

Jacques also drew upon the concept of whole-process people’s democracy mentioned in the resolution.

For him, the concept of democracy in China is an ongoing process.

“One characteristic of CPC leadership is the constant polling of the population,” he said. “The Chinese government must be the best-informed government in the world for knowing where people are at.”

The constant interaction with the people is why the CPC has succeeded in governing and leading China, he stressed.

He compared the Chinese system of democracy with those in the West, arguing that Chinese democracy is more dynamic than its Western counterparts, which largely see democracy in terms of elections every few years.

“The two styles of democracy are very different, but judging by results over the past few decades, the Chinese style of democracy has been much more effective in delivering results,” he said.