The harbor-based industry of Zhanjiang, a city in South China’s Guangdong province, has been on a fast development track in recent years with the establishment of several projects worth tens of billions of dollars each in investment.

The city will highlight the development of harbor-based industries so that the city will become a major base for world-class, green and premium heavy and chemical industries.

One is the Zhongke (Guangdong) Refinery and Petrochemical project. Located on Donghai Island, the project is the largest of its kind by China Petrochemical Corp, or Sinopec.

The giant petrochemical project began operation on June 16. By Aug 30, it had provided the Chinese market with 33,800 metric tons of gasoline and diesel that met the national VI standard and on Sept 4, 280 tons of polypropylene resins.

The project will support the China’s Belt and Road Initiative and national development in energy and chemical industries.

It will also help Zhanjiang realize the goal of developing itself into a subcenter of Guangdong and a major growth point of the province’s modern coastal economic belt, local officials said.

Deng Hanshen, a senior executive of the project, added it may help attract more than 200 billion yuan of investment to the middle and lower reaches of the city’s petrochemical industry, including plastic materials, electronic chemicals and fine chemicals.

Currently, some supporting plants of the project are under construction and their derivative products will be beneficial to new materials, the light industry, autos and other related sectors, Deng said.

Baosteel Zhanjiang Iron and Steel project is another major driver of the city’s port-based economic development.

Also located on Donghai Island, the plant is one of the four production bases of the world-leading steelmaker Baosteel Group. 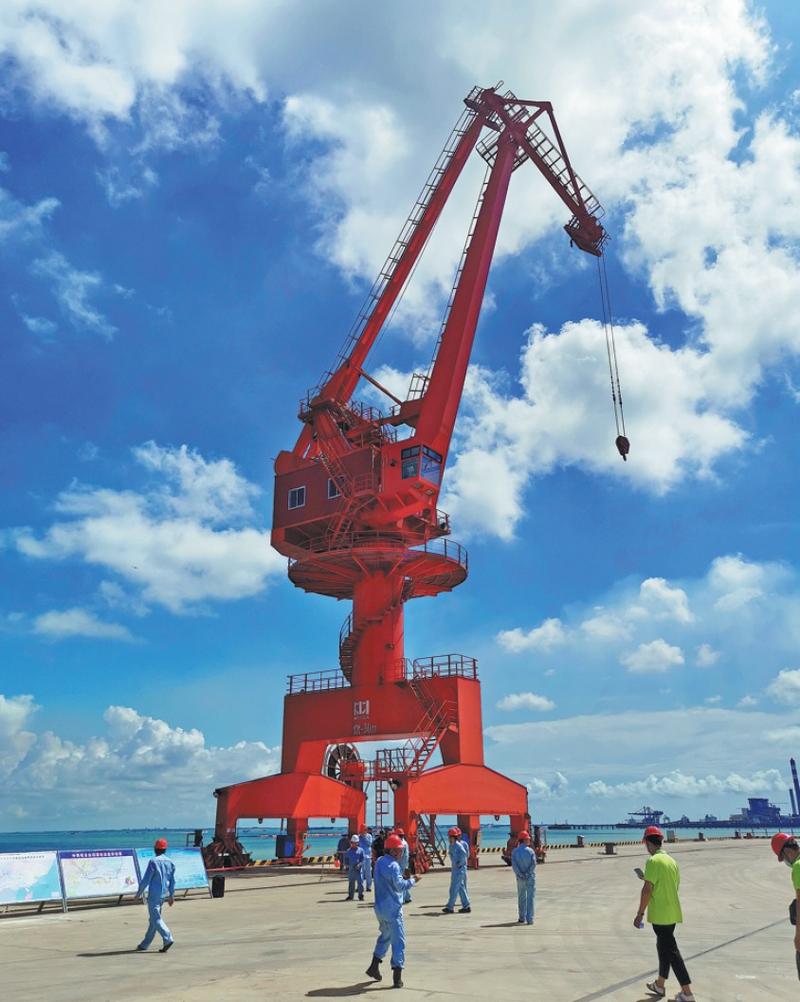 It will celebrate the fifth anniversary of its first blast furnace on Sept 25 and plans to operate a third by July 2021.

Although the steel industry has long been seen as a major contributor to heavy pollution, construction of the Baosteel project in Zhanjiang did not harm the local environment. This is thanks to its smart manufacturing and environmentally friendly technologies.

They include ultra-clean emissions in power plants, desulfurization and denitrification of flue gas, wastewater treatment and rainwater recycling. In 2017 and 2020, the project was awarded by the Ministry of Industry and Information Technology for highly efficient use of water in the iron and steel industry.

Construction of the German chemical giant’s largest single investment in China kicked off in Zhanjiang in November 2019.

It is also BASF’s third-largest production site in the world, after Ludwigshafen and Antwerp in Belgium, with a total investment of US$10 billion.

The first group of facilities is under construction and is to be put into use by 2022.

Scheduled to be completed by 2030, the project will form a solid foundation for a world-class industrial cluster in Zhanjiang and provide impetus for economic growth in the city, southern China and Asia in the coming years.

During a conference held in Zhanjiang earlier this year, Zheng Renhao, Party secretary of Zhanjiang, urged governments at different levels to gear up to carry out the three-year (2020-22) plan to promote high-quality development of manufacturing industry by strengthening and expanding industrial chains and promoting industrial clusters.

“The city will highlight the development of harbor-based industries so that the city will become a major base for world-class, green and premium heavy and chemical industries,” he noted.

The city will also redouble efforts to develop its traditional industrial clusters, while fostering and making bigger strategic growth industries, the official added.