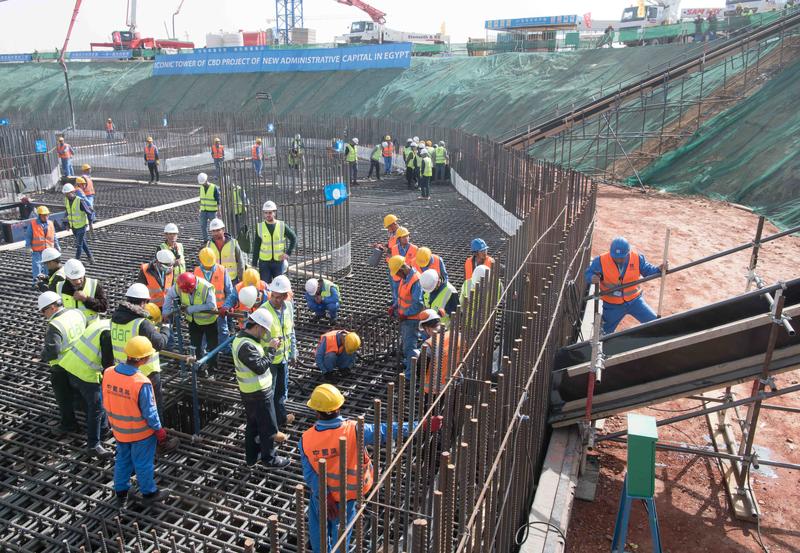 Just over 21 years ago, more than 80 ministers from China and 44 African countries gathered in Beijing for the first ministerial conference of the Forum on China-Africa Cooperation, known as FOCAC.

The aim of this gathering in October 2000 was to renew, develop and expand Sino-African ties in the 21st century.

On Monday, representatives of 55 members of this bloc are due to gather in Dakar, the capital of Senegal, for the Eighth Ministerial Conference of FOCAC. President Xi Jinping will deliver a keynote speech at the opening ceremony via video link.

The two-day conference is expected to review, assess and follow up implementation of decisions reached at the 2018 FOCAC Beijing Summit, discuss the China-Africa response to the COVID-19 pandemic and chart the course for Sino-African relations for the next three years and beyond.

Despite productive results achieved over the years in various fields, from trade and economy to people-to-people exchanges, observers and diplomats from China and Africa feel there is a strong need to further deepen and expand China-Africa cooperation, particularly in view of the challenges posed by COVID-19 and the international political and economic situation.

They also sense that China and Africa have reached a new point of embracing broader strategic prospects for common development toward a community with a shared future that benefits all parties.

Folashade Soule, a senior research associate at the University of Oxford, whose work focuses on areas such as China-Africa relations and the politics of South-South cooperation, said, “Over the past decade, China has emerged as Africa’s largest trade partner, ranks among its top five main foreign direct investors and is a major provider of development finance and contractor of key infrastructure projects for the continent.”

In the first nine months of this year, trade between China and Africa reached $185.2 billion, increasing 38.2 percent year-on-year despite the pandemic. In the same period, China’s direct investment in Africa reached $2.59 billion, up 9.9 percent year-on-year, while Chinese enterprises signed new contracts in Africa valued at $53.5 billion, according to the Ministry of Commerce.

Since FOCAC was established in 2000, official statistics show China has built more than 6,000 kilometers of railway lines, 6,000 km of roads, nearly 20 ports and more than 80 large power facilities in Africa. To date, nearly all African countries that have diplomatic ties with China have signed cooperation agreements as part of the Belt and Road Initiative, or BRI.

Mbelwa Kairuki, the Tanzanian ambassador to China, said, “There is no doubt that the China-Africa relationship has brought benefits to both sides in many fields, such as trade, finance, people-to-people exchanges, agriculture and health, through the FOCAC mechanism.”

Kairuki added that COVID-19 has had a significant negative impact on Africa’s economy, with many countries facing declining GDP and economic growth rates.

“As we face the challenge of the pandemic, it is increasingly important that China and Africa stand and work together hand in hand to face the adverse effects and forge ahead with determination,” he said.

According to the Foreign Ministry, since the pandemic emerged, China has provided 120 batches of emergency medical supplies to 53 African countries and the African Union.

Medical expert groups and short-term medical teams have also been sent by China to 17 African countries to share their experience and fight the virus together with the African people. To date, the nation has provided nearly 200 million doses of vaccines to Africa.

On Friday, Wu Peng, head of the Foreign Ministry’s Department of African Affairs, said at a news conference that construction of the China-aided headquarters of the Africa Centers for Disease Control and Prevention in Addis Ababa, the Ethiopian capital, “is making headway very rapidly”.

“We are confident that it will be completed in about two years’ time,” Wu said. 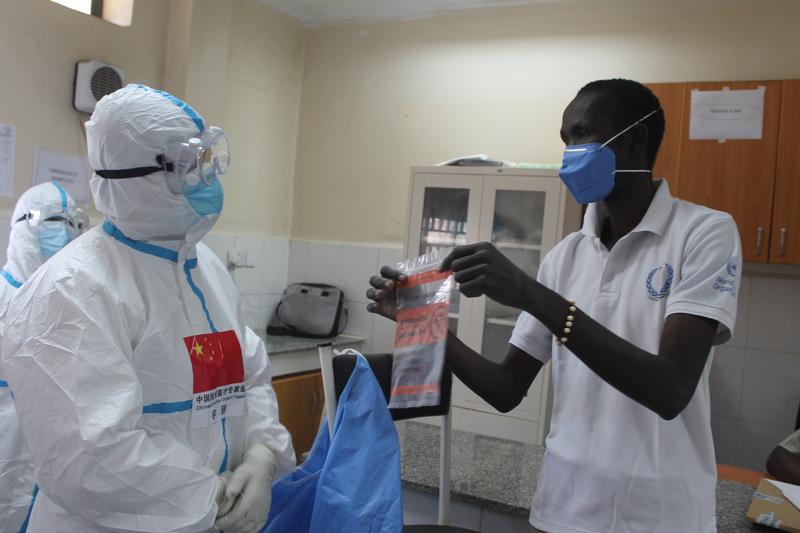 Gert Grobler, a former senior diplomat at the South African Department of International Relations and Cooperation, said China has shown more acceptance and understanding than other international partners in its interactions with Africa, whether within the framework of FOCAC, the BRI, or on bilateral relations.

“This is the feedback I received from my government in South Africa, as well as from other governments on the continent, based on their discussions with China in the recent past,” he said, “The sense among African leaders is that China, as a trusted friend and reliable partner, is prepared to go that extra mile to accommodate Africa’s development concerns and wishes.”

Grobler said China has a much better insight into and understanding of the nature, scale and complexity of Africa’s development challenges than most other international partners, because China was a victim of colonialism and has experience of poverty alleviation as a developing country.

“I am sure that Africa is comforted and assured going into the FOCAC meeting in Senegal that China will continue to take Africa’s views and representations seriously on the basis of mutual trust, good faith and a win-win situation,” he said.

Shen Xiaolei, an associate research fellow at the Chinese Academy of Social Sciences’ Institute of West Asian and African Studies, said the unique advantage of China-Africa cooperation is that China always believes that such collaboration should meet the continent’s demands.

Before every FOCAC meeting, China invites African countries to propose suggestions regarding specific cooperation and to carry out joint consultations, inspections and discussions before a final document is formulated for the conference, Shen said.

“Since 2015, China in its cooperation with Africa has prioritized implementation of the African Union Agenda 2063 and alignment with individual African countries’ development strategies,” Shen said. Agenda 2063 is a blueprint and master plan for transforming Africa into the global powerhouse of the future.

In December 2015, during the FOCAC summit in Johannesburg, South Africa, President Xi said China would roll out a package of 10 major cooperation projects to boost cooperation with Africa in areas such as industrialization, agricultural modernization and infrastructure.

At the opening ceremony for the FOCAC Beijing Summit in September 2018, Xi announced eight major initiatives with African countries for the next three years and beyond, covering fields such as industrial promotion, infrastructure connectivity, trade facilitation and green development.

To ensure these initiatives were implemented at ground level, China would extend $60 billion in financing to Africa in the form of government assistance, as well as investment and funding from financial institutions and companies, Xi said.

Liu Yuxi, head of the Chinese Mission to the African Union, told a seminar last month that more than 85 percent of the eight initiatives had been implemented, 70 percent of the $60 billion in support funds had been disbursed or earmarked, and a large number of cooperation projects had been launched or completed. 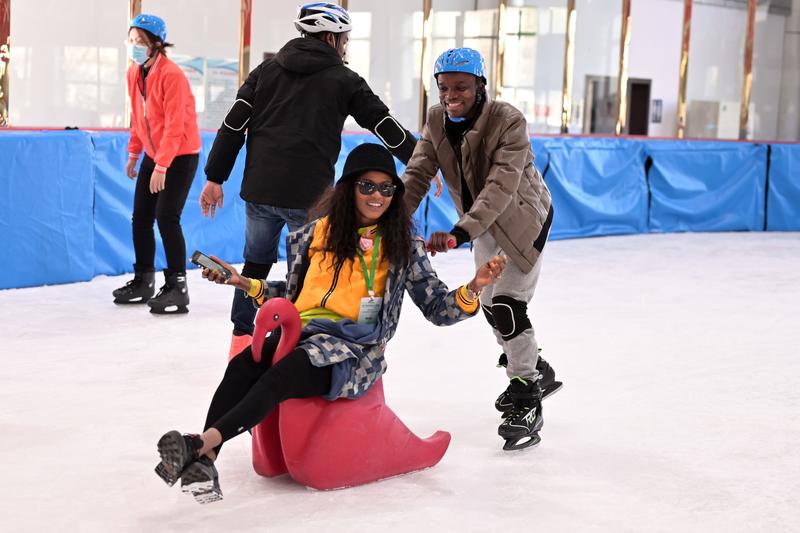 Africans join an event in Yanqing district, Beijing, last month to mark friendship between young people from China and the continent. (PHOTO / XINHUA)

“Development is the master key to solve all problems. The ultimate way out for many regional hot spots lies in development. Africa has achieved political independence through hard struggle, and is striving for economic independence and development,” he said.

“In the past, China relied on smallholder farming, just as many African countries are still doing. We seek to learn lessons from China’s agricultural and industrial policy for the country’s development cooperation with Africa,” he said.

Shen, from the Chinese Academy of Social Sciences, said that as an example of South-South cooperation, FOCAC has guided the international community’s cooperation with Africa by providing a set of mechanisms that can be referenced by others.

Moreover, China-Africa cooperation has accelerated the continent’s social and economic development and raised its status on the international stage, boosting its development autonomy as well as its freedom to choose partners, Shen said.

“Countries, especially major Western nations, now have to-reexamine Africa when carrying out cooperation with the continent, which has gained Africa a better say in the world,” he added.

On Friday, a white paper titled “China and Africa in the New Era: A Partnership of Equals”, issued by the State Council Information Office, stated that China and Africa need more than ever to further strengthen solidarity and cooperation, as the world is going through profound change on a scale unseen for a century.