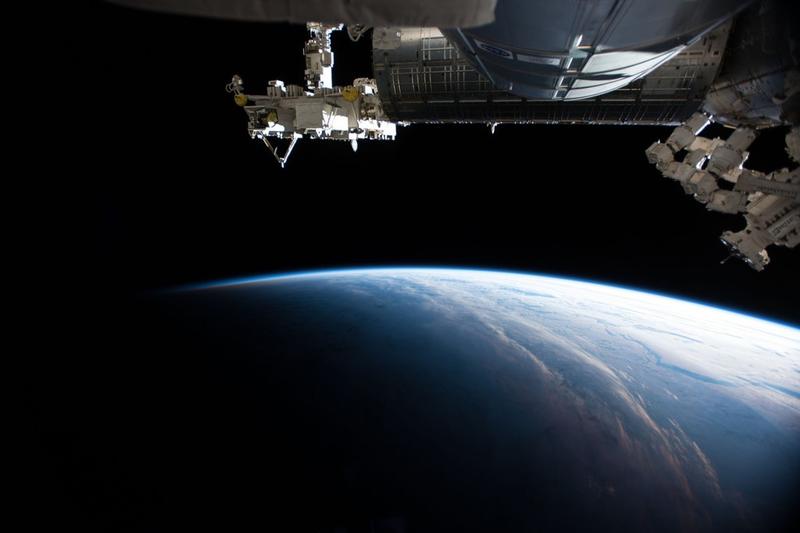 Sunrise over the surface of the earth as seen from the International Space Station, Feb 9, 2018. (PHOTO / IC)

China plans to launch its first solar observation satellite next month, according to a project insider.

Wang Wei, deputy director of the Shanghai Institute of Satellite Engineering at the Shanghai Academy of Spaceflight Technology, and project manager of the satellite, told China Daily on Sunday that the spacecraft is scheduled to be put into orbit from the Taiyuan Satellite Launch Center in Shanxi province around mid-October.

The 550-kilogram satellite, the Chinese H-Alpha Solar Explorer, or CHASE, is designed to maintain a sun-synchronous orbit about 520 kilometers above Earth for at least three years, and it will be China’s first space-based solar telescope, he said.

“It was designed and built by engineers at my institute and is tasked with obtaining spectral data and images of the sun as well as verifying our new satellite technologies,” Wang said. “Its scientific payload is an H-alpha imaging spectrograph－developed by the Chinese Academy of Sciences’ Changchun Institute of Optics, Fine Mechanics and Physics－that can, for the first time, acquire full-disk spectroscopic solar observations in the H-alpha wave band.”

He added that the craft features high directional accuracy and flying stability.

“Studying the sun helps us to know more about the origin and evolution of celestial magnetic fields, the acceleration and distribution of energetic particles, and other physical phenomena,” Wang said. “Besides the scientific value, having more knowledge about the sun enables us to avoid solar activities’ disruption of our communications and navigation service and to better protect spacecraft and astronauts.

“Our country has built a network of ground-based solar observatories, but we still lack a space-based observation tool. This mission is expected to give Chinese scientists an orbiting platform to advance their solar research and improve related technologies,” Wang said.

Several Chinese satellites, such as the Fengyun 3E meteorological satellite, have carried equipment that can collect solar data, but CHASE will be the first dedicated to solar observation, he said.

In addition to CHASE, Chinese scientists and spacecraft engineers are working on another solar research satellite: the Advanced Space-Based Solar Observatory, which will be used for solar physics studies.

That satellite, which is still under development, aims to explore connections among the solar magnetic field, solar flares and coronal mass ejections. It will carry three scientific payloads－a full-disk solar vector magnetograph, a Lyman-alpha solar telescope and a solar hard X-ray imager, according to the Chinese Academy of Sciences.

Pang Zhihao, a retired spacecraft researcher at the China Academy of Space Technology in Beijing, said the United States and Europe have launched dozens of spacecraft dedicated to solar observation, such as NASA’s Parker Solar Probe and Solar Terrestrial Relations Observatory.

He said China’s solar observation satellites will benefit a wide variety of scientific fields and drive the development of high-tech industries.