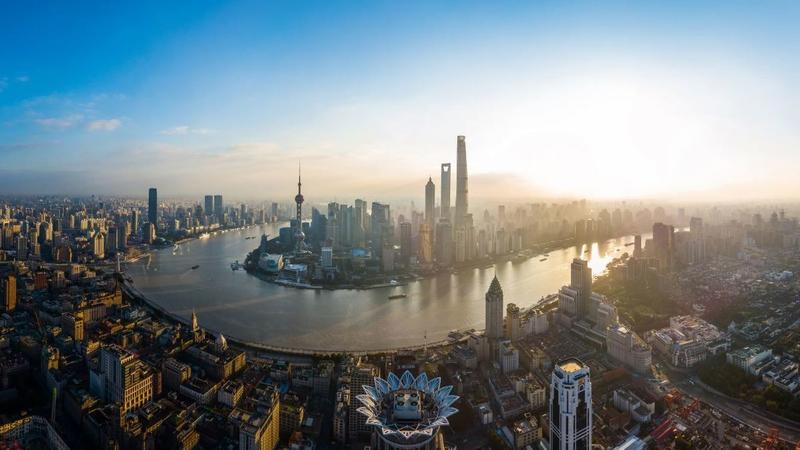 Zheng Haiao, deputy director of the Policy Research Bureau at the Management Committee of China (Shanghai) Pilot Free Trade Zone, described his job as something like a “woodpecker”.

By working out measures for reform and innovation, Zheng said he and his colleagues manage to “peck off” the institutional barriers that might affect international market players in the pilot FTZ, in order to make their business development more “simplified, efficient and free”.

Speaking at a dialogue in Shanghai on Wednesday evening on the city’s achievements in practicing Xi Jinping Thought on Socialism with Chinese Characteristics for a New Era, he discussed the development of the FTZ since it was founded in 2013.

President Xi Jinping has said on many occasions that China is committed to all-around opening-up to the world. During an inspection tour of Shanghai in November 2019, he called for bolder moves to conduct a higher-level opening-up in broader fields in the Lingang area of the FTZ

Zheng spoke of the work to reduce the number of items on the zone’s “negative list”. Industries not on the list are open for investment to all businesses and do not require prior approval by the authorities.

Over the past eight years, the number of the items on the negative list was reduced from more than 190 to only 30 in order to keep widening market access for foreign businesses, and more than 12,000 foreign companies had set up operations in the FTZ, he added.

He said that China will continue to open wider through consistent reforms, and Shanghai will definitely become a magnet for international investors.

Shanghai has been the frontier and barometer of China’s reform and opening-up since the country’s opening-up policy was launched in 1978.

In August 2019, the Chinese government announced the establishment of the Lingang Special Area of the Shanghai FTZ, a major strategic move to further opening-up, facilitate overseas investment and capital flows and realize the free flow of goods.

President Xi Jinping has said on many occasions that China is committed to all-around opening-up to the world. During an inspection tour of Shanghai in November 2019, he called for bolder moves to conduct a higher-level opening-up in broader fields in the Lingang area of the FTZ.

Addressing Wednesday’s meeting, which was organized by the International Department of the Communist Party of China Central Committee and the CPC Shanghai Municipal Committee, Li Qiang, Shanghai’s Party secretary, said it is through deepening reform and opening-up that Shanghai has become what it is today and created many miracles.

The event took place ahead of the celebration of the centenary of the founding of the CPC on July 1. More than 740 representatives from 126 political parties and organizations in nearly 100 countries participated in the event online, and ambassadors of more than 40 countries to China also took part in the meeting in Shanghai.

Song Tao, director of the International Department of the CPC Central Committee, said at the meeting that it has been the CPC’s strategic choice to stick to opening-up, mutual benefit and win-win cooperation in order to promote common development between China and the rest of the world.

The country, led by the CPC, will embrace the world with increasing openness in order to have better interactions with the world and contribute more to the building of an open world economy, Song said.

Foreign participants at the meeting also commended the CPC’s open and inclusive nature. Ndong Ella Baudelaire, Gabonese ambassador to China, said that, led by the CPC, China has made huge achievements through reform and opening-up and also contributes to world peace, development and progress.

“I think it is an inspiration for countries like us,” the ambassador said.