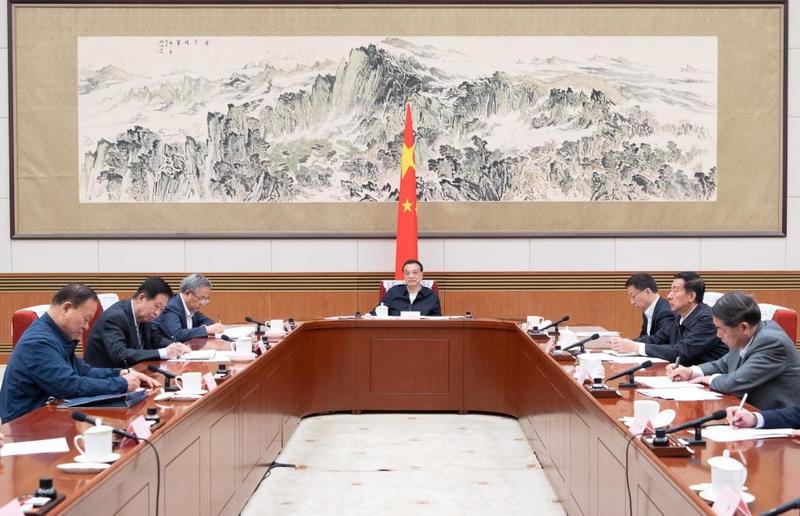 Chinese Premier Li Keqiang (center), also a member of the Standing Committee of the Political Bureau of the Communist Party of China (CPC) Central Committee, presides over a symposium on the special government allowance system in Beijing, capital of China, May 11, 2021. (SHEN HONG / XINHUA)

Premier Li Keqiang highlighted on Tuesday the importance of creating a social atmosphere that respects science, knowledge and talent to spur innovation and social creativity.

Speaking at a symposium with high-caliber talent who were offered a special government allowance in Beijing, the premier stressed the need to amplify the country’s rich human resources to facilitate its modernization drive.

It is important to value talent and recruit able individuals without overstressing backgrounds, he said, adding that the training of talent must give priority to the basics and enable them to master adequate fundamental knowledge and theories.

Li spoke positively of the government special allowance in encouraging researchers and professionals to give play to their talents and devote themselves to national development.

The government will scale up support for researchers devoted to fundamental research and long-term research projects and seek to promote the spirit of science, craftsmanship and professionalism in the whole society, he said.

He urged steps to promote international exchanges and cooperation to improve the capacities for innovation and creativity in win-win cooperation.

The socioeconomic growth requires not only a good business environment but also an enabling atmosphere for talent to grow and play their roles, he said.

The government will further institutional reform in education, science and technology to remove various unreasonable barriers so that various types of talent can stay focused on their research and improve their professional skills, he added.

He pledged to offer the right platforms, honors and incentives to competent and capable individuals, saying that the government would encourage more top-notch youth to play a pivotal role in major scientific and research missions and work toward more outcomes in their golden age of scientific research.

He also expressed hope that the older generation of scientists and highly skilled workers can pass on their expertise and expand the room for young people to grow.