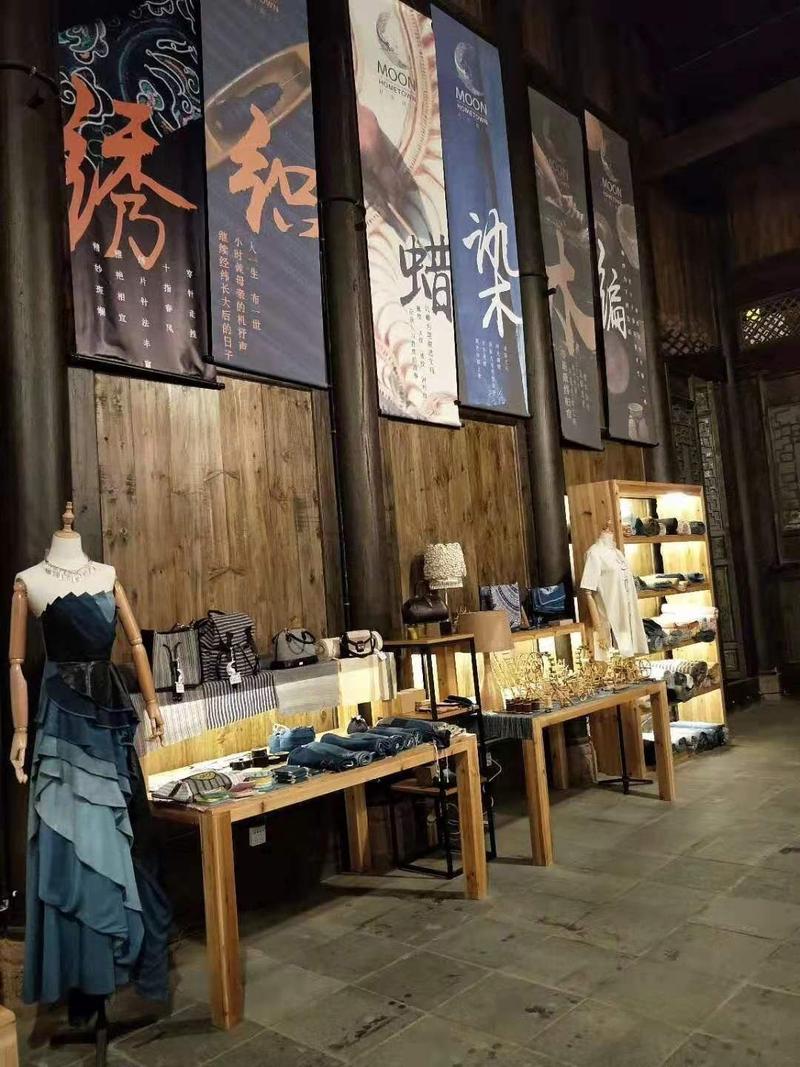 Yang Xiuli, 57, a resident of Rongjiang county in Southwest China’s mountainous Guizhou province, began mastering embroidery decades back. Little did she imagine that one day she would make a living out of what was essentially a hobby.

We are trying to connect the traditional indigo elements with fashionable cultural and creative products that young consumers are interested in, to achieve sustainable growth.

She lives in a small wooden cottage, and used to work as a farm hand. Widowed at 36, she raised two children against odds.

In 2016, a flood damaged her home. A year later, with the help of the local government, she moved to a flat in town and landed a job as an embroiderer.

“I’m not getting younger, and not keeping in good health either. I can’t do heavy work in the fields anymore. Women who live here know how to embroider. We learnt this skill when we were younger. A piece of work involving embroidering a pair of butterflies can make me 18 yuan (US$2.6),” Yang said.

Like Yang, about 120 elderly employees, whose average age is 65, work at the Moon Hometown workshop. Without any formal training, they have attained a certain degree of mastery in the craft. Their monthly average salary is around 3,000 yuan, and they make money based on the number of embroidered products they make daily, according to the workshop.

Co-founded in April 2018 by the local government and designer Liu Yang, who is of the Miao ethnic group and a native of Rongjiang, the Moon Hometown workshop is a social enterprise that focuses on poverty alleviation through the revival of the handicraft industry with indigo elements.

Of the more than 3,000 villages in Rongjiang, many have long been deeply poverty-stricken. The county does not have much centralized arable land, and it is one of the key targets of the country’s poverty alleviation work.

Yet, it has suitable climate and the soil for planting indigo. The county is gradually lifting itself out of poverty, leveraging the development of indigo-related sectors.

The leaf of indigo can be made into indigo-dyed cloth, and the root part serves as the raw material for traditional Chinese medicine Radix isatidis. After fermentation, indigo will be able to dye cloth and the natural colorant won’t have any adverse impact on the environment.

ALSO READ: Absolute poverty can be ended only after rural areas are revitalized

In May last year, the company started its operations. With a bit of innovative thinking, it designed customized cultural creative products with indigo elements. They included cups, plates, bags, and clothing for corporate customers. In the workshop, employees dye cloth with indigo colorant, and then make clothing by weaving and embroidering.

The company has opened a few brick-and-mortar stores in the region, and plans to open more such stores at some malls and sightseeing spots nationwide. In addition, it operates an online store on Taobao, an online marketplace owned by Alibaba.

In August, livestreaming celebrity Li Jiaqi selected a stylish bag co-made by the workshop and a factory out of more than 800 different styles of bags. He promoted the bag online and sold more than 20,000 pieces of the product, and helped the workshop to significantly increase its revenue.

So far, the Moon Hometown workshop has created a complete handicraft production chain, including design and development, embroidery, and sales. It has also seized the business opportunities of New Retail.

“We are trying to connect the traditional indigo elements with fashionable cultural and creative products that young consumers are interested in, to achieve sustainable growth,” said Liu Yang, co-founder of Moon Hometown.

“Indigo can help derive and create multiple business opportunities. By integrating fragmented intangible cultural heritage and handicraft resources in the county and helping them to connect with the market, the traditional culture in the area can be revitalized,” he said.

Che Weiwei in Rongjiang contributed to this story.