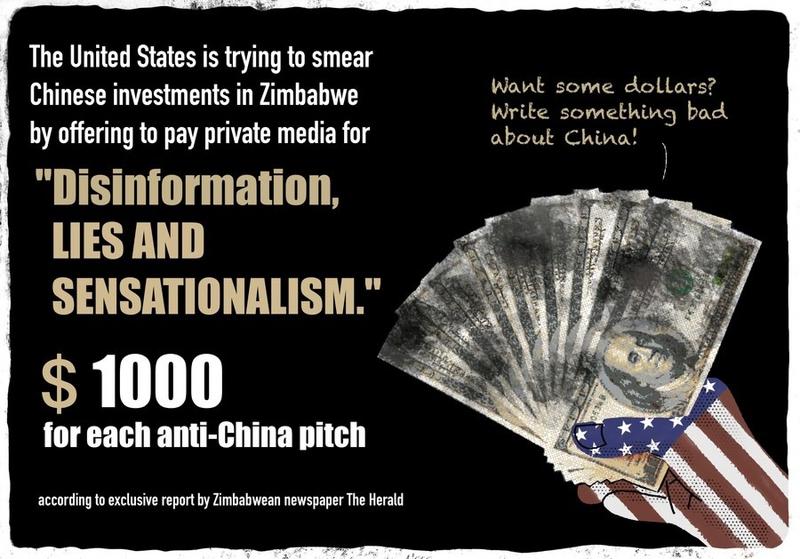 HARARE – The Bureau of Democracy, Human Rights, and Labor of the US State Department is allegedly implementing “an intricate plan” designed by Washington to smear Chinese businesses in Zimbabwe “through disinformation, lies and sensationalism in the independent media and social platforms.”

In an article published on Sept 21, Zimbabwe’s largest daily newspaper The Herald, exposed the plot, revealing that the United States is funding and training local reporters to write anti-China stories and discredit Chinese investments.

Following the shocking exposure, Zimbabwean officials, media outlets and citizens have joined in a chorus of condemnation of the sinister move by the US, and voiced support for ties between Zimbabwe and China.

US FUNDING FOR ANTI-CHINA REPORTS

In the article, The Herald said it received exclusive details indicating that “private media journalists were being trained by the Information for Development Trust,” a self-proclaimed Zimbabwean independent investigative journalism center, with funding from the US Embassy in Zimbabwe.

Noting that a workshop drawing about a dozen private media journalists was held on Sept 14-15, the article said the journalists “were allocated regional/geographical areas of focus with emphasis on areas where Chinese businesses are involved,” such as mining, construction, energy, infrastructure, loans and environment.

It is unfortunate that some sections of the media have accepted dirty money to go on this crusade to demonize Chinese companies who are providing employment, livelihoods and paying taxes for the benefit of the nation.

They were told to portray Chinese companies as “causing harm to communities, environment and workers,” according to the article.

“One attendee at the workshop revealed that journalists involved in the workshop have already been given areas and topics to work on according to areas of interests as well as geographical areas,” it read.

The next phase, according to the revelation, is producing content and publishing stories in various media outlets, with journalists receiving payment of US$1,000 per story from the US embassy through its proxy.

“US embassy officials bragged during the workshop that they had…previously sponsored media institutions on the so-called accountability issues,” the article said.

It noted that they also funded some journalists that are now strategically positioned within the independent media, and have been “availing resources to ‘people that matter’ to focus on resource governance and labor issues and providing the ‘right instruments.'”

Besides the US plot, the European Union and some Nordic countries are also sponsoring similar workshops, it added.

SAYING NO TO ‘DIRTY MONEY’

In an opinion published on Sept 24, titled “Never Be Used against China by the United States,” The Herald called on “all right-thinking citizens” to condemn ill attempts to “smear the image of China and its investors in Zimbabwe,” pointing out that such schemes fully reflect the plotters’ “jealousy and chicanery.”

“It is unfortunate that some sections of the media have accepted dirty money to go on this crusade to demonize Chinese companies who are providing employment, livelihoods and paying taxes for the benefit of the nation,” it said.

“Various false claims are made against Chinese companies and nationals without any attempt to validate them or to give audience to the supposed aggressors,” it said, adding that “Western countries want to perpetuate this racist and hateful behaviour in an effort to knock out China from its well-earned place in Zimbabwe.” 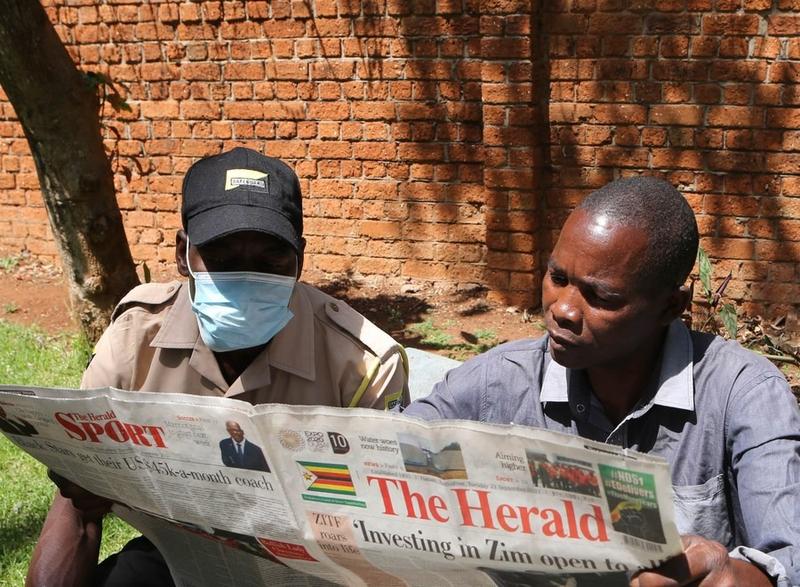 “Unlike the boastful US, though, China is not interested in dominating the world and would rather belong to a global commonwealth of shared values.”

Zimbabwean Vice President Constantino Chiwenga has also urged citizens not to be hoodwinked and misled by anti-China reports funded by US money.

“We get so many uninvited voices talking about the friendship between Zimbabwe and China, trying to destroy what has been achieved through the help from the People’s Republic of China,” said Chiwenga.

Rangarirai Shoko, editor-in-chief of the New Zimbabwe Inter-Africa News Agency, said the US attempt to stir up anti-China reports under the disguise of “supporting free press” is in fact aimed to smear Africa-China cooperation.

Yet it will not shake the foundation of bilateral cooperation, nor change China’s influence in Africa, Shoko said.

The US plot has also been criticized by social media users. For example, a netizen called NewDispensation pointed out in a tweet to the US embassy that if it truly hopes to help Zimbabwe achieve development, it would have offered engineering and technology courses to the country.

“Terrorism journalism is all you want to teach people and spread your propaganda to them,” read the tweet. 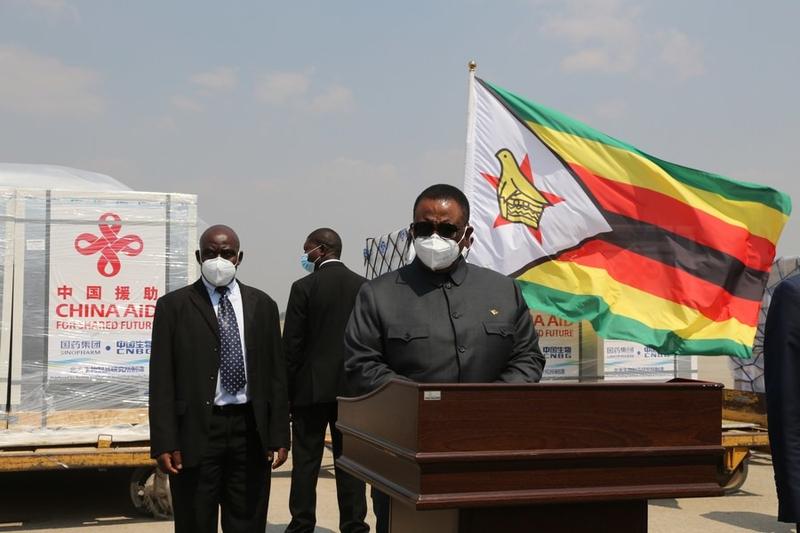 Many Zimbabweans firmly believe that the cooperation and friendship between Zimbabwe and China, as well as between Africa and China, will not be undermined by the United States.

Noting that “China’s cooperation with Africa and Zimbabwe never attaches political or economic strings,” the opinion by The Herald described China as “a friend and role model.”

“The future of Zimbabwe lies with progressive forces such as China…Zimbabwe is in a good space, to be a friend of China,” it added.

Meanwhile, Chiwenga has pointed out that despite US efforts to sway public opinion against China, such misinformation “is not going to destroy that comprehensive partnership between the two peoples.”

The vice president thanked China for its continuous support of Zimbabwe during the COVID-19 pandemic, such as providing the African country with COVID-19 vaccines. 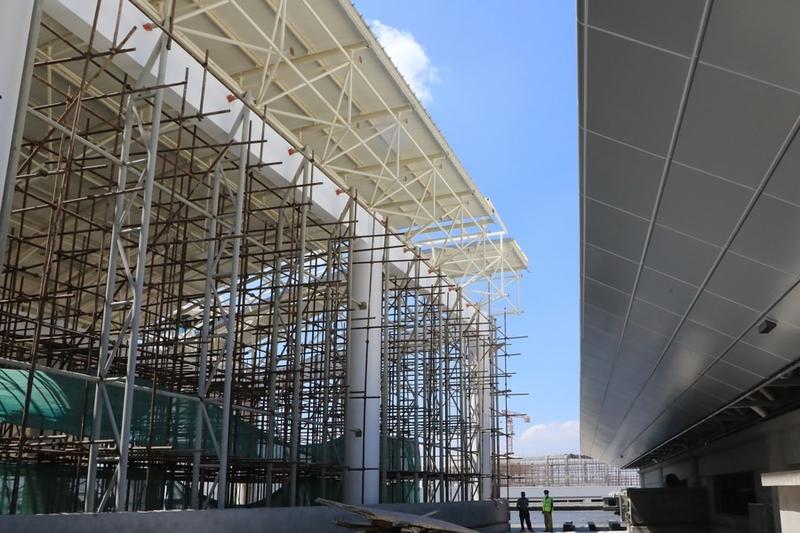 “Apart from the generous support in the health sector, we are indebted to the people of China for the support towards infrastructural development in all sectors of Zimbabwe’s economy,” he said.

Through Chinese investments, the infrastructure projects in Zimbabwe, either underway or completed, have resulted in higher living standards for many, he said.

George Charamba, press secretary in the Office of the President of Zimbabwe, has also spoken highly of the “profound contributions” of the Chinese people to Zimbabwe’s development.