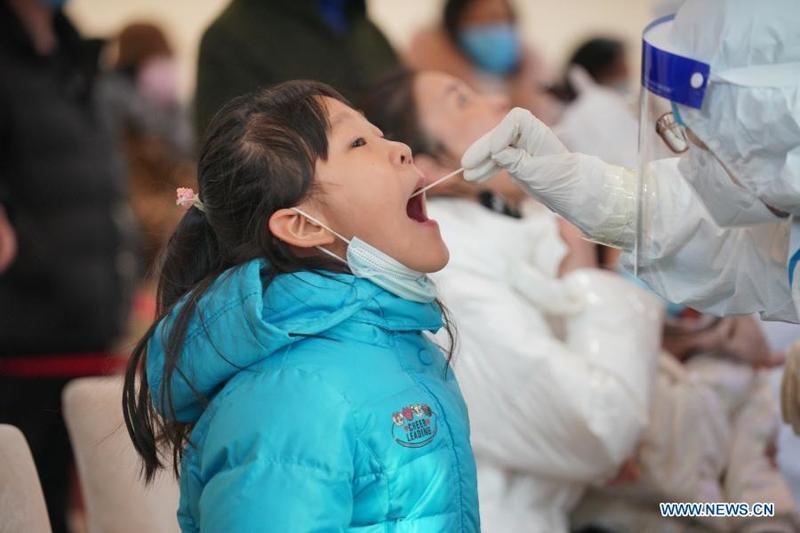 A medical worker collects a swab sample from a child at a COVID-19 testing site in Qiaoxi district of Shijiazhuang, capital of north China’s Hebei province, Jan 20, 2021. (MU YU / XINHUA)

Since a new cluster of infections was detected in early January, Shijiazhuang has taken a swift response to contain the virus’ spread and more than 30 million samples had been collected and tested from Jan 6 to 22 to best detect the virus.

All-staff nucleic acid testing is a fast and effective method to screen the virus out, especially in the early detection of asymptomatic infected persons.

This was also the first time that a Chinese megacity conducted repeated large-scale testing over such a short period of time.

“All-staff nucleic acid testing is a fast and effective method to screen the virus out, especially in the early detection of asymptomatic infected persons,” said Shi Jian with the provincial center for disease prevention and control.

Shi added that currently the vast majority of confirmed and asymptomatic infections in the city were all discovered during timely mass testing.

Shijiazhuang has seen over 800 confirmed COVID-19 cases since January, accounting for the bulk of the province’s tally.

The first round of testing began on Jan 6, and a total of 354 positive results were identified. The second round, which started on Jan 12, found 247 infections. Most cases that were found during the first two rounds of testing were highly concentrated in the city’s Gaocheng district, thus averting mass infection on a larger scale. 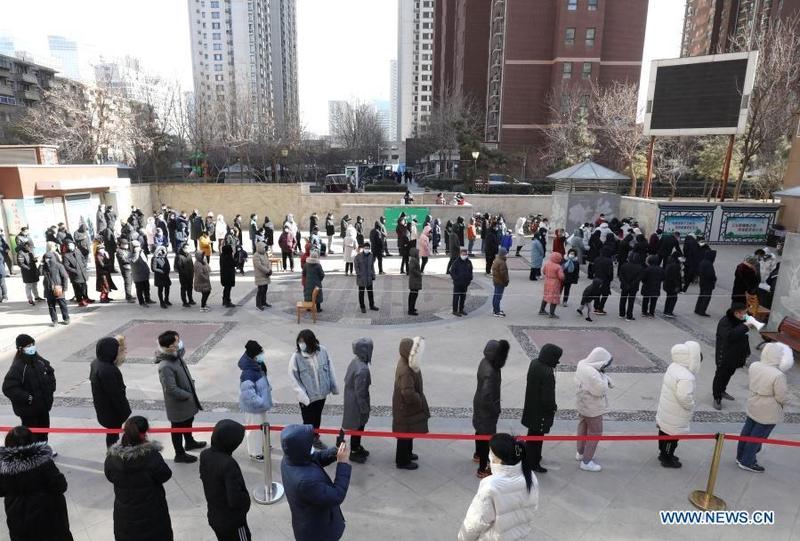 A total of 10.26 million samples were collected during the latest round between Jan 20 and 22, and 30 tested positive for COVID-19, said Meng Xianghong, vice-mayor of Shijiazhuang, at a press briefing late Friday.

“Twenty-five of the positive results, or 83.3 percent of the total, were from those already under centralized medical isolation, indicating that the epidemic has been effectively contained,” said Meng.

“Therefore strengthening the standardized management of quarantine points should be our top priority in the following work,” Meng added.

“Only by carrying out large-scale nucleic acid detection as early as possible can we best control the epidemic at the lowest cost. Therefore, Hebei has stepped up efforts and increased the frequency of nucleic acid detection in key regions. Nucleic acid tests are conducted every two days for close and sub-close contacts under isolation,” said Xu Jianpei, vice-governor of Hebei. 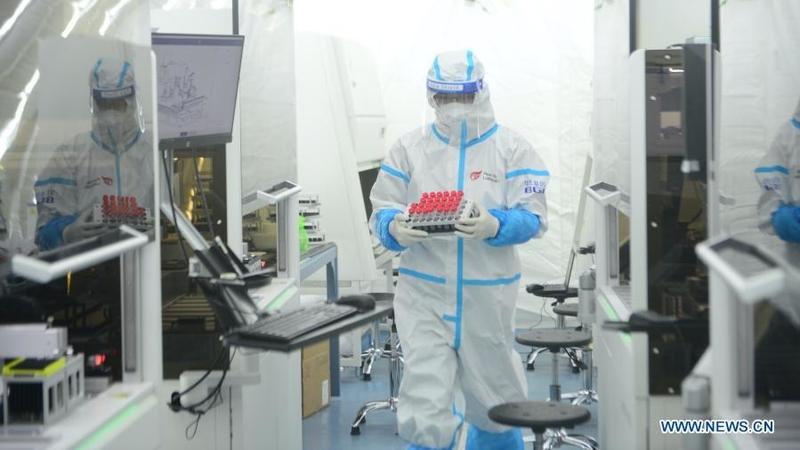 How it was done

Mass testing involves full cooperation and coordination of various departments and society, and China has made an all-out effort in mobilizing resources.

Duan Yunbo, deputy director of the provincial health commission, said that Hebei now has 667 institutions capable of nucleic acid testing, with a daily testing capacity reaching 710,000 samples. If the 10-in-one mixed sampling is adopted, 7.1 million samples can be tested every day.

A nucleic acid test laboratory named Huoyan, or Fire Eye, was built in only 10 hours and can test up to 1 million samples a day. It has also significantly improved the city’s testing capability, according to Zhang Guojun, deputy director of the health commission in Shijiazhuang.

Zhang added that thousands of personnel have rushed to Shijiazhuang to support the mass testing to make sure that the mission can be completed on schedule.