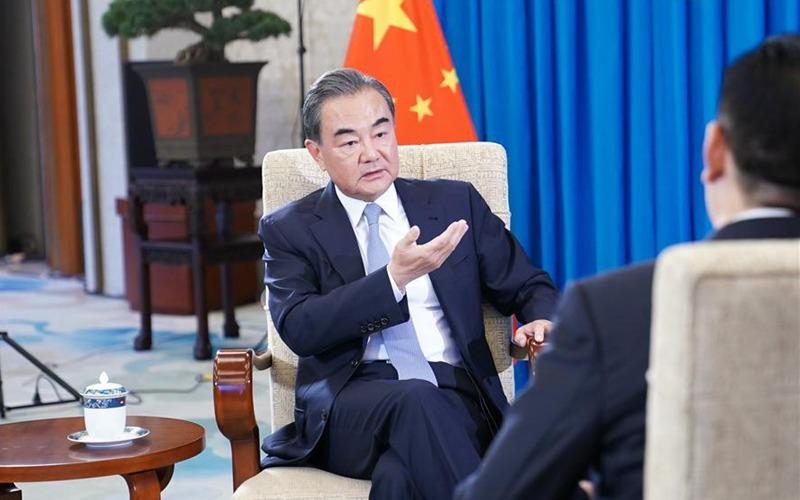 Some external forces have also intervened in the internal affairs of Asian countries under various pretexts, and even tried to instigate a new round of “color revolution.” They fabricated different kinds of lies to smear emerging economies including China and Russia, Chinese Foreign Minister Wang Yi said

China, in particular, will strengthen cooperation with Russia in four areas, Wang said.

Despite the generally sound relations between China and its neighbors, international terrorist groups and the three forces of terrorism, separatism, and extremism tend to resurge in the region, Wang said in an interview with Xinhua after attending the meeting of foreign ministers of the Shanghai Cooperation Organization member countries in Moscow.

Some external forces have also intervened in the internal affairs of Asian countries under various pretexts, and even tried to instigate a new round of “color revolution.” They fabricated different kinds of lies to smear emerging economies including China and Russia, he said.

Such bold acts, Wang said, go against the common interests of Asian countries, which will be rejected by the international community and leave a shameful record in human history.

In the face of the new threats and challenges, he proposed that China and other Asian nations enhance security cooperation in three aspects, he said.

Firstly, they will actively carry out a vision of common, comprehensive, cooperative and sustainable security, deepen security cooperation in traditional and non-traditional sectors, so as to jointly deal with risks and challenges.

Secondly, the Asian countries will constantly elevate the level of their security cooperation and work together to fight the three forces, drug trafficking and transnational organized crime. China is ready to join hands with all nations to push ahead with the China-proposed Global Initiative on Data Security, which is widely seen as conducive to formulating universally-accepted global data security rules and building a global data space featuring peace, security, openness, cooperation and order.

Moreover, the Asian countries firmly support each other to follow a development path that suits its national conditions and is chosen by its own people, and oppose anyone or any force to interfere with other countries’ internal affairs using any excuse. China is ready to boost exchanges of experience on governance with all its regional counterparts, so as to safeguard each other’s political and government security. 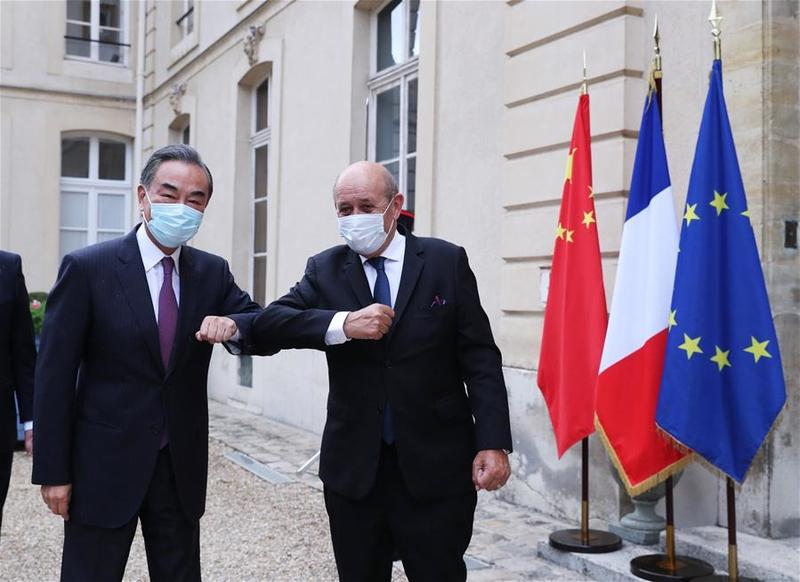 The friendship between China and Russia is unbreakable and their strategic cooperation will not change due to the influence of the external environment, said Chinese Foreign Minister Wang Yi

He and Russian Foreign Minister Sergei Lavrov, following face-to-face talks during Wang’s stay in Moscow, have reached a series of important consensus on strengthening bilateral ties and dealing with international and regional challenges, Wang said.

On a joint statement by the two ministers, Wang said it has interpreted the common position of China and Russia on almost all international issues, showing the two countries have become the key stabilizers in the current international landscape.

As the world is undergoing changes unseen in a century, accelerated by the onslaught of COVID-19, Wang said that in a bid to maintain and consolidate the sound development of China-Russia ties, the two ministers agreed to strengthen cooperation in the four areas.

First, the two countries will support international anti-pandemic cooperation, and in particular, support the World Health Organization in playing a coordinating role, support various countries in accelerating drug and vaccine research and development, and call for efforts to stop politicizing the pandemic and virus.

Second, China and Russia will set an exemplar of major-country peaceful coexistence, and constructive major-country coordinative relations are indispensable to solve global problems.

Fourth, they will safeguard international justice and equity. China and Russia will firmly safeguard the core position of the United Nations in international affairs, defend international laws and the basic norms governing international relations, and actively reform and improve the global governance system.

Noting such tests as certain country’s unilateral bullying, wantonly interference in other countries’ internal affairs, and containment and suppression of China and Russia, Wang said that the two countries’ friendship is unbreakable and their strategic cooperation will not change due to the influence of the external environment.

In the post-pandemic era, China will also continue to promote foreign exchanges and cooperation and better synergize the Belt and Road Initiative and various countries’ development strategies, Wang said.

Noting that China will open itself even wider to the world in an all-round way, Wang Yi said China is willing to expand the import of high-quality agricultural products from relevant countries

China will continue to push forward bilateral and multilateral foreign exchanges and cooperation in the post-epidemic era through conventional face-to-face diplomacy as well as e-diplomacy, including telephone conversations, letters, virtual meetings and summits, Wang said.

Wang said that during his trip, China and relevant countries summarized the new features and good experiences of cooperation amid the pandemic.

ALSO READ: Belt and road reaches out to the world

All sides have agreed to outline a new roadmap for cooperation in various fields, improve cooperation mechanisms such as joint epidemic prevention and control at border crossings, boost Belt and Road cooperation to maintain common interests and meet complementary needs, and promote connectivity and facilitate personnel exchanges by resuming flights and increasing direct flights, he said.

Noting that China will open itself even wider to the world in an all-round way, Wang said China is willing to expand the import of high-quality agricultural products from relevant countries.

China supports the development of the digital economy in all relevant countries and is ready to strengthen bilateral and multilateral cooperation on 5G, big data, artificial intelligence, the digital economy, e-commerce and information technology, he added.