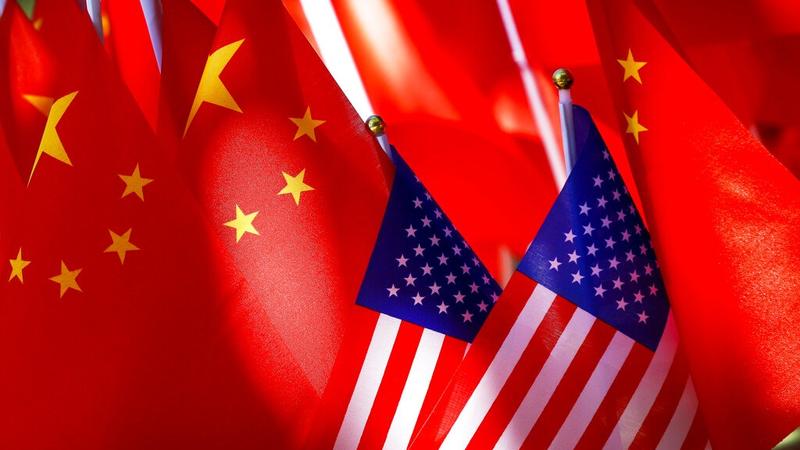 In this September 16, 2018, file photo, American flags are displayed together with Chinese flags on top of a trishaw in Beijing. (ANDY WONG / AP)

It is vital for Washington and Beijing to engage each other to avoid conflict, as splitting allegiances would be “very hard” for countries that wish to preserve ties with both powers, Singaporean Prime Minister Lee Hsien Loong said on Tuesday.

“No good outcome can arise from a conflict. It’s vital for the US and China to strive to engage each other to head off a clash, which would be disastrous for both sides and the world,” Lee said at the 2021 Aspen Security Forum via video link.

Government leaders and former officials discussed issues ranging from Afghanistan, the rise of China, cryptocurrencies and the Biden administration’s trade agenda at the two-day annual event.

US-China bilateral relations have “unfortunately” become more difficult over the past few years, but many countries still hope that the deterioration in the relationship can be stopped, because “many US friends and allies wish to preserve their extensive ties with both powers”, Lee said.

China’s not going to disappear. This is not the Soviet Union. It is not the Potemkin village front. This is a country with enormous dynamism, energy, talent and determination to take its place in the world again.

ALSO READ: China draws up to-do lists for US

The worsening of relations was not a burning issue that will explode tomorrow, but a progressive one with “very serious consequences”. Lee said that there is “possible misunderstanding” on both sides.

For example, some people in China believe that the United States is in “terminal decline” while some in the US are treating a competitor as an adversary.

“I don’t know whether Americans realize what a formidable adversary they would be taking on if they decide that China is an enemy,” Lee said.

“China’s not going to disappear. This is not the Soviet Union. It is not the Potemkin village front. This is a country with enormous dynamism, energy, talent and determination to take its place in the world again,” he said.

There are many issues, disputes and grievances on both sides, but the reality is neither side can put the other one down, he added.

Lee recalled that US President Joe Biden has said there will be “extreme competition”, not necessarily a conflict, with China.

He said that the US wants that competition to be fair, but that there is a “very fine line” between competition and treating a competitor as an opponent or an adversary.

“Within the US, there’s a strong bipartisan consensus that the old model is broken, and you need to take a more robust approach, and one which will to some considerable extent lead at the very least to bifurcation－of technology, of access to talent, even of capital markets,” Lee said.

READ MORE: China hits back at US sanctions threat

Though there has been pushback against globalization in recent years due to geopolitics and insecurity, particularly from the pandemic, the economic logic of globalization is “more than ever” valid, he said.

With safeguards and safety nets, the world could still reap most of the benefits of globalization, but it should be wary of another situation, “where you have bifurcation and then countries have to choose”, which is not a stable situation, he said.

“But here, when all of the countries in Asia and many of the countries in Europe have China as their biggest trading partner and America as a very major friend, and sometimes ally, to have to have a bifurcation means they’ve got to split down the middle of many societies, which I think is going to be very hard,” Lee said.

At the same time, the world needs new areas of cooperation, for example, on digital and green economies, data flows and climate change.

“If we are at loggerheads on globalization, fundamentally, I think all those issues are going to become even more intractable than they already are, and that would not just be a pity, it could well be a disaster for the world,” Lee said.

Take the digital economy as example, Lee said. It is “not really practical” to take all of the electronics supply chain and put it in the US.

“I think there’ll be many more hard choices you’re going to make if you… take the bifurcation to its extreme limits; it doesn’t make sense,” Lee said.