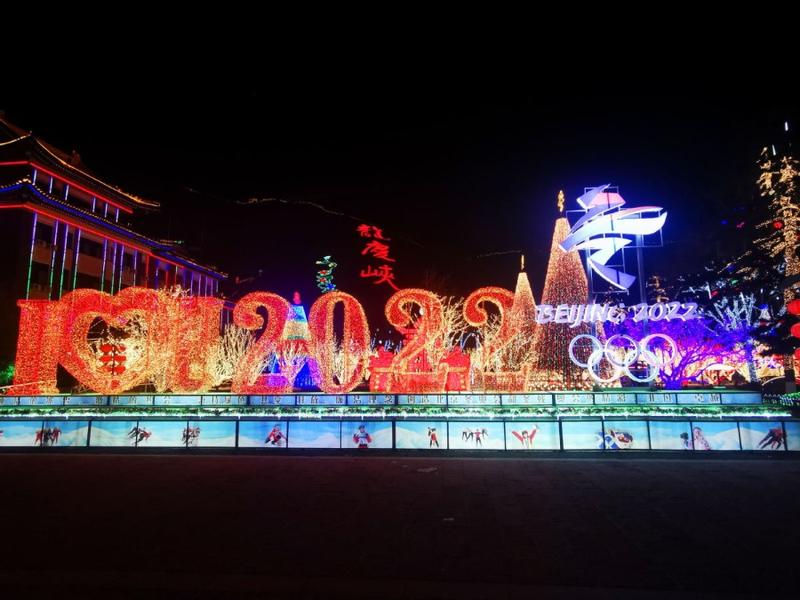 Indeed, the hundreds of figures carved from snow and water among a rainbow’s worth of multicolored lights and over 2,000 lanterns shaped like corn cobs, caterpillars and starfish conjure an almost psychedelic vim.

That’s not to mention stone statues of hippos, athletes and sages that occupy the grounds year-round.

People visit the area throughout the year to explore its jutting karsts and yawning caves, and to float on boats that ply its underground rivers. They also ride a massive mountainside escalator shaped like a dragon (long qing translates as “dragon celebration”) that has become an icon on the iconic destination.

The festival actually shines brightest at night, when the ice burns with blazing multihued lights, creating a truly otherworldly aura.

After sunset, illuminated Chinese characters, pagodas and facsimiles of the Great Wall can be seen high on the mountaintops. And video promos for the 2022 Winter Olympics, which China will host, are projected on a sheer cliff side.

Some of the objects, figures and structures seem almost ironic, such as ice skaters and hotpot sculpted from ice, and snowmen made of strings of lights standing next to lanterns made of snow.

Penguins fashioned from snow waddle at the foot of a 40-meter-high frozen waterfall, which is arguably the seasonal festival’s main natural attraction.

The festival ranked among the 10 most popular short-distance-trip destinations nationwide during the recent Spring Festival holiday, according to China’s largest online travel provider, Trip.com.

Topical themes this year include the Year of the Ox, the 2022 Winter Olympics and the 100th anniversary of the Communist Party of China’s founding. 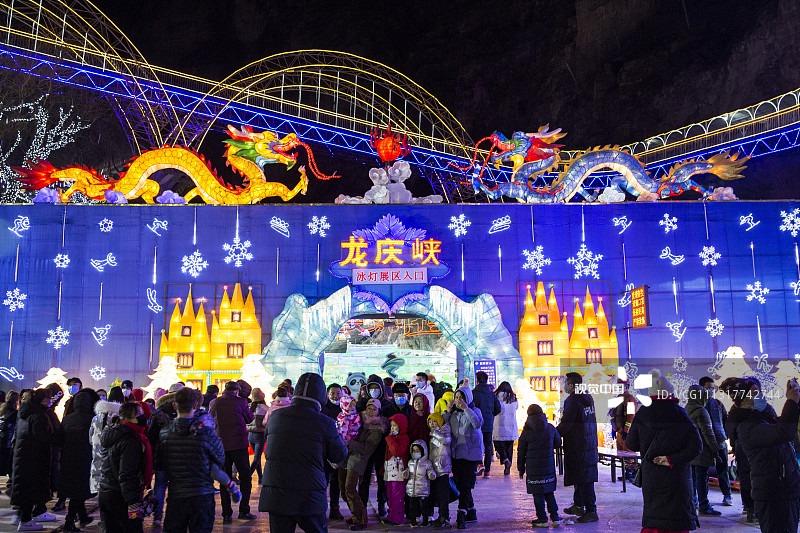 Many visitors to the event also stop in the nearby Yongning ancient town to visit its temple, church and iconic 1,300-year-old Yuhuang Pavilion.

The settlement was a thriving commerce hub in the Ming (1368-1644) and Qing (1644-1911) dynasties, when it attracted businesspeople from around the country to set up shops.

Travelers stroll along its main pedestrian street, where townspeople vend local produce and folk crafts, and pop into eateries to try such specialties as boiled tofu and “fire spoon” pastries-disks of dough that diners stuff with pig-head pork or donkey meat. 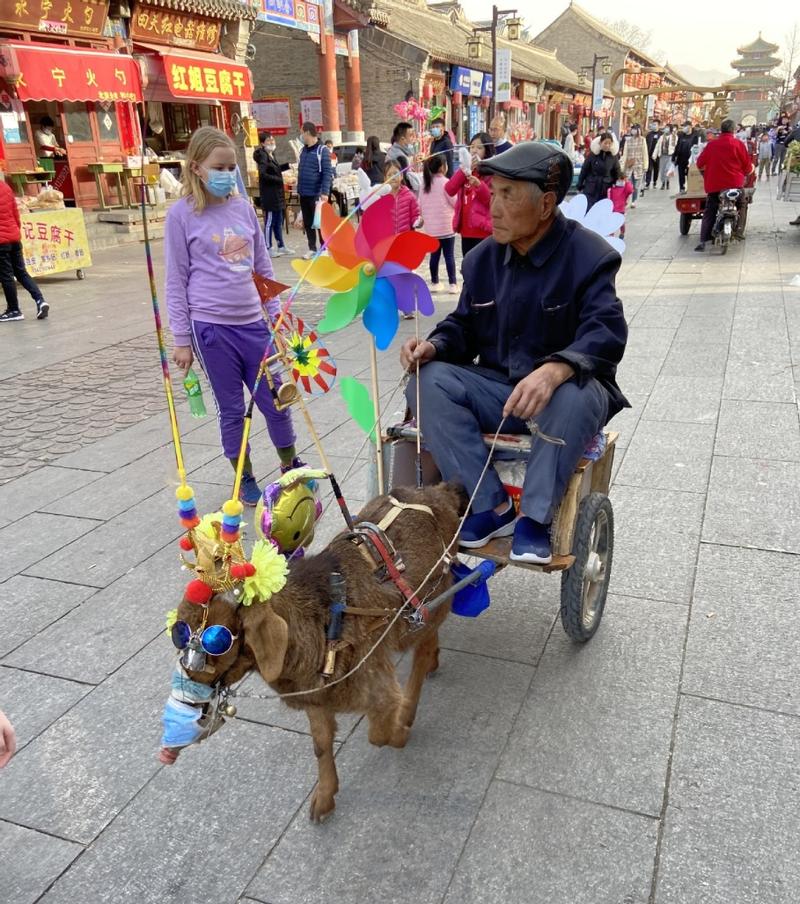 An unlikely, yet much beloved, figure of the community is an elderly farmer who rides a two-wheeled cart drawn by a goat wearing sunglasses, a Peking Opera headdress, multiple facemasks, smiley-face balloons and pinwheels.

Indeed, the scene may seem surreal.

But it’s just a warm-up for the always fantastical-and sometimes wacky-winter wonderland that is the Longqing ice fest.

Yang Feiyue contributed to the story.