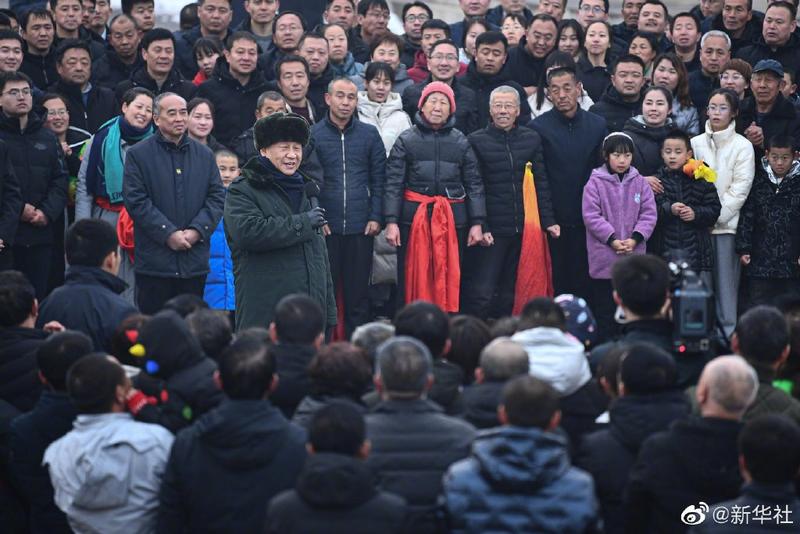 President Xi Jinping speaks to villagers in North China’s Shanxi province ahead of the Spring Festival, or the Chinese New Year, on Jan 26, 2022. (PHOTO / XINHUA)

Xi, also general secretary of the Communist Party of China Central Committee and chairman of the Central Military Commission, wished Chinese people of all ethnic groups, compatriots in Hong Kong, Macao and Taiwan, and overseas Chinese healthier and happier lives in the Year of the Tiger, and expressed his hope that the motherland would increase in prosperity and strength.

Xi, as the Party’s top leader, has for 10 consecutive years visited people at the primary level — especially those from disadvantaged groups — ahead of the Spring Festival, the most important holiday in the Chinese calendar and an occasion for family reunions. 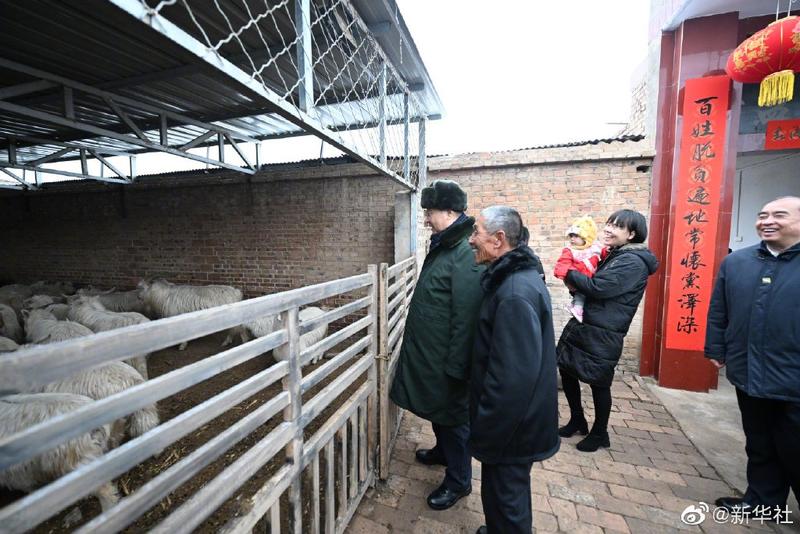 President Xi Jinping visits a sheep farm at a village in North China’s Shanxi province ahead of the Spring Festival, or the Chinese New Year, on Jan 26, 2022. (PHOTO / XINHUA)

Xi on Wednesday visited the people of Fengnanyuan Village in Huozhou City, one of the places hit hard by floods last October.

When he sat down with a family to hear about their day-to-day lives, Xi said that locals who have been affected by the disaster are often in his thoughts and that he chose the village as his first stop to see the reconstruction and recovery first hand. 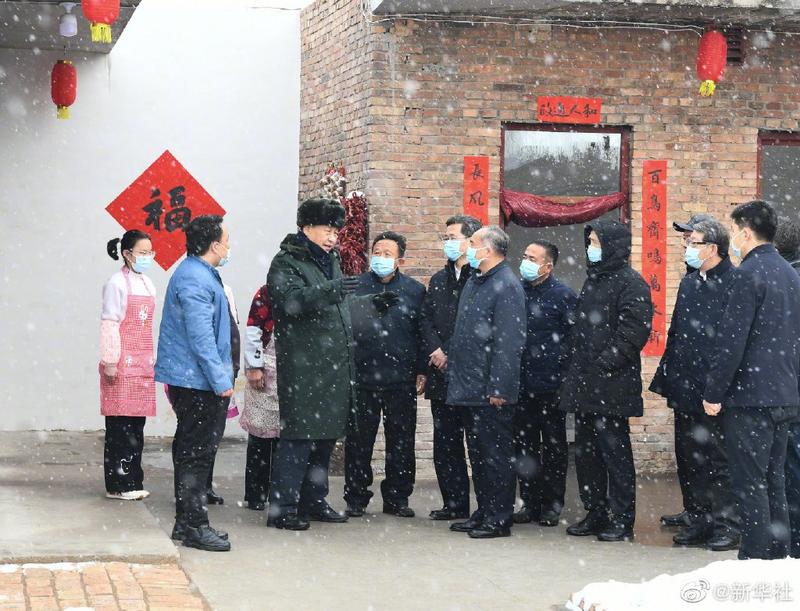 President Xi Jinping speakers to villagers in North China’s Shanxi province ahead of the Spring Festival, or the Chinese New Year, on Jan 26, 2022. (PHOTO / XINHUA)

In a villager’s home, Xi checked the kitchen, the bedroom and the sheepfold, and asked about the family’s income and their life.

Xi was pleased to learn that the family, after shaking off poverty in late 2016, has prospered through raising sheep and seeking work in other places.

“The CPC’s resolve to ensure all Chinese people live happy lives has remained unchanged for more than a century, and it will not falter,” Xi said.

Speaking in front of villagers at a local square, Xi said that the fundamental purpose of the Party is to strive to ensure people’s happy lives.

Noting that the goals of modern socialist China cannot be attained without the modernization of agriculture and rural areas, Xi urged efforts to consolidate the achievements of poverty eradication, advance rural vitalization, and improve people’s lives.

Touring Pingyao, one of the best-preserved ancient walled cities in China and a UNESCO world heritage site, on Thursday, Xi called for more efforts to conserve the country’s cultural heritage and protect “the valuable treasure left to us by our ancestors.”

At a museum in Pingyao, he said the unique traditional Chinese culture should be promoted more to contribute to economic and social development and people’s quality life.

Dropping by souvenir shops inside the ancient walled city, Xi shopped cooked beef and vinegar as festive purchases for his family. People in China usually eat dumplings with vinegar.

Xi even took part in vinegar-making in a workshop.

He also visited a lacquerware shop and demanded cultural treasures such as the traditional lacquering skill be better protected.

“We should promote traditional cultural industries with distinctive Chinese features to the rest of the world,” said Xi. 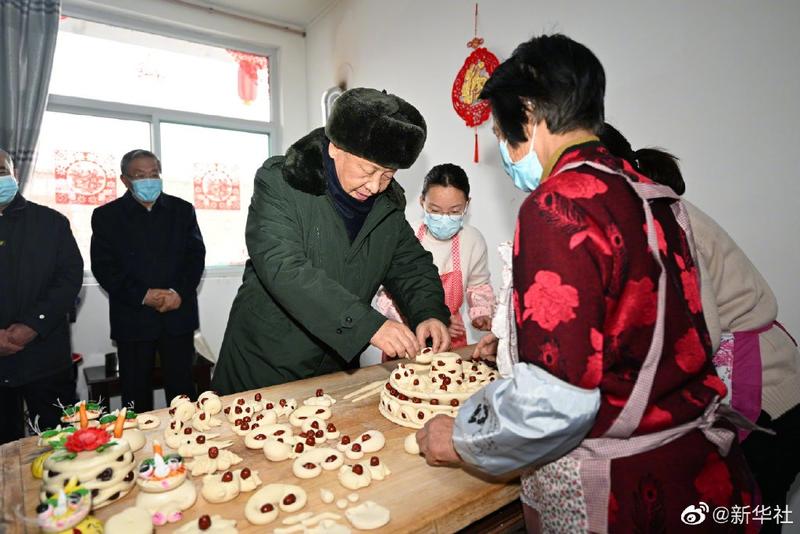 President Xi Jinping makes traditional snacks at a village in North China’s Shanxi province ahead of the Spring Festival, or the Chinese New Year, on Jan 26, 2022. (PHOTO / XINHUA)

On COVID-19 response, Xi warned that the pandemic is still spreading worldwide and new features of transmission have shown.

With the winter power and heat supply in mind, Xi on Thursday afternoon inspected a company that has made progress in the clean and efficient utilization of coal in recent years. There, he visited an intelligent fuel management center, a laboratory and a coal yard, among other facilities.

“Carbon peaking and carbon neutrality are not something asked of us, but something we are doing on our own initiative,” Xi said, adding that the goals cannot be achieved easily but efforts must be made immediately.

He called for strengthening domestic energy production, ensuring the supply of coal and facilitating the clean and low-carbon development of the coal industry. 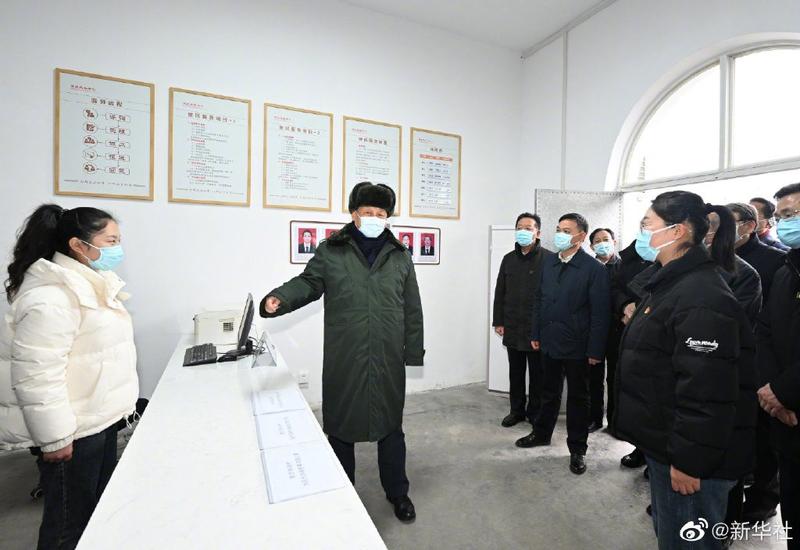 President Xi Jinping visits a village in North China’s Shanxi province ahead of the Spring Festival, or the Chinese New Year, on Jan 26, 2022. (PHOTO / XINHUA)

Efforts should be made to accelerate green and low-carbon technological breakthroughs and continuously upgrade China’s industrial structure to achieve the goals of carbon peaking and neutrality proactively and steadily, Xi said.

The supply of power and heat is vital to the overall economic development and social stability, Xi said. He urged major enterprises, especially state-owned enterprises, to lead by example in maintaining the stability of supply and prices to ensure that people stay safe and warm in winter. 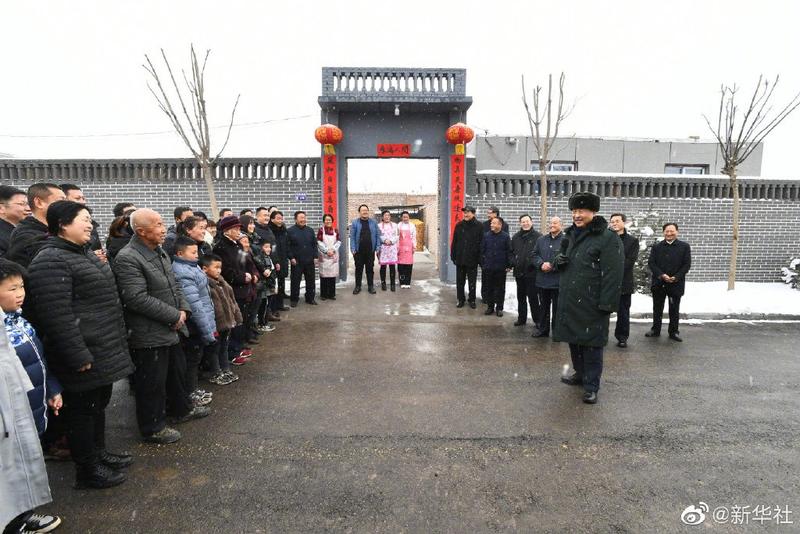 President Xi Jinping visits a village in North China’s Shanxi province ahead of the Spring Festival, or the Chinese New Year, on Jan 26, 2022. (PHOTO / XINHUA)