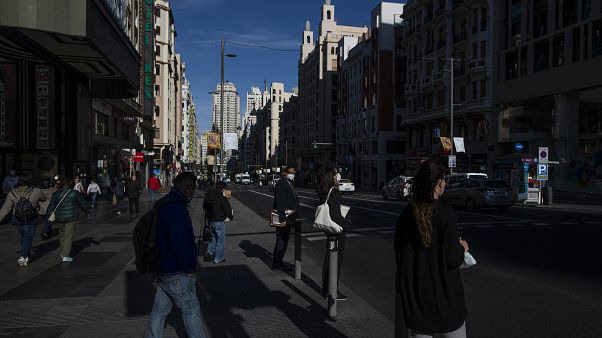 A high court in Madrid on Thursday rejected measures forced on the region by the central government, which included the partial lockdown of the Spanish capital and nine neighbouring municipalities.

The court “rejected the ratification (of the measures), because they harmed the fundamental rights and freedoms” of the 4.5 million inhabitants affected by the partial lockdown, which came into force on Friday evening, the court said in a statement.

As a result of the decision, fines cannot be handed out to citizens who break the rules.

The central government — a coalition of the Socialist Party (PSOE) and Unidas Podemos — has locked horns with the conservative-led Madrid regional government over the measures.

The partial lockdown of the city and its suburbs aimed to curb the spread of the coronavirus in Madrid, which is at the epicentre of Europe’s second wave of the pandemic.

Spain’s national government ordered two weeks of new restrictions that started at 10 pm on Friday despite pushback from regional officials.

The measures prohibited all nonessential trips in and out of Madrid and nine of its suburbs — affecting around 4.8 million people.

Restaurants were ordered to close at 11 pm and shops at 10 pm and both were told to limit capacity to 50%.

But Madrid’s autonomous authority clashed with Spain’s central government over the order, saying it would comply but would simultaneously challenge it in the courts.

The High Court will next rule on whether to suspend the measures as it considers the Madrid government’s appeal, having already thrown out an immediate suspension of the restrictions, as requested by the far-right Vox party.

Madrid is leading the resurgence of the virus in Spain, which has Europe’s highest cumulative caseload — 870,000 confirmed cases since the onset of the pandemic.

The surge of cases in the Spanish capital has hit hospitals hard, with officials saying that over 40% of the region’s ICU capacity is now being used to treat COVID-19 patients.