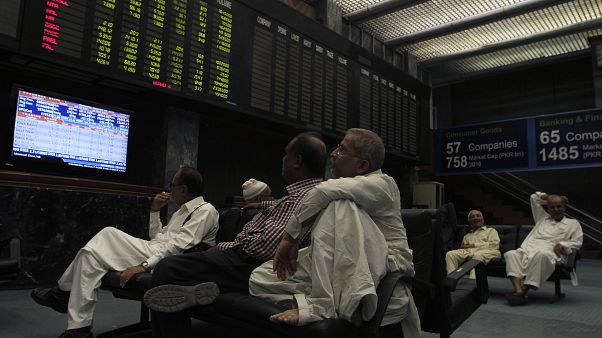 Two security guards and a policeman were killed, according to AP quoting police. AFP cites police as saying six people have been killed — the four armed men as well as a civilian and a police officer.

A separatist group from the neighbouring province of Balochistan has said it carried out the attack.

According to police, an unknown number of gunmen armed with grenades and automatic rifles drove up to the building, opened fire at the entrance and entered the grounds. It’s not known if they reached the stock exchange itself.

They are then said to have fired indiscriminately as shots were reported from inside the complex, although a source told AFP that they then ceased, at least temporarily. One broker said he and others were huddled inside their offices, AP reported.

Special forces surrounded the building and in the ensuing operation the assailants are said to have been killed and the situation brought under control.

AP quoted police as saying the bomb disposal squad was called to the stock exchange and was trying to clear the building of explosive devices.

The complex is located in the heart of Karachi’s financial district, where security is tight. The area is also home to the Pakistan State Bank as well as the headquarters of several national and international financial institutions.

The Karachi stock exchange is Pakistan’s largest and oldest stock exchange, incorporated today with the exchanges in Islamabad and Lahore.