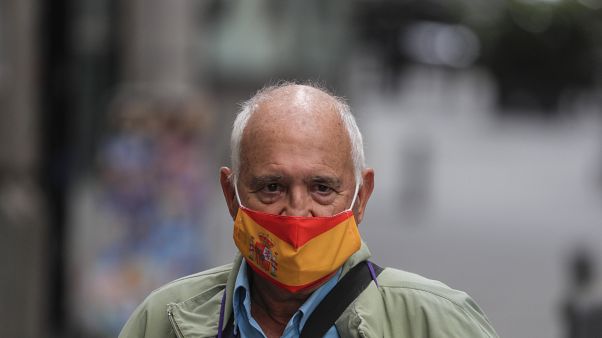 Spain has issued new COVID-19 restrictions in Madrid, prohibiting travel from 37 zones within the capital and limiting gatherings to six people as cases rise significantly.

Around 850,000 people live in the affected areas, representing 13 per cent of Madrid’s population, the local government said. They also account for roughly 24 per cent of the cases detected in the last week.

It comes as the country’s total number of cases increased by more than 14,000 on Friday with Spain seeing the largest outbreak in Europe in recent weeks.

Now in an effort to contain the spread of the virus, Madrid will close parks and gardens in certain areas and while shops and restaurants will remain open, capacity will be limited.

The restrictions are in zones with more than 1,000 infections per 100,000 inhabitants.

Coming into effect on Monday, the order will be in place for a minimum of two weeks, Madrid’s government said in a statement.

Infections in Europe are now higher than they were at the peak of the pandemic in March, due in part to increased testing.

Dr Hans Kluge, the World Health Organisation’s regional director for Europe, has said he expects that deaths will rise in October.

“We have a very serious situation unfolding before us,” said Dr Kluge last week.

Indeed, France, like Spain, has been struggling with rising case numbers and hospitalisations.

France recorded more than 13,000 new positive COVID-19 cases on Friday, a record in the country.

Several French cities are now issuing new restrictions with gatherings capped at 10 people in Marseille, Bordeaux, Lille and Nice. In Lyon, where there have been nearly 200 new cases per 100,000 people, local authorities are expected to follow suit by Monday.

France also recorded 123 deaths in a single day, a record high since May when the country was first coming out of lockdown and cases were decreasing.

The United Kingdom, which recorded more than 4,000 new cases in a single day, is also planning new restrictions.

Around 2 million people in the northeast will be subject to tighter restrictions and gatherings are limited to six people throughout England.