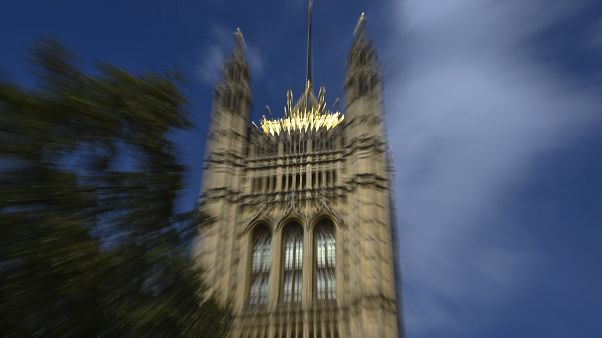 The British government’s controversial bill that would breach international law by overriding Brexit deal provisions on Northern Ireland is due to be debated in the House of Commons this afternoon.

Watch the proceedings live in the video player above from 1530 CEST.

David Cameron has become the fifth former British prime minister to criticise the bill, which gives ministers powers to “disapply” parts of the rules agreed in October 2019 for goods that cross in and out of Northern Ireland.

The rules are set out in the Northern Ireland Protocol as part of the binding Withdrawal Agreement that set the divorce terms between the UK and the EU, and has the force of an international treaty.

“Passing an Act of Parliament and then going on to break an international treaty obligation is the very, very last thing you should contemplate,” said Cameron, who occupied No 10 Downing Street from 2010-2016 and resigned after the EU referendum.

However, the ex-leader said it was important to note that the provisions in the bill might never be implemented. “The bigger picture here is we are in a vital negotiation with the European Union to get a deal,” he added.

Cameron’s intervention followed those of former prime ministers Tony Blair and Sir John Major, who implored lawmakers to reject Boris Johnson’s proposed new legislation. Theresa May and Gordon Brown have also attacked the plan as damaging to the UK.

The divorce deal gives the European Union a remit in Northern Ireland, which would continue to follow the bloc’s single market rules and apply its customs code in order to keep an open border with EU member the Republic of Ireland.

The British government argues that its bill — which has sparked an outcry within the EU — is an “insurance policy” for a scenario where no trade deal is agreed with the bloc.

Talks are ongoing but deadlocked over competition and fishing rights. Boris Johnson has set a deadline of mid-October for agreement to be reached.