When you step out of the station you are immediately struck by two things. One of the modern ambition of the city and university visible in the impressive modern university buildings immediately opposite you. The other is your fellow passengers. On my last visit I noticed huddles of young people from China and India with maps and cases, taking in their first impressions of their new home.

This seen is not only common to Cardiff. From Swansea to Aberystwyth, international students are now fundamental to Welsh universities and its wider economy.

When Study Group opened its first ever International Study Centre with Cardiff University this past year we could not have imagined just how different the year would have been but the first students arrived in person or studied online supported by dedicated teaching staff and they are thriving.

I am particularly proud that their courses of study include not only pathways to Science and Business but also to Medicine. International students who elected to study in the capital of Wales will one day use the knowledge they gained there in its teaching hospitals and then perhaps with patients in their own countries. This is one way that we do indeed help make a better world through education.

The power of education to do good was the vision which inspired a personal hero of mine, John Viriamu Jones.

Like me he was a Welsh scientist who went to Oxford and then found himself closely involved in bringing a high-quality education to other cities. He was a fellow of Jesus College and was the first vice-chancellor of the University of Wales where he also helped to raise the standard of secondary education in the land of his birth.

Today the role of vice-chancellor in Cardiff is being carried out by another exceptional leader and one with a deep commitment to international education.

I’ve been fortunate to visit China for example with Professor Colin Riordan and I’ve seen his genuine concern for students who travel to the UK from other countries. Colin’s academic expertise is in German language and culture and he is actively involved in organisations such as Universities UK International and the Association of Commonwealth Universities.

Through this and other work he has seen the courage it takes for students to take up their education overseas and the profound benefits which follow.

And this connection doesn’t end with graduation. The alumni of Welsh universities are found across the world and they treasure their relationships with the cities and communities which were a second home at a crucial part of their lives. And the feeling is mutual.

Wales has been changed by its international students for the better and it is grateful. They will always be welcome as partners, visitors and friends to the country which was for many years a second home to some of the most talented young people in the world. As the old song says,

“We’ll keep a welcome in the hillsides

We’ll keep a welcome in the Vales

This land you knew will still be singing

When you come home again to Wales.” 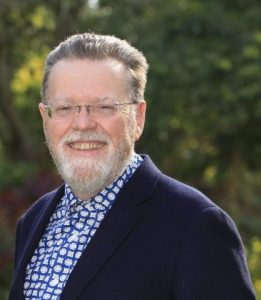 Sir Keith Burnett FRS FLSW is Chair of Study Group U.K. and a Fellow of the Learned Society of Wales. St. David’s Day 2021 is on March 1.