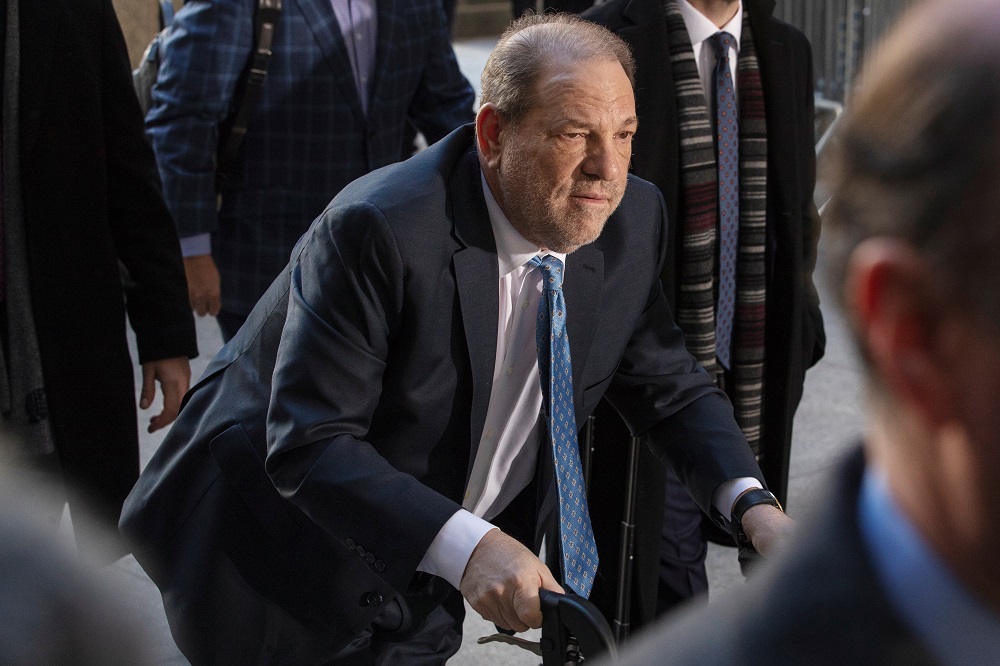 LONDON, Sept 19 — Queen Elizabeth II has stripped Harvey Weinstein of the royal honour he was awarded before his predatory sex crimes came to light, an official government statement said yesterday.

The disgraced Hollywood movie mogul, who is currently serving a 23-year jail term for rape, received the honour in 2004 in recognition of his contribution to the British film industry.

But an announcement in The Gazette, the UK official government record, said it had now been withdrawn.

“The Queen has directed that the appointment of Harvey Weinstein to be an Honourary Commander of the Civil Division of the Most Excellent Order of the British Empire, dated 29 January 2004, shall be cancelled and annulled and that his name shall be erased from the Register of the said Order,” it read.

Royal honours can be forfeited in circumstances where Buckingham Palace considers the system has been brought into disrepute. Decisions are approved by the monarch herself.

Previous recipients who have had their honours removed include Rolf Harris, the Australian-born entertainer and artist who was jailed in 2014 for a string of sexual assaults.

He had been given a CBE in 2006 after painting Queen Elizabeth’s portrait to mark her 80th birthday. He was also stripped of his Australian honours.

Zimbabwe’s former president Robert Mugabe lost his honourary knighthood in 2008 because of what the UK government said were “human rights violations” and “disregard” for democracy.

Romania’s Communist-era dictator Nicolae Ceausescu had his honourary knighthood withdrawn in 1989, the day before his execution.

In 1979, the art historian Anthony Blunt, who advised the queen, also lost his knighthood after he was exposed as a Soviet spy.

In 2012, Fred Goodwin lost his title of “sir” because of the “scale and severity of the impact of his actions as CEO of RBS” during the financial crash four years earlier. — AFP