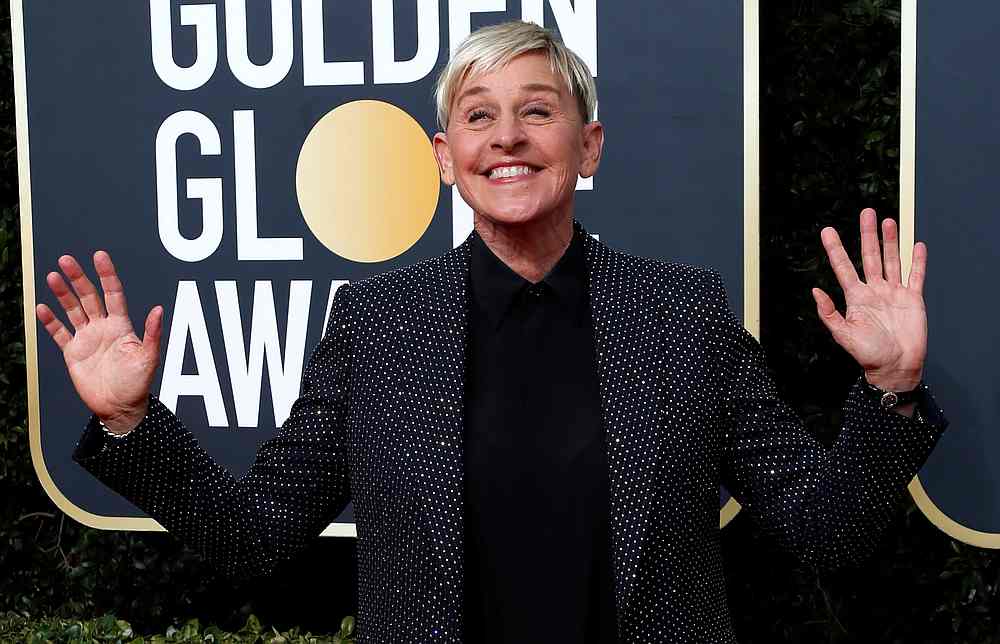 NEW YORK, Sept 22 ― Ellen DeGeneres yesterday opened the 18th season of her talk show that’s been mired in controversy for months with a broad apology that addressed allegations of a toxic workplace culture under her watch.

It was the first time the staple of daytime US television publicly addressed the controversy surrounding her, after BuzzFeed News published a report over the summer detailing a culture of fear among her employees that included accusations of sexual misconduct, racism and intimidation from the show’s management.

The scathing reports followed rumors and anecdotal posts on social media that DeGeneres was difficult to work with ― and not nearly as nice as her feel-good show portrayed her to be.

“I want to say I am so sorry to the people who were affected. I know that I’m in a position of privilege and power and I realized that with that comes responsibility, and I take responsibility for what happens at my show,” DeGeneres said in her opening monologue, released online ahead of its broadcast later yesterday.

DeGeneres said her programme was kicking off a “new chapter” after “necessary changes” following an internal investigation from parent company Warner Media, though she did not go into detail on any of the restructuring.

The long-time comedian, actor and host also joked that she was in a tough position given her reputation as the “be kind” lady, a nickname she said she earned after she urged kindness following the 2010 suicide of a young man who was bullied for being gay.

“Being known as the ‘be kind’ lady is a tricky position to be in,” DeGeneres said. “So let me give you some advice out there if anybody’s thinking of changing their title or giving yourself a nickname, do not go with the ‘be kind’ lady. Don’t do it.”

“The truth is I am that person that you see on TV,” she continued, denying allegations that offstage her personality was a far cry from the sunny persona she has crafted onstage.

DeGeneres, 62, made waves in 1997 after becoming one of the first television stars to publicly come out as gay, which she did while starring in the sitcom Ellen.

Last year, prior to the scandal surrounding her eponymous show, she renewed her hosting contract through 2022, also inking a deal to create three shows for the streaming platform HBO Max.

DeGeneres had returned to her California studio for Monday’s premiere, with a virtual audience on rows of screens due to the coronavirus pandemic.

DeGeneres circulated her monologue online, though many social media users mocked her  ― the line “I am a work in progress” was particularly skewered ― saying her words rang hollow.

“It’s hard not to feel as though an opportunity was missed here,” wrote Daniel D’Addario, chief television critic for entertainment outlet Variety.

“DeGeneres’ attempt to clear the air fell painfully flat in part because of her unwillingness to engage with her critics in anything more meaningful than a platitude,” he said. ― AFP