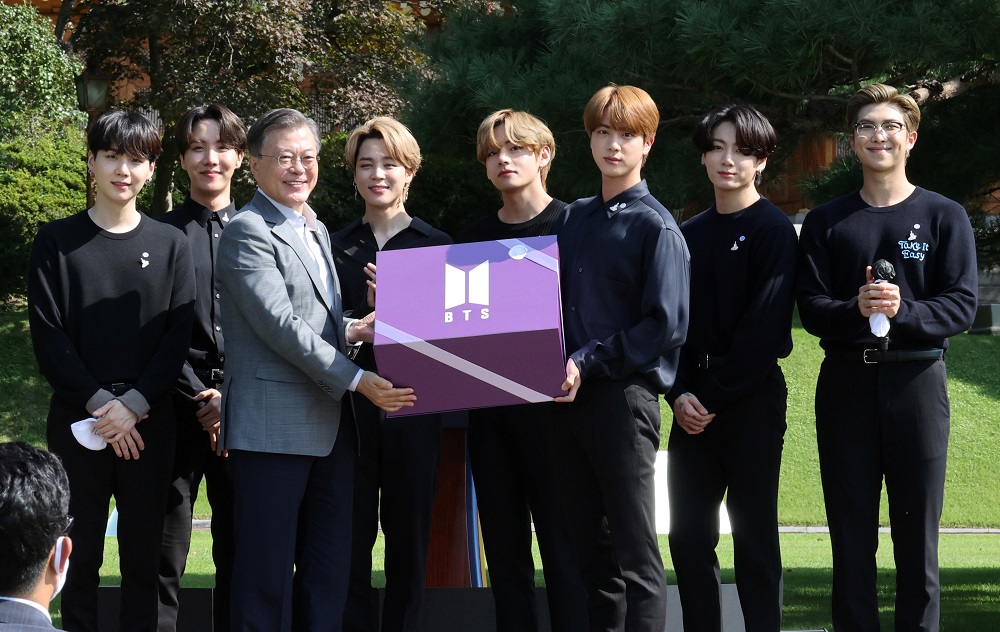 BTS scored Korea’s first-ever no. 1 hit on the main US Billboard music chart last month with the group’s first all-English language single Dynamite, crowning a dizzing global rise to fame since a 2013 debut.

Standing at podiums before South Korean President Moon Jae-in, the seven members spoke in turn about persevering for years since their debut amid uncertainty, and runaway success in the last three years causing them to question their goals.

“Seven young people living lives like a roller coaster… I remember in 2018 all seven of us were lost after so much success. We can never believe the path will remain full of flowers and fruit, because we don’t know when the descent will start again,” said RM, leader of BTS.

“To make sure momentary happiness and misery doesn’t affect your entire life… please continue to walk bravely, as you have done so far.”

Members of BTS handed Moon a time capsule for future youth, in a purple box, to be opened in 19 years.

South Korea’s first-ever Youth Day was celebrated after a law on the rights and responsibilities of youth aged 19-34 was enacted last month. — Reuters