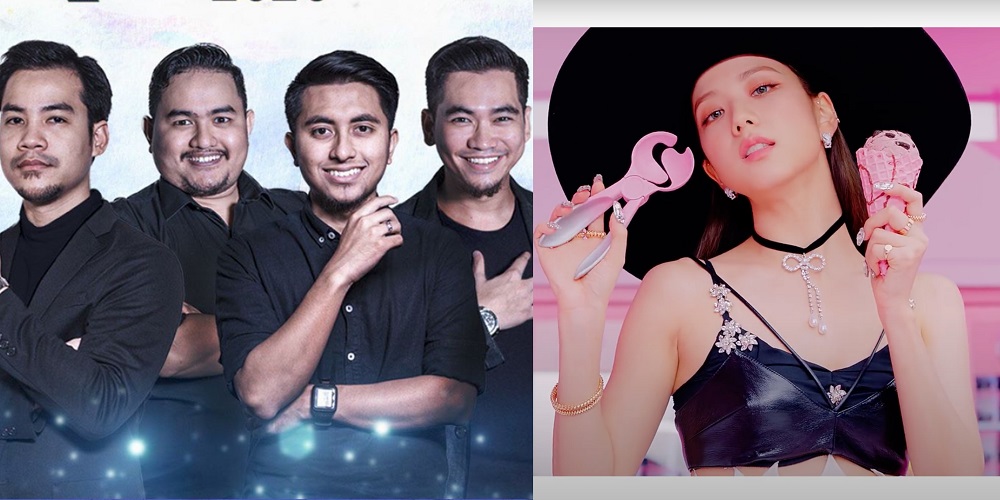 The quartet, consisting of members Mahdi, Ayman, Ridwan, and Hakim, paired up with singer Fitri Haris to deliver a cover with rewritten lyrics focusing on religiosity and God.

The final product is a far cry from the Korean girl group’s original song which features lines laden with double entendres and sexual innuendos.

Rabithah decided to perform a religious version of Ice Cream because they were concerned that the song’s “explicit” and “inappropriate” lyrics could have a detrimental effect on young people.

“Lately, the original version of this song has been going viral and trending at number one on YouTube and other online platforms.

“When we found out there were explicit and inappropriate metaphors in this song, we took the initiative to make a cover and change the content for the better so it can be an alternative form of entertainment for young people,” Rabithah wrote in the video’s description.

The members had similar goals when they performed a religious cover of Shawn Mendes and Camila Cabello’s Senorita last year, saying that they were disappointed to see kids “singing along to the song’s (suggestive) lyrics without feeling guilty.”

Rabithah has also performed Islamic versions of other chart-topping hits, such as BTS’ Dynamite and Blackpink member Jennie’s Solo.

Their efforts have certainly not gone unnoticed as their cover of Ice Cream has garnered more than 155,000 views since it premiered on YouTube on October 16.

Most Twitter users were not on board with the new lyrics, with some calling it “cringy” and “weird.”

Despite the negative comments on Twitter, the reactions on YouTube were largely positive and a few users even described Rabithah’s cover as being “better than the original.”