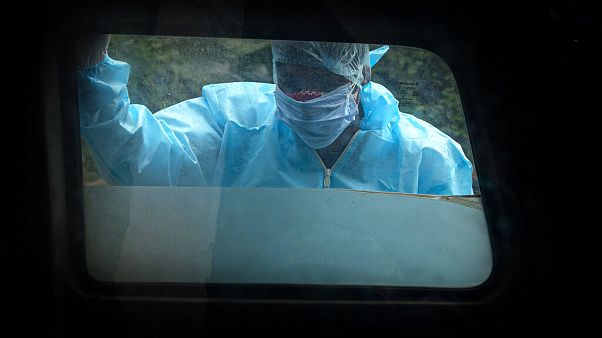 European states must fight back against “COVID-19 fatigue” as citizens – particularly young people – grow increasingly frustrated with measures such as social distancing, mask-wearing and lockdowns that have been used to combat the spread of the deadly virus.

Speaking in Denmark, WHO Regional Director for Europe Hans Henri Kluge said that fatigue during the months-long battle against coronavirus across the world was understandable, and an expected and natural response to the virus.

“This pandemic has taken so much from us […]. Fatigue is natural – it needs to be understood,” he said.

But Kluge said that European governments and health authorities needed to counter resistance to such measures, stressing that while the world was far better equipped to deal with coronavirus than it was in March, the fight against the virus was far from over.

“No one is safe until everyone is safe,” he said.

Kluge said that the WHO had come up with a number of strategies to deal with fatigue, including finding better ways to engage individuals and communities, particularly young people, about why measures to prevent the virus are still important.

“We must make an effort to understand the barriers they face […] acknowledge the hardship,” he said. “We move from do not do, to do differently.”

In response to a question about the measures taken by European states that have relaxed their lockdowns, Kluge said: “I am concerned about all 53 European member states.”

But he added that governments and health authorities were not in the same position as they had been in February, when the pandemic first began to spread across the world.

“Today in September is not yesterday in February,” he said, and Europe is far better equipped to deal with the virus and those who contract it.

‘This is complicated stuff’

Earlier on Thursday, the emergencies chief of the WHO said scientific disagreements over COVID-19 interventions — like masks and vaccines — shouldn’t be treated as “some kind of political football,” but acknowledged that “it isn’t easy for everyone to be on message all the time.”

Asked to respond to the open disagreements between U.S. President Donald Trump and the director of the U.S. Centers for Disease Control and Prevention over the effectiveness of masks and when a coronavirus vaccine might be available, Michael Ryan said “it is important that we have consistent messaging from all levels.”

“This is complicated stuff,” Ryan said at a press briefing on Thursday. “What is important is that governments (and) scientific institutions step back, review the evidence and give us the most comprehensive, easy-to-understand…information so that people can take the appropriate action.”

WHO has previously said it is possible there may be enough data from ongoing trials into coronavirus vaccines to know by the end of the year if one of the experimental shots is safe and effective enough to use globally.

On Wednesday, Trump predicted this could happen next month and that a mass vaccination campaign in the U.S. could start shortly afterwards. He called the U.S. CDC director Robert Redfield “confused” for projecting a longer timeline.