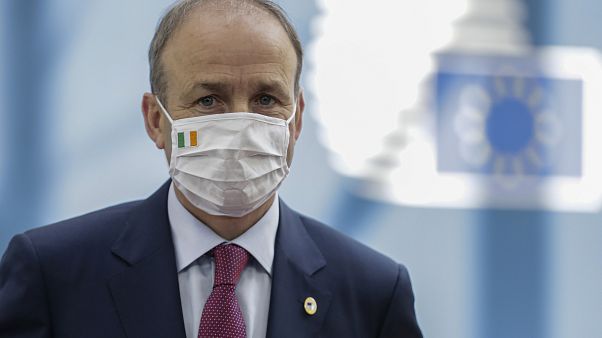 Irish ministers have been told to restrict their movements until the health minister is tested for COVID-19 after he announced feeling unwell on Tuesday.

Health Minister Stephen Donnelly has contacted a doctor to get tested for COVID-19, broadcaster RTE reported. Government ministers are thus advised to work from home and to restrict their movements as much as possible until the result comes in.

The Dail or parliament was suspended in the afternoon over the announcement but resumed in the evening with junior ministers answering questions from lawmakers.

Taoiseach Micheal Martin told RTE’s Six One that the decision to restrict the cabinet’s movement and to inform the Dail stemmed from “an abundance of caution”.

Donnelly had briefed the cabinet on the evolution of the pandemic in Ireland and attended a press conference on Tuesday to outline the government’s latest plans to kickstart the economic and social life.

The government said on Tuesday that “Ireland is moving from a short-term emergency response approach to a medium-term approach to managing risk” and that it is at Level 2 of the Plan for living with COVID-19.

The Plan has five levels and lower levels are activated when there is a low incidence of the disease.

Ireland reported 357 new COVID-19 cases over the previous 24 hours, taking the total number of infections in the country since the beginning of the pandemic to 31,549.

A further three people also succumbed to the disease over the past day, the health ministry confirmed on Tuesday, bringing the death toll to 1,787.

At Level 2, schools, restaurants, pubs and gym, are open and private gatherings of up to six visitors from up to three households are allowed. Organised indoor gatherings of up to 50 people will also be allowed while up to 200 will be able to at outdoor events depending on the venue’s size.

However, additional measures continue to apply in Dublin. No more than two households can meet at any given time ad in groups of maximum six people while pubs and bars not serving food will remain closed beyond September 21.

Leo Varadkar, the deputy head of the government told reporters the additional measures are because “the situation in our capital is worrying and has deteriorated in the past few weeks.

“The level of the virus is circulating in our city and county has increased more than tenfold in the past two months. The positivity rate is about 3.5%, against 2% in the rest of the country,” he added.