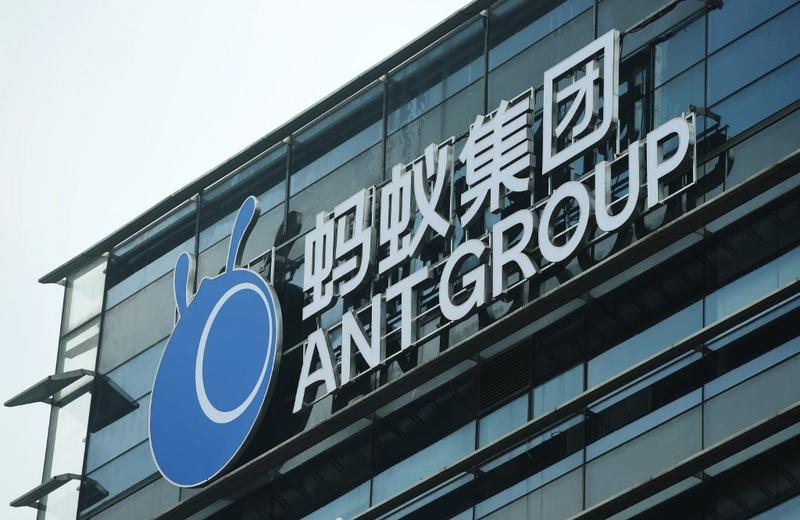 There’s no shortage of superlatives for Ant Group Co’s initial public offering. Here’s a look at some of the key metrics, and why billionaire Jack Ma seems to be such a fan of the number eight.

Ant’s US$34.5 billion IPO blows past the previous record, set last year by Saudi Aramco at US$29 billion. Ant’s money raise will likely jump another US$5.2 billion once bankers sell additional shares to meet demand in what’s known as the greenshoe option. This chart of the 10 biggest IPOs also reflects the growing economic clout of Asia. The top five are all from Asia or the Middle East, and eight of the 10 are from the region, including Ma’s online giant Alibaba Group Holding Ltd and Japan’s SoftBank Group Corp. 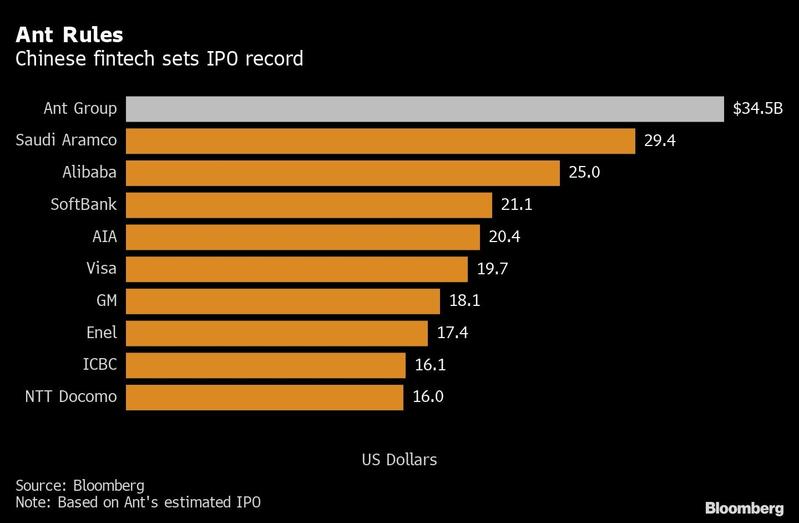 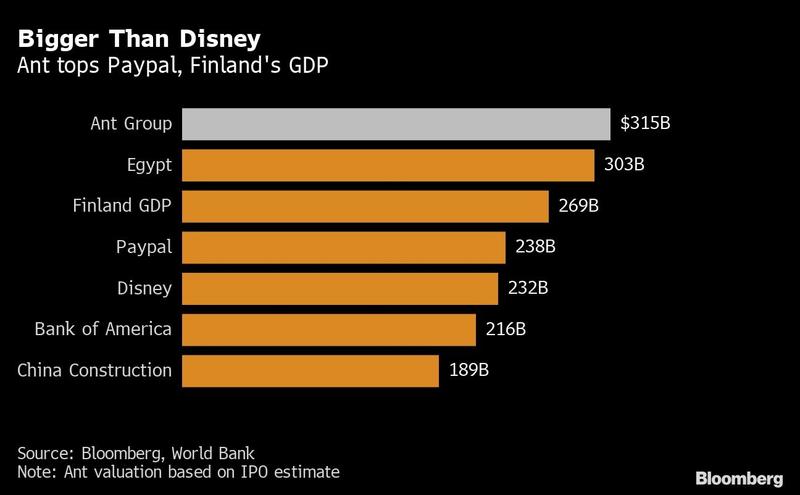 Ma appears to be a big fan of the number eight, which is often associated with wealth in China. Eight is pronounced “ba” and rhymes with the word for “prosperity” or “getting rich” in Mandarin. As a result, couples often try to get married in August, the 8th month, while eight is a popular number for street addresses and apartment floors. The 2008 Beijing Summer Olympics opening ceremonies began at 8 pm on Aug 8.

Ant is knee-deep in eight. The stock ticker in Shanghai will be 688688; in Hong Kong it’s 6688. Six is also considered a lucky number in China. The shares were priced in Shanghai at 68.8 yuan and at HKUS$80 in Hong Kong. Ma’s Alibaba Group, which owns about a third of Ant, trades under the ticker 9988 in Hong Kong.

The eight focus seems to be working for Ma. Alibaba has soared since its Hong Kong listing last year, up 69 percent, trouncing the Hang Seng index, which is down 8 percent over that period.

Ant’s IPO was expected to attract investors from all over the world and that’s borne out in the demand for shares. Institutional investors put in orders for 76 billion shares, more than 284 times the initial offering, according to the Shanghai filing. Brokers were willing to lend individual investors credit worth 20 times their investment so they could load up on the shares. Ant is planning to stop taking investor orders for the Hong Kong leg a day earlier than scheduled as the share sale has already been heavily subscribed, according to people familiar with the matter. 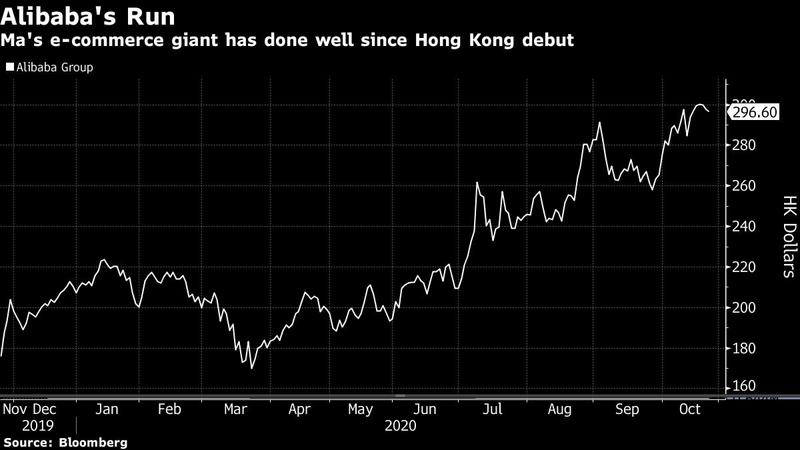 Ma, the former English teacher who co-founded Alibaba with US$60,000, is poised to become the world’s 11th-richest person after the Ant IPO.

Ma’s 8.8 percent stake is worth US$27.4 billion based on the stock pricing in Hong Kong and Shanghai. That will lift the 56-year-old’s fortune to US$71.6 billion on the Bloomberg Billionaires Index.