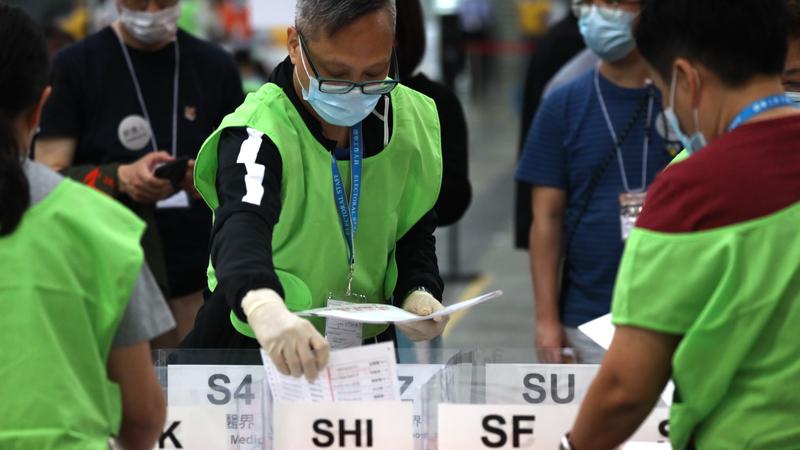 As Hong Kong tallied the votes cast on Sunday in the Election Committee elections, expatriates in the special administrative region said the newly elected members are in a good position to usher in effective governance and break the political stalemate.

Sunday’s polls elected the 1,500-member electoral body, which is empowered to nominate candidates for the Legislative Council and send 40 of its members to the 90-seat LegCo, as part of the city’s electoral reforms. The committee will also choose the city’s chief executive on March 27.

The elections are the first since the National People’s Congress, the country’s top legislature, passed a motion in March to install institutional safeguards for the principle of “patriots administering Hong Kong”.

The global financial center has been spinning its wheels in the past few years, he said, citing the frequent filibusters and overpolicization in LegCo that stalled legislation on the city’s development.

“Hong Kong could not move ahead, and many young people could see no future for themselves,” said Zeman, who was raised in Canada and became a naturalized Chinese citizen in 2008.

But the Election Committee elections, the first full implementation of the “patriots administering Hong Kong” principle and the first polls held under the city’s electoral overhaul, will ensure that everyone on the committee and in LegCo will be a patriot, Zeman said.

A patriots-led LegCo will work in solidarity, which will largely improve governing efficiency, Zeman said. “This new Election Committee will be the basis for a great, bright future for Hong Kong,” he said.

“Hong Kong will be stronger than ever” with the new electoral system in place and with a host of plans related to the Guangdong-Hong Kong-Macao Greater Bay Area, he added.

Richard Cullen, a visiting professor of the Law Faculty at the University of Hong Kong, echoed Zeman’s sentiments, saying that the city’s previous political electoral structure was used as a “political punch” to attack the HKSAR government and indirectly attack the central government. “It is a huge political shame,” Cullen said.

He said the previous “negative” and “unhealthy” structure allowed some to put political polarization above all, which ultimately led to the months-long social unrest in 2019. “This was very destructive for all Hong Kong,” the law expert said.

Given those circumstances, the reforms to the city’s electoral system will “solve the problem and make real and positive contribution to Hong Kong’s much-better future,” Cullen said.

He said he hopes the new committee will bear in mind the interests of all Hong Kong people while performing its duty.

Nury Vittachi, a Hong Kong-based journalist and author, agreed that the previous system was “unhealthy”, where everything related to the government was “automatically interpreted in a negative way.”

“It’s time to get rid of the overpoliticization system,” Vittachi said.

Angelo Giuliano, a Swiss financial consultant who has lived in the city for three years, said the improved electoral system could guarantee the city’s democracy and lead Hong Kong out of its political stalemate.

Giuliano said there are many preconditions for democracy, including strong protection of the country’s sovereignty, no violence and terrorism, a balanced media, and politicians who are willing to compromise and find solutions for the common good.

“The most important thing is making sure that only vetted patriots are able to run for office and they have the best interests of Hong Kong at heart,” Giuliano said, adding that the major change in the Election Committee elections was about having patriots govern the city.

The financial expert also said the revamped electoral system will pave the way to solving the city’s long-standing and deep-rooted problems, such as the housing and land shortage.

Giuliano said that the committee will have broader representation and give less weight to Hong Kong tycoons. “Hong Kong has been suffering from monopolies controlled by a small minority of elites that are benefiting from a ‘free lunch’ and large profits because of their monopolistic positions,” he said.

The Election Committee was expanded from 1,200 members to 1,500 seats, with new subsectors representing small and medium-sized enterprises and the grassroots.