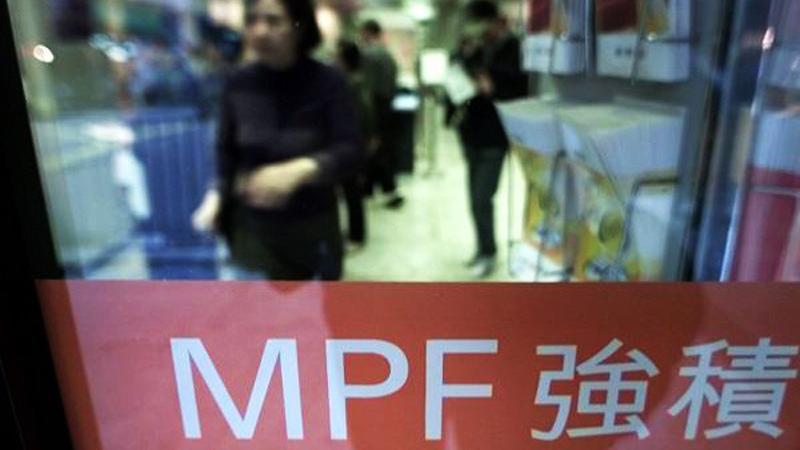 In this Nov 29, 2000 photo, a mandatory provident fund (MPF) poster adorns the window of a bank in Hong Kong. (FREDERIC BROWN / AFP)

The electronic MPF platform, due to start operation in 2022, will be a game-changer for Hong Kong’s private pension scheme by slashing investment and operating costs, boosting access to different asset classes, and installing stronger governance, according to global business advisory firm PricewaterhouseCoopers.

Next month, the Mandatory Provident Fund scheme celebrates the 20th anniversary of its launch.

Next month, the Mandatory Provident Fund scheme celebrates the 20th anniversary of its launch

“The eMPF platform is much more than a technological change: it has far-reaching implications across various building blocks in the target operating model. All stakeholders must adapt to ensure that they stay ahead of the curve,” PwC Hong Kong Financial Services Consulting Leader Albert Lo said.

Once implemented in phases starting from 2022, the eMPF will standardize, streamline and automate the existing administrative processes of the MPF system by adopting new technologies and innovative solutions. It is expected to curb operating and investment costs as the electronic platform will resolve the system’s fragmented nature. The fund’s average fund expense ratio has declined from 2.06 percent in July 2007 to 1.45 percent in March 2020.

As at December last year, 4.46 million members had joined the MPF scheme, with 14 MPF trustees, 27 MPF schemes and 409 constituent funds. As at September, the aggregate net asset value of the private pension plan totaled HK$1.021 trillion (US$131 billion), translating into an average of HK$217,000 in each member’s account. As at August, the MPF had enjoyed an annualized 4.2 percent return since its inception.

READ MORE: Making wise choices when the going is rough