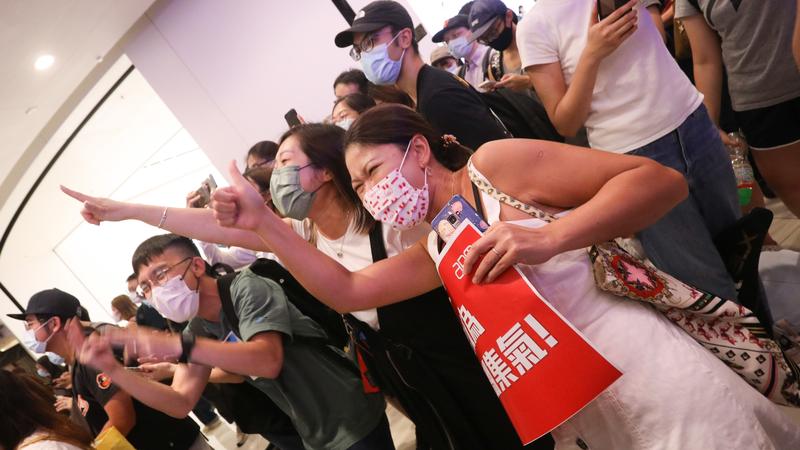 Hong Kong is seeing an Olympics craze after 24-year-old foil fencer Cheung Ka-long made history at the Tokyo Olympics on Monday evening by winning gold at Men’s Foil Individual.

Various sectors expressed congratulations to Cheung, who made headlines at home and abroad, for scooping the first gold medal after Hong Kong’s return to the motherland in 1997. It was also the second gold medal the city earned in its history.

Speaking with Cheung in a video call after the competition, Chief Executive Carrie Lam Cheng Yuet-ngor expressed her “heartfelt congratulations” to Cheung. Lam lavished praise on his “outstanding skills and calm, as well as his perseverance” during the call.

His (Cheung Ka-long’s) excellent result is testimony to the capability of Hong Kong athletes and makes all Hong Kong people proud.

She said she and others who were watching the live television broadcast are thrilled he has succeeded in making history for Hong Kong.

“His excellent result is testimony to the capability of Hong Kong athletes and makes all Hong Kong people proud,” Lam said in a statement issued after the competition.

“I wish the Hong Kong, China delegation will continue to unleash their potential in the other events and achieve outstanding results,” she added.

The city’s No 2 official, Chief Secretary for Administration John Lee Ka-chiu, said Cheung had written a brilliant chapter in Hong Kong’s sports history, adding he is proud and has full faith in Hong Kong athletes. 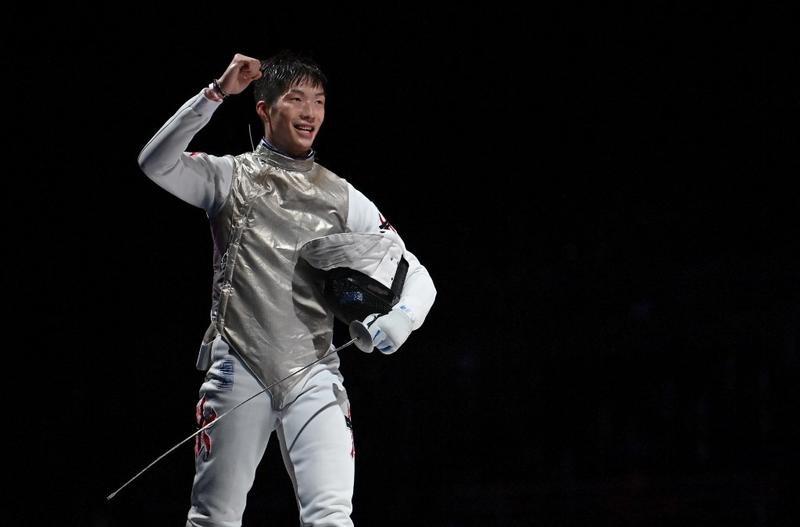 Lam Tai-fai, the chairman of the Hong Kong Sports Institute, said he believes this gold medal has incomparable meaning to Hong Kong, and the win proves Hong Kong youngsters could achieve their goals with unremitting efforts.

Kenneth Fok Kai-kong, vice-president of the Sports Federation & Olympic Committee of Hong Kong, said in a post on his social media account he was extremely happy and excited for the city’s first Olympic gold medal gained after its return to the motherland.

On Monday evening, Fok watched Cheung’s competition live along with crowds of Hong Kong sports fans in a shopping mall. He said all people were thrilled, screaming and celebrating for Cheung’s victory.

Cheung is expected to receive a cash award of HK$5 million under the Henderson Land Commendation Scheme for Elite Athletes for winning a gold medal at the top sports event.

Chloe Xu contributed to the story