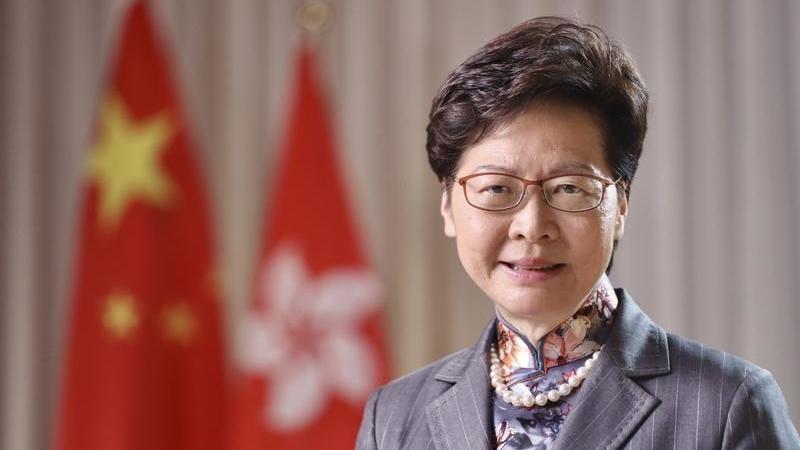 The Hong Kong Special Administrative Region’s new electoral system will prove to be a quality democracy by bringing the city substantial breakthroughs in improving people’s livelihoods, improving its economy and integrating with the mainland, the city’s top official and newly appointed Election Committee members said on Tuesday.

Chief Executive Carrie Lam Cheng Yuet-ngor said that the city’s improved electoral system will bring a high-quality democracy in line with the SAR’s reality and ultimately benefit its people.

At Tuesday’s weekly news conference, Lam said that the test of the new electoral system is whether it can enhance government efficiency and address issues of concern to the public, including housing and the city’s integration into national development.

“Don’t forget that the ultimate goal of democracy is for the good of the people,” she said.

In addition to its primary objective to close the loopholes in the previous electoral system that had threatened national security, said Lam, the new electoral system will better suit Hong Kong’s constitutional order under “one country, two systems”, and will facilitate the “executive-led” political system with the chief executive at the core.

Members of commercial subsectors represented on the committee acknowledged the greater opportunities for them to play a part in Hong Kong’s future.

Business representatives will certainly make the best of their ability to maximize trade and investment opportunities in the Guangdong-Hong Kong-Macao Greater Bay Area and serve as an essential link between Hong Kong and overseas markets, said Wu, an Election Committee member who was returned uncontested.

Fellow Election Committee member Allen Shi Lop-tak, president of the Chinese Manufacturers’ Association of Hong Kong, agreed that its members could play a role in information dissemination, consultation and supervision to ensure that the city’s businesses will make use of the opportunities presented by national development.

“To align with and make a full contribution to the national development plan, we should likewise draft a forward-looking and comprehensive re-industrialization policy and integrate it into the ‘dual circulation’ strategy and the Guangdong-Hong Kong-Macao Greater Bay Area development plan,” Shi said.

Shi said he will use his new political post to propose that the Hong Kong government devote more resources toward helping traditional manufacturers in the SAR to upgrade and transform, which he believes will “facilitate our re-industrialization and ultimately help to overcome our structural weaknesses”.

Chan Ching-chuen, a Hong Kong academician of the Chinese Academy of Engineering in Beijing, said the revamped committee would restructure the political landscape and usher in a new era of development in Hong Kong.

Noting that the election was held in an environment of openness, impartiality and fairness, Chan said that it was a milestone for Hong Kong, because it ensured that patriotic candidates could get a chance to transform society and map out Hong Kong’s future.

Oswald Chan in Hong Kong contributed to this story.