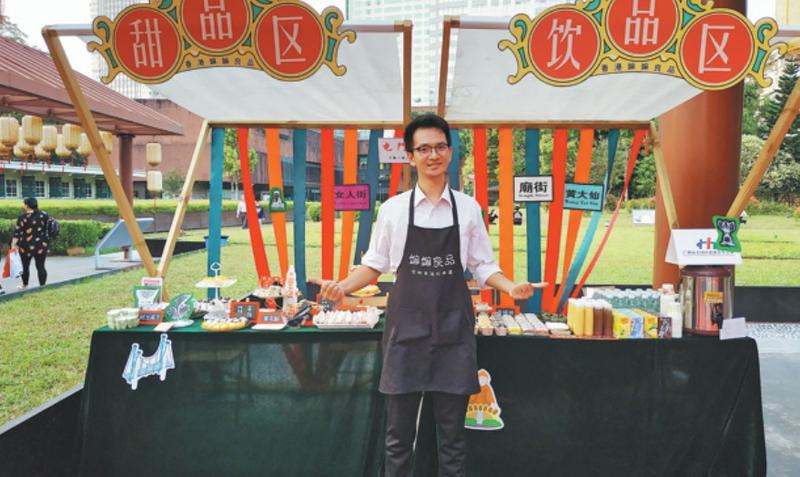 Businessman Yuen Sin-pang first arrived in Guangzhou, Guangdong province, from Hong Kong in 2008 and now has no intention of going back home permanently.

The 32-year-old’s business is based in the province’s capital. He has married a woman from the Chinese mainland and they have two children. However, just as importantly for Yuen is the fact that Guangzhou’s economy is booming in comparison with his hometown and there are far more business opportunities for him and less red tape to deal with.

Last month, he received an operating license for his new company within a week, and opened his second store in Guangzhou’s Nansha district, located at the mouth of the Pearl River. His company mainly sells frozen food products－including Cantonese-style dim sum and ice-cream－from brick-and-mortar premises and through online platforms.

“I am optimistic about the market in Nansha, as many people are moving to the booming district from outside every year,” Yuen said.

“The larger the population, the larger the market. The company’s prospects are bright and the mainland market is still maintaining strong momentum.”

It is easier to make a profit in Guangzhou than in Hong Kong, and young entrepreneurs have more choices about what business they can do in Guangdong

Yuen also likes the culture of the city and the working and living environments. He believes there are many entrepreneurial opportunities in the Guangzhou market, which is a major player in the Guangdong-Hong Kong-Macao Greater Bay Area.

Compared with Hong Kong, the markets on the mainland are much larger, but business costs are far lower, Yuen said.

“It is easier to make a profit in Guangzhou than in Hong Kong, and young entrepreneurs have more choices about what business they can do in Guangdong,” he said.

He cited spicy hotpot restaurants as an example. Yuen said it is rare to see such restaurants in Hong Kong as spicy food is not popular there, but the eateries are common in Guangzhou thanks to a large and diverse population.

With about 20 million residents, an enterprise located in Guangzhou will enjoy very brisk business if it can attract only 1 percent of residents, Yuen said. Added to that is the fact that Guangdong, a front-runner in China’s historic reform and opening-up, is the most populous province in the country with more than 115 million people.

Yuen said he grew up a “grassroots person” in his hometown, but he hoped more young people from Hong Kong could realize their dreams of living and working in “peace and contentment through business startups on the mainland”.

His two children were born in Guangzhou and he wants them to go to school there and eventually work on the mainland. Yuen said he now views himself more as a resident of the Bay Area rather than solely of Hong Kong.

He first arrived in Guangzhou 12 years ago at the urging of his teachers and friends who said there were countless business opportunities in the city. After working various jobs, he enrolled at Jinan University in Guangzhou and graduated with a business degree in 2015.

Yuen joined a program for entrepreneurs in Guangzhou in 2017 and with a 50,000 yuan ($7,400) grant established his first frozen goods store, in Panyu district, mainly selling dim sum products and snacks to individual customers, companies and schools for parties and ceremonies.

Setting up the business was a realization of his mother’s dream. For her entire working life she had made desserts for a famous brand in Hong Kong and was held in high regard for her culinary skills. However, she never opened a dessert store of her own in Hong Kong because it was too expensive, Yuen said.

His mother is supportive of her son’s ventures in Guangzhou and is pleased it takes less than 50 minutes by train from Hong Kong to visit him and his family.

Yuen met his wife Yuan Yiting at college, and she helps in the research and development of new food products.

“We are trying to explore more tastes in line with the masses, especially young people,” she said.

Guo Jingyu contributed to this story.