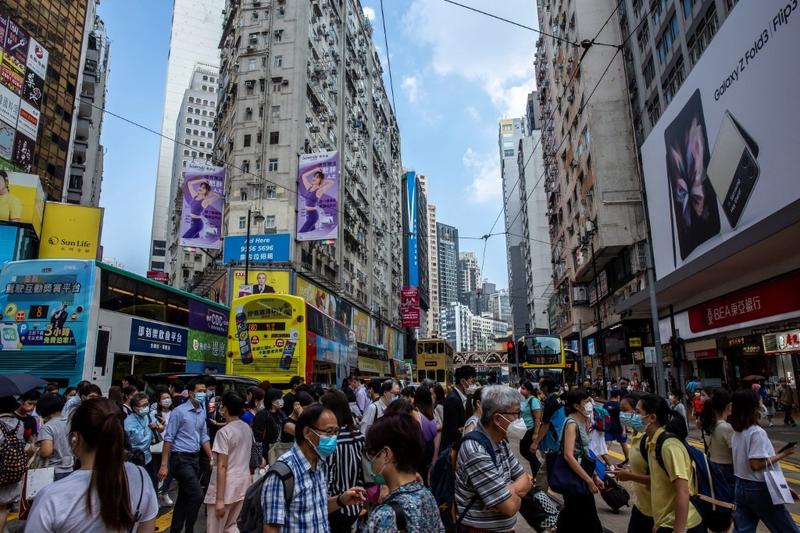 HONG KONG – Hong Kong reported one imported COVID-19 case on Tuesday as the government announced the extension of support measures for the unemployed and companies that were hit hard by the pandemic.

“I hope that individuals and enterprises will be happy to hear about the extension of these schemes because they won’t have to worry,” Lam said.

“We need to work together to ride out the storm.”

“The Hong Kong economy is stabilizing, but the operating environment of some enterprises remains challenging. The economic outlook is also clouded by the global pandemic,” Financial Secretary Paul Chan Mo-po was quoted as saying in the statement.

“The further extension of principal moratorium under the SFGS will allow borrowing enterprises to defer principal repayments for a maximum of two years. This should effectively alleviate their cash flow burden,” he added.

The HKMA also said that the application period of the PLGS will be extended until the end of April 2022 for individuals who lost their jobs.

“While the unemployment rate in Hong Kong has eased recently, business conditions remain difficult for a number of sectors, and some citizens are still facing hardship,” Chan said.

“By extending the application period of the PLGS, we can provide support to more unemployed persons who are in need, helping them tide over the interim difficulty,” he added.

The HKMA said that, as of Sept 10, more than 30,000 applications under the PLGS have been approved for a total loan amount of around HK$2.1 billion, with the average loan size at around HK$69,000.

Lam also said she appealed to Vice-Premier Han Zheng on Saturday for a meeting between HKSAR and mainland authorities to iron out the conditions that will allow Hong Kong residents to travel to the mainland without quarantine.

“Last Saturday during my meeting with the Vice Premier Han Zheng in Shenzhen, I have also, on behalf of Hong Kong people, appealed to Vice Premier Han Zheng that we are very earnest about a meeting between the two sides, with government officials and health experts and so on, so as to iron out a scheme or the set of conditions that will allow Hong Kong people to travel into the mainland without quarantine,” she said.

Lam noted that, since the launching of the Come2HK Scheme on Sept 15, an average of 400 non-Hong Kong residents from the mainland visit the city daily without undergoing quarantine.

“I cannot speculate what will come out of the meeting, but the mere fact that Vice-Premier Han Zheng has attached his personal attention to the matter, and we have received request for more information in order to prepare for that meeting, are, in my view, very good signs that we should be able to take the matter forward,” she said.

Lam also said that the Beijing Winter Olympics next year was unrelated to the issue of allowing Hong Kong people to go to the mainland without quarantine.

Meanwhile, the Centre for Health Protection said the new case on Tuesday involved a 34-year-old man who traveled to France and showed no symptoms of the disease.

He had received two doses of the Comirnaty vaccine in Hong Kong on April 20 and May 11. He also tested positive for COVID-19 antibodies on Aug 4, the CHP said.